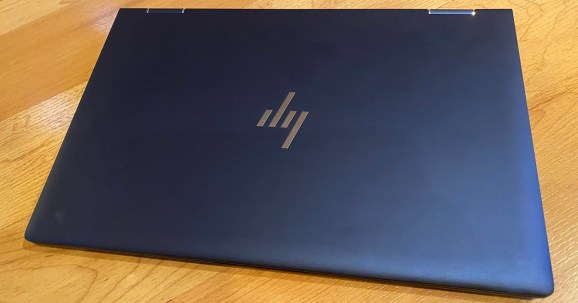 The HP Elite Dragonfly has a beautiful anodized magnesium case.

I needed a laptop to get me through CES 2020, so I turned to the HP Elite Dragonfly, a 2-in-1 notebook/tablet hybrid that boasts all-day battery life.

The device feels cool, strong, and functional, with a chance of holding its own in a very crowded 2-in-1 market. HP targets its Dragonfly brand at business users who need portability and decent performance in a package that weighs under a kilogram.

“We’re very excited about our Elite products, our Elite Dragonfly,” said HP Systems president Alex Cho in an interview with VentureBeat.  “It really pushes productivity, mobility, and security through the types of things people are doing throughout the day.”

The Elite Dragonfly has an Intel 8th Gen Core i7-8665U central processing unit with four cores and eight threads. It runs at a base of 1.8GHz and 4.8GHz max and supports Intel vPro, with a 13.3-inch full HD LED-backlit display. It has a resolution of 1920 x 1080 and 400 nits of brightness and uses Intel UHD 620 integrated graphics, which is enough to power the HD display but not great for gaming.

For storage, the 2-in-1 has 256GB NVMe SSD and a 32GB Intel Optane cache (my version had a 512GB SSD). Both make for very fast storage responsiveness. About 475GB of the storage is usable.

It also comes with 16GB of LPDDR3-2133 main memory, Bang & Olufsen quad speakers, and a 720p webcam with infrared Windows Hello support. (That works maybe half the time I open the machine). For networking, it has an Intel AX200 Wi-Fi 6 module with Bluetooth 5.0. The Wi-Fi 6 can get you on the internet at triple the speed of normal Wi-Fi.

The right side ports include two Thunderbolt 3 USB Type-C connectors, one HDMI 1.4 port, and a four-pole universal headset jack. On the left side is a USB 3.1 slot and a SIM slot for a WWAN adapter.

It has a chicklet style tenkeyless, spill-resistant white LED backlit HP keyboard. The backlight has four brightness levels, and the machine offers a seamless glass precision touchpad with integrated buttons and a four-cell battery with 56 watt hours. It weighs 2.5 pounds and is 11.98 inches x 7.78 inches x 0.63 inches. Yes, it’s really thin. It comes with a sleeve that is rather tight to put on but protects the laptop from any damage. 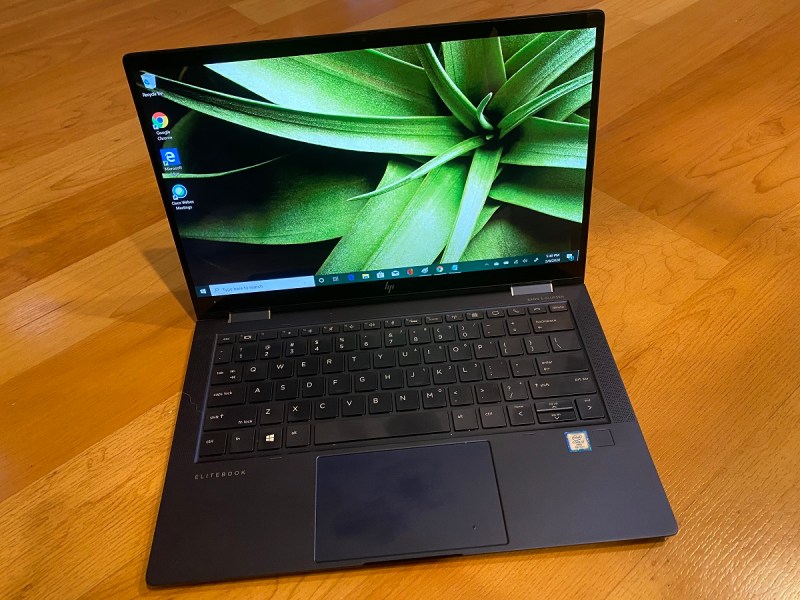 Above: The HP Elite Dragonfly offers 400 nits of brightness.

HP uses a deep blue anodized magnesium body that the company calls Dragonfly Blue. The body is crafted from CNC-machined magnesium, and I think it looks great. The keyboard felt nice to the touch, and I didn’t mess up a bunch of keystrokes when typing.

It’s a solid machine that doesn’t feel like it will break when you pick it up. Yet it’s also light enough for you to pick it up with just two fingers. By contrast, I’ve got a Dynabook Portégé X33L business laptop that feels like you could pinch a hole in it with your two fingers.

The fact that the machine has 475GB of SSD storage means it’s no slouch when it comes to storing a lot of video content. That means you can record video calls and archive them without running out of space quickly.

The bezels are small

The side bezels are quite small. The top bezel is larger, but it has the integrated webcam and microphone array.

It has fingerprint login or facial recognition with Windows Hello for hands-free access. You can also log in by typing in a security code. There’s still a slight delay logging in, as there is with just about every Windows machine.

It also has HP Sure Sense, which uses AI to defend against malware attacks by recognizing suspicious behavior in real time, thanks to AI technology from Deep Instinct. HP Sure Recover with Embedded Reimaging gets users up and running quickly in case of bad crashes. And the HP Sure View Gen3 is a privacy screen you can turn on with the press of a key so no one can see what you’re typing from the side view. It also has an HP Privacy Camera that lets you control whether the webcam is on or off. 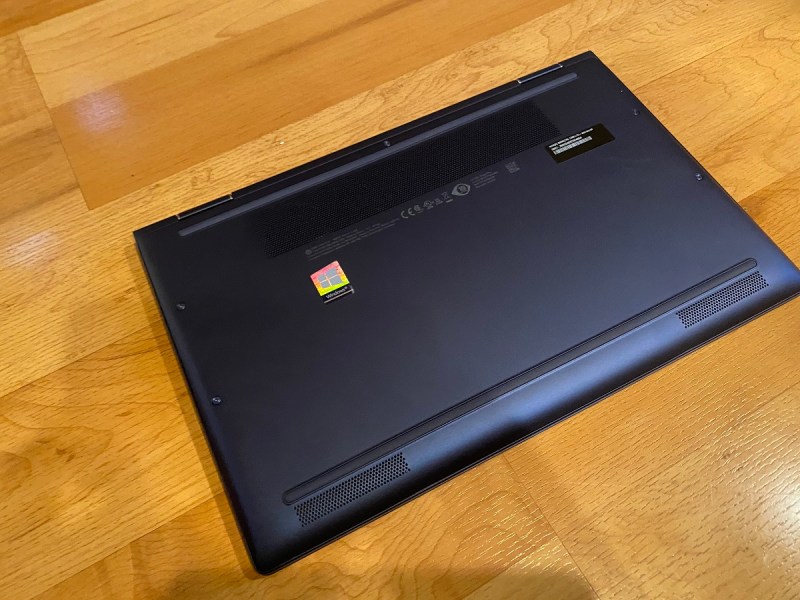 While HP says the device has a 24.5-hour battery life, your mileage may vary. There were times I was using it all day and it didn’t last as long as I wanted it to. That said, it’s far better than laptops used to be. I can remember when a laptop would last no more than two press conferences at CES.

Once in a while I need to make video calls, and it’s much easier to do so with an ethernet jack that you plug a wire into. Yes, I could use a dongle that plugs into a USB port, but there’s only one USB port, and two USB-C ports. It does have the optional gigabit-class 4G LTE.

Power button is hard to locate

The power button is on the left side, and it’s really small. I always have to peer at the side to look for it and turn it on. As you can tell, these are all pretty small problems on an otherwise excellent machine. 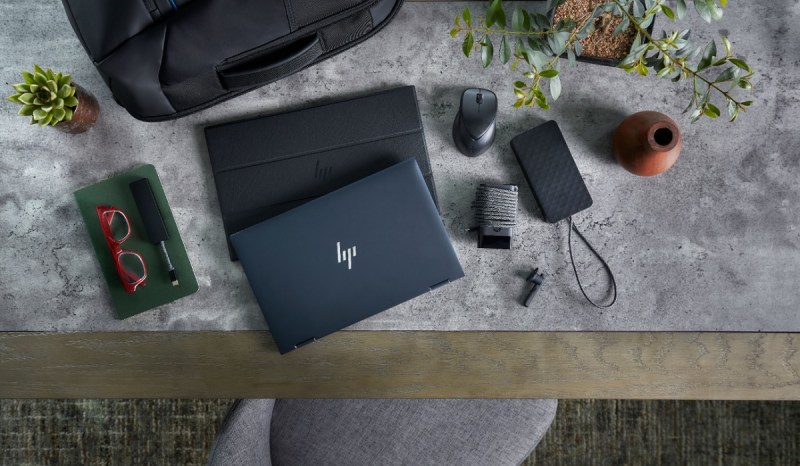 This kind of device is what you need in case of emergencies. I use it at events like CES 2020, where I need to be able to access my work files all day long. For that purpose, it works fine. Once in a while it felt like the battery drained faster than I expected, but it never resulted in a connectivity disaster. And that’s what you need in our increasingly mobile world.