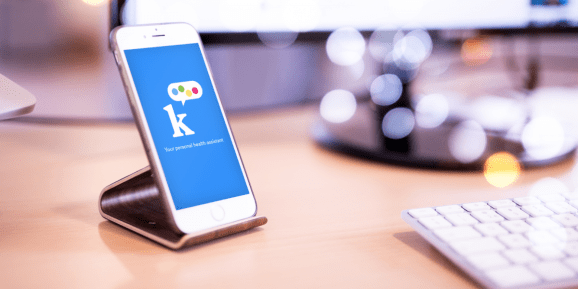 Tel Aviv-based K Health has closed a $48 million series C round to grow its telemedicine offering. Cofounder Allon Bloch, previously CEO of Wix and Vroom, believes telemedicine could help reduce the often exorbitant costs of regular doctor’s visits in the U.S. To tackle this problem, K Health’s platform ingests medical histories, clinical outcomes, and the experience of more than 10,000 doctors to deliver treatment information on hundreds of diseases.

In recent years, K Health has expanded substantially, thanks in part to partnerships with insurance providers like Anthem. The new round, which will lay runway for further growth, was backed by Anthem, 14W, Mangrove Capital, Lerer Hippeau, Primary Ventures, and others, bringing the four-year-old startup’s total raised to $97 million, following corporate rounds totaling just over $15 million.

Bloch says the funding will enable K Health to release its telemedical services in Spanish as the company “scales its model to move tech-enabled primary care to mobile devices.”

There’s fierce competition in the budding telemedicine market, which some analysts estimate could be worth $29.6 billion by 2022 — Doctor on Demand, HealthTap, PlushCare, Teladoc, and American Well are all competing for a slice of the pie, to name just a few. But Block asserts that K Health’s AI-driven approach, combined with its proprietary medical knowledge database, gives it a leg up.

K Health’s smartphone app, K — which Bloch claims has more than 1.3 million members, growing at a rate of 10,000 to 15,000 new users a day — facilitates in-app visits from a roster of doctors K users can consult for a fee, assuming they live in one of the U.S. states where service is available. The doctors review an AI-assisted breakdown of the patient’s symptoms and then diagnose, prescribe, or refer the patient as appropriate.

K sources from a database of millions of electronic health records and billions of “health events” — like nausea, headaches, and vomiting — supplied by Maccabi, Israel’s second-largest health fund. Users start by downloading an app for iOS or Android and answering roughly 20 questions about their age, gender, body mass index, health history, and symptoms. A machine learning-powered backend uses the responses to build a private profile, which it compares to insights gleaned from a corpus of over 400 million clinical notes and charts.

The results page shows a list of outcomes experienced by people in similar health circumstances, along with a percentage indicating the likelihood of each diagnosis. Reports and profiles can be shared with clinicians via a HIPAA-compliant messaging feature ahead of telemedical or in-person appointments, if users so choose.

K Health recently partnered with Anthem to develop a cobranded version of K — CareSpree — that lets the carrier’s over 40 million members chat with a doctor for “less than a copay.” For in-person doctor visits, magnetic resonance imaging scans, and X-rays, CareSpree enables users to schedule appointments at participating health care providers and pay a prenegotiated price.