Intel dominates about 95.5% of the server chip market with its x86-based processors, and AMD has the rest. But Ampere is targeting power-efficient, high-performance, and high-memory capacity features.

Renee James, former president of Intel and CEO of Ampere, said in an interview with VentureBeat that the chip is faster than a 64-core AMD Epyc processor and Intel’s 28-core high-end Xeon “Cascade Lake” chip.

“We’ve got the most cores in the market. It’s now in the hands of some of the industry’s largest cloud providers,” James said. “We are very happy where this came out. I think people will be surprised. There is always something that comes next. And if it doesn’t come from the incumbent, it comes from the disruptor. It’s exciting to be working on what I think is next.”

Santa Clara, California-based Ampere is backed by private equity investment firm the Carlyle Group. James hopes to take on Intel with the ARM architecture that is used in the world’s smartphones and known for its efficiency in providing performance at very low power levels. Ampere was built from the ashes of Applied Micro Circuits. 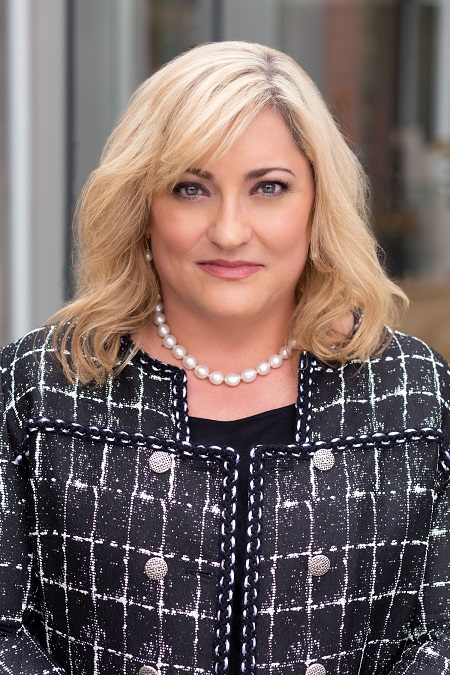 Ampere came out of stealth about a year ago and is partnering with world-class original device manufacturers and original equipment manufacturers (that is, big computer makers).

The category of 64-bit ARM server chips went through its own hype cycle a few years ago, with companies such as Advanced Micro Devices and Applied Micro trying to design chips based on ARM instead of Intel’s x86 architecture, which powers almost all of the world’s Windows PCs and Macs. But those companies failed. AMD shut its ARM project, and Macom acquired Applied Micro in 2016. The Carlyle Group bought the ARM central processing unit (CPU) division of Applied Micro from Macom in 2017. The acquisition was finalized late last year, and James took over as CEO, leaving her position as an operating executive at the Carlyle Group.

James had stepped down from her role as Intel’s president in February 2016. She joined the Carlyle Group to make investments and found that semiconductor companies were becoming more popular as investments again. But James said the amount of money required to bring chips to market is huge, and getting Ampere off the ground required private equity backing from the Carlyle Group, though she isn’t saying exactly how much.

Above: Ampere’s Altra can fit nicely in a 42-unit server rack on the Mt. Snow platform.

Jeff Wittich, senior vice president of products, said in an interview that the Ampere Altra was designed to provide the features that are increasingly demanded by customers and specifically optimized for cloud usage. The way the cloud utilizes performance, security, and power efficiency is much different from more traditional enterprise datacenter environments.

Power consumption is also a growing challenge for all modern datacenters, especially those operating at hyperscale. Due to the growth in datacenter use cases, power consumption continues to rise. It is estimated that datacenters are currently utilizing 3% of the world’s electricity, and that is projected to grow to 11% by 2030. Simply scaling up existing power-hungry CPUs is not enough to address the need for more compute to feed the data explosion.

Ampere Altra’s single-threaded cores, and the dense, power-efficient servers they make possible, will enable customers to maximize the number of services they can deploy in the cloud and at the edge, the company said. 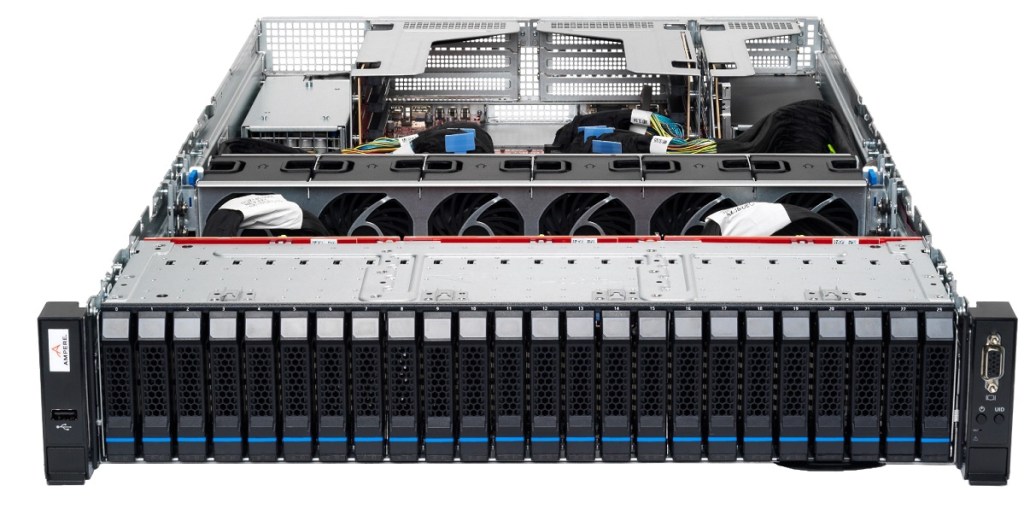 Above: One of Ampere’s sample Mt. Jade servers with its 80-core processor.

The Ampere Altra processor is based on the Arm Neoverse N1 platform, and it represents a breakthrough in performance and power efficiency for hyperscale computing, said Rene Haas, president of the IP Products Group at Arm, in a statement.

Ampere has also partnered closely with TSMC to utilize its 7-nanometer process technology for the highest performance, most power-efficient, and densest transistors. In a 7-nanometer process, the chip circuits are seven billionths of a meter wide.

Ampere Altra said it is already providing samples to customers around the world, including many of the top cloud service providers, with both 2-socket and 1-socket platforms available. Full production is expected in mid-2020. 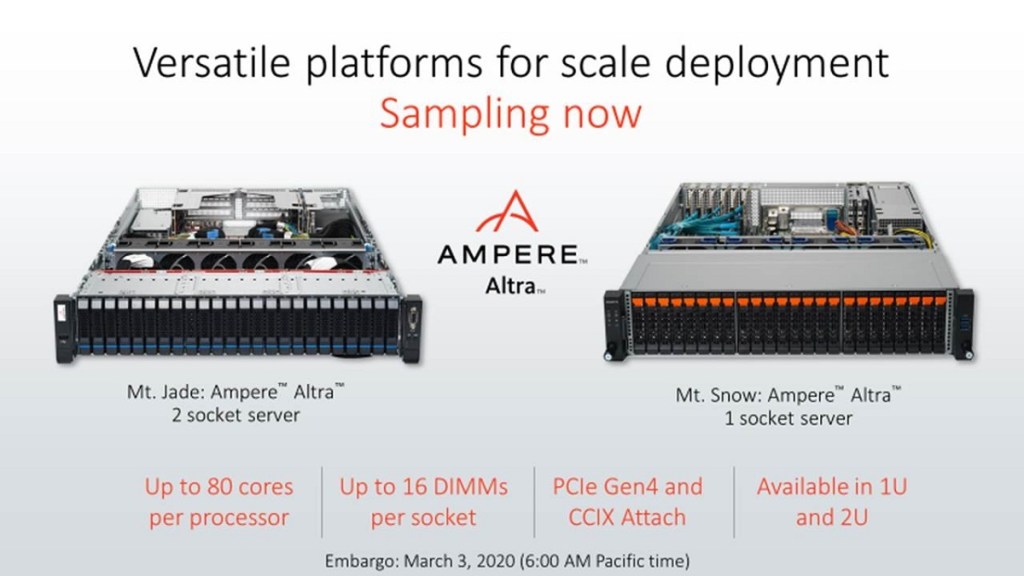 And the company says software is ready for the Ampere Altra.

“The big thing now is that if you look at across all the layers, the OS level, all — from Linux to BSD to Windows — all support Arm,” Wittich said. “On standardization virtualization, you have support from Kubernetes, Docker, VMware, and KBM. Everything is supported there. At the application level, everything that runs in the cloud today already runs on us.”

Wittich said the Ampere chip is 14% better than AMD’s fastest Epyc chip on power efficiency and 4% faster on raw performance. And it was 2.11 times better than Intel’s rival chip on power efficiency and 2.23 times better in raw performance. He said that means you can put them in a 42-unit server rack without running out of power. The Ampere Altra runs at 3 gigahertz.

“We’ve got leadership performance versus anything in the market today. We knew we needed to go higher than 64 cores,” Wittich said. “Eighty cores scale well from memory and a PCI perspective. And for us, this is just the beginning. We’ll have another product on the market a year from now, codenamed Mystique. We will push the core count higher and make sure we have core-count leadership.”

Asked if the coronavirus is having any effect on production, Wittich said the company has contingency plans in place for production, given the supply chain’s presence in China.