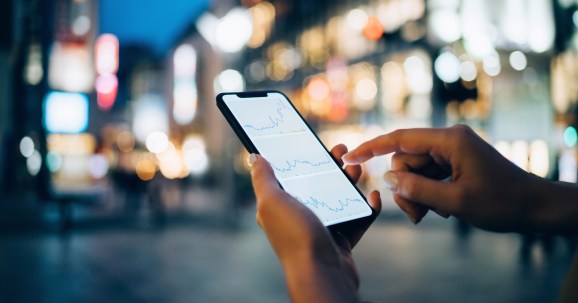 Perhaps most notably, Apple’s 7.8% sales increase reversed a trend of four consecutive quarterly declines — the boost can perhaps be attributed to Apple lowering the price of its last flagship, which launched in September.

“A slight lowering of the prices of the iPhone 11 series, compared with the iPhone XR, and other price reductions for previous-generation iPhone models increased demand,” noted Annette Zimmermann, research vice president at Gartner.

Huawei, which remains in third place overall, also saw a small decrease in sales for the fourth quarter. For context, the U.S. placed Huawei on a trade blacklist last year, meaning the company can no longer use Google’s version of Android, which includes the full suite of Google apps. This restriction will have little impact in Huawei’s domestic Chinese market, where the company uses its own forked version of Android anyway, but it will likely deter international consumers from buying Huawei devices in the long run. We may see Huawei sales drop further as the impact of the trade ban affects future flagship phone sales.

“If Huawei continues to face a ban on accessing technology from the U.S. in 2020, its smartphone prospects in the international smartphone market will be severely impacted,” added Anshul Gupta, senior research analyst at Gartner.

Above: Table 1: Worldwide Smartphone Sales to End Users by Vendor in 4Q19 (Thousands of Units)

With Gartner’s Q4 smartphone sales figures now in, we also have a clearer picture of the full calendar year. Samsung, Huawei, and Xiaomi all increased their smartphone sales last year, even though overall smartphone sales dropped by 0.5% between 2018 and 2019. And although Apple ended the year on a high, the bigger picture for 2019 showed iPhone sales falling by more than 15 million.

Above: Table 2: Worldwide Smartphone Sales to End Users by Vendor in 2019 (Thousands of Units)

Huawei performed best overall (YoY), with sales increasing by around 18% to 48 million, boosting the Chinese company above Apple to second place, with a market share of 15.6% — a full 3 percentage points ahead of its Cupertino counterpart.

It is worth pointing to one potential upside of the Google trade ban for Huawei, as earlier reports indicated that the ban spurred a patriotic increase in Huawei’s domestic sales in China. Indeed, Huawei grew its market share in China by 37% in 2019, according to Gartner.

So 2019 was a mixed bag for both Apple and Huawei. Apple’s year wasn’t particularly great, but it ended well. And while Huawei looked pretty good overall, its year ended on a slightly sour note, with a drop in sales.

2020 is already shaping up to be an interesting year, due to numerous factors. Apple has warned of the impact the coronavirus will have on its Q2 revenue, while new foldables will enter the fray in various shapes and sizes, and 5G will gain a firmer foothold.

“The fierce battle between Samsung and Huawei in the foldable phone market will be interesting to follow this year, as each vendor takes a different approach,” Gupta said.