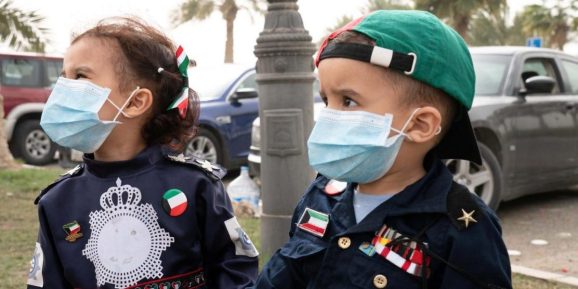 With novel coronavirus COVID-19 disinformation campaigns already in full swing, Facebook has announced a partnership with the World Health Organization to fight back.

In a post, Facebook CEO Mark Zuckerberg said the company will give unlimited free advertising to the WHO. The company is also considering handing out free ad credits to other organizations fighting the pandemic and searching for additional ways to support these efforts.

“We’re focused on making sure everyone can access credible and accurate information,” Zuckerberg wrote. “This is critical in any emergency, but it’s especially important when there are precautions you can take to reduce the risk of infection.”

As alarms have been raised over the growing number of cases, there has also been increased concern about the waves of fake news and disinformation surrounding government efforts and recommended precautions.

In late February, the U.S. Department of State said it had found evidence that Russia was creating fake social media accounts to sow fear and confusion around COVID-19. The WHO has labeled the overwhelming amount of information an “infodemic.” Misinformation actually sparked riots in one Ukrainian village over fears about evacuees being returned from China.

Facebook has proven to be one of the most powerful conduits for those waging disinformation campaigns. While the company insists it’s taking steps to address the problem, it has frequently balked at limiting obviously misleading content, such as false claims made in political ads or posts.

But the company is trying to put on a different look when it comes to COVID-19. Zuckerberg wrote that in addition to the ads, the company will also use the platform to steer people toward vetted information.

“If you search for coronavirus on Facebook, you’ll see a pop-up that directs you to the World Health Organization or your local health authority for the latest information,” he wrote. “If you’re in a country where the WHO has reported person-to-person transmission, you’ll also see it in your News Feed.”

In addition, the company is waging its own campaign against “hoaxes and harmful misinformation,” he wrote.

“It’s important that everyone has a place to share their experiences and talk about the outbreak, but as our community standards make clear, it’s not okay to share something that puts people in danger,” he wrote. “So we’re removing false claims and conspiracy theories that have been flagged by leading global health organizations. We’re also blocking people from running ads that try to exploit the situation — for example, claiming that their product can cure the disease.”

Finally, the company is making data available to help researchers track the spread of the virus. The Chan Zuckerberg Initiative has partnered with the Gates Foundation and researchers in Cambodia to sequence the COVID-19 genome. That sequencing has been made public for other researchers.