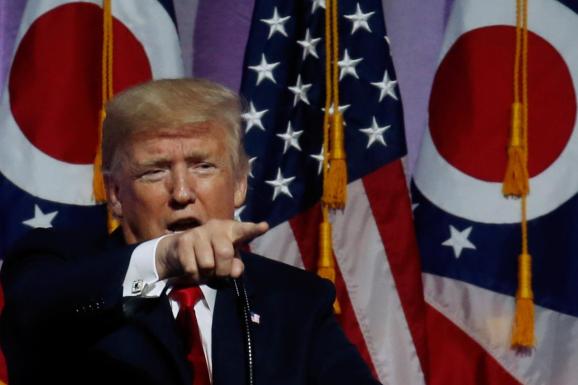 Facebook has already powered 158 million views of fake U.S. political news in 2019 and is poised to see an explosion of disinformation next year that would dwarf the 2016 elections, according to a new study.

The group is calling on Facebook to urgently implement a new fact-checking service called “Correct the Record” that would send notifications to users exposed to fake news and show them corrections verified by independent fact-checkers. While Facebook recenty announced new initiatives surrounding transparency and fact-checking, Avaaz said these measures wouldn’t be sufficient to stem the tide of disinformation.

“Every American who cares about free and fair elections in 2020, including the candidates and political parties, should be sounding the alarm about Facebook’s fake news problem,” said Fadi Quran, campaign director at Avaaz, in a statement. “This is a company that can easily reach every voter in this country, and their tools are accelerating a wave of political lies that leaves us less informed and more polarized.”

In recent weeks, Facebook has been under increased pressure to regulate false or misleading political advertising on the platform. While Twitter recently announced it would ban political ads later this month, Facebook has steadfastly insisted it will continue to run political ads regardless of whether they are accurate.

But the report from Avaaz is a reminder that such paid placements are just a sliver of the overall disinformation plaguing the platform. It should be noted that Avaaz has in the past year built an impressive track record in detecting such online abuses, particularly when it comes to Facebook.

In May, an Avaaz report called “Fakewatch”  identified 500 suspicious pages and groups linked to right-wing and anti-EU organizations that were spreading disinformation during the European Union elections. Another report in March showed that Facebook’s platform played a critical role in diffusing propaganda and misleading information about France’s Yellow Vests, or “gilets jaunes.” And in April, the group detected massive disinformation campaigns targeting the Spanish elections that again exploited WhatsApp and Facebook.

The latest report, which focuses on the U.S., tracked the top 100 viral political fake news stories that had been fact-checked by independent organizations. Just that subset of Facebook fake news reached 158 million views, according to Avaaz.

“Our investigation shows that Facebook’s measures have largely failed to reduce the spread of viral disinformation on the platform,” the report says. “To the contrary, they might have even allowed it to grow: One year before Election Day, the most viral fake news [stories] about U.S. politics were able to reach more users than what was reported from 3 to 6 months preceding the 2016 elections.”

These disinformation strategies are being leveraged in far greater numbers by right-wing forces. Avaaz found that among these top viral stories, those attacking Democrats or Liberals comprised 62% of the views, compared to 29% of the views for fake stories targeting Republicans or Conservatives. The remaining 9% comprised fake stories designed to support Republican candidates.

Avaaz says the number of views surged in the past three months as the Democratic primaries heated up and the November 2019 election approached, outstripping what was seen in the 2016 election and leading the organization to project an even bigger surge over the next year.

“This not only shows a spike of disinformation in the last three months, but also that the number of fake news interactions in this time frame — 4.6 million — appears to be 1.5 times more than BuzzFeed’s analysis identified in the period 3 to 6 months before the 2016 elections,” the report says.

The top fake stories that continue to spread across Facebook include:

Avaaz mocked up a version of what a “Correct the Record” service could look like.

Despite the numbers, it seems unlikely Facebook will take further action. Three years ago, Facebook gave users the ability to report posts that contain false or misleading news, an effort that spawned its own abuses. Facebook also vowed to deploy AI and step up its patrolling with more humans, though that hasn’t stopped the platform from being widely abused in an ethnic cleansing campaign in Myanmar.

Still, in a recent speech CEO Mark Zuckerberg defended the platform as an important bulwark of free speech, maintaining that even false speech and disinformation are part and parcel of protecting such freedoms.

“The future depends on all of us, and whether you like Facebook or not, I think we need to recognize what’s at stake and come together to stand for voice and free expression at this critical moment,” Zuckerberg said as part of a broad-range defense of Facebook’s definition of freedom of expression. “We are at another crossroads: We can either continue to stand for free expression, understanding its messiness but believing that the long journey toward greater progress requires confronting ideas that challenge us. Or we can decide that the cost is simply too great.”