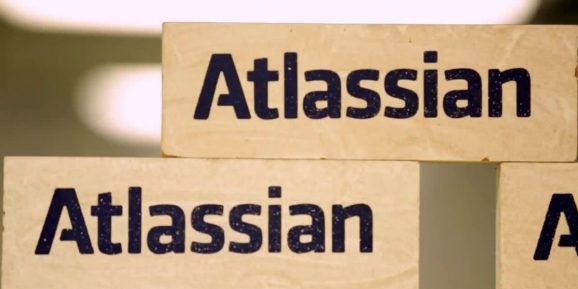 Jira, one of the most popular cross-platform tools used for bug tracking, issue tracking, and project management, got an injection of automation following Atlassian‘s acquisition of Code Barrel’s Automation for Jira, an add-on that ships with routines for things like onboarding and permissioning. Today, Atlassian revealed that it’s working to bring this automation into all Jira Cloud products — and to the customers who use those products — with the goal of cutting down on time-consuming busywork.

“Even the most inspiring initiatives can get bogged down in the monotony of everyday tasks, like manually assigning work or sending passive-aggressive reminders to update a status,” Jira Software head of product Matt Ryall wrote in a blog post. “It’s everyone’s fantasy to cast aside that busywork and focus on the meaningful challenges we signed up for.”

Automation in Jira Cloud works in a “no-code” fashion — it’s strictly a visual affair. Users can define automations by dragging and dropping rules together or by modifying a predefined template, and automations work across Jira products, enabling users to link them across Jira Sofware and Service Desk projects. 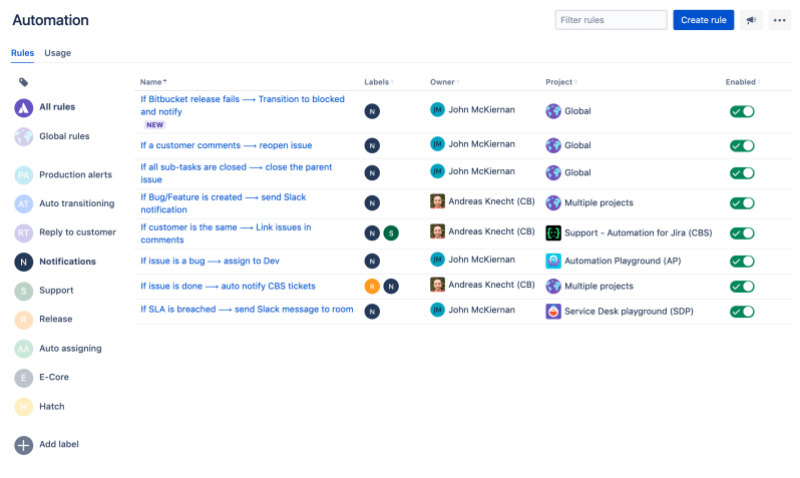 One of the templates keeps Jira up to date by closing issues and notifying the support team the moment a task for a bug fix changes to “done.” Another triages previously closed issues reopened by customers by assigning them and sending a personalized response. A third template sends a Slack message to the support team and sets a service-level agreement when an urgent issue is raised by the chief technology officer.

According to an Atlassian survey of existing Automation for Jira customers, more than half of people who’ve automated their work say it saves them more than six hours per month. About 87% say it helps them scale the way their organizations work. 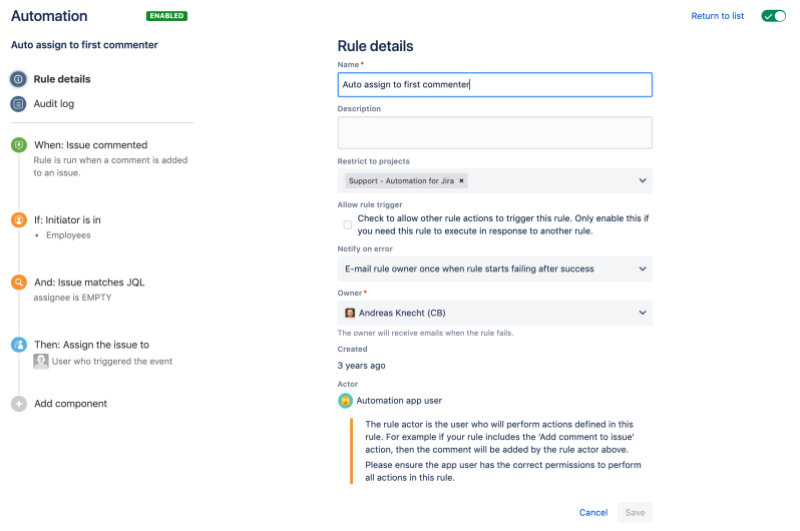 “Automation is already an integral part of any forward-thinking business strategy; in tomorrow’s world, no business will be able to prosper without it,” Ryall wrote. “We envision a world where developers spend less of their valuable time in Jira … and more time building valuable assets. Automation is now available out of the box to every user across the entire Jira Cloud family.”

Atlassian’s doubling down on automation comes after Trello, which the company acquired in January 2017, purchased automation tool Butler and incorporated it into both paid and free plans. It’s a lucrative market, to be sure — Gartner reports that revenue from technologies like robotic process automation grew 63.1% in 2018 to $846 million, making automation the fastest-growing segment of the global enterprise software segment.