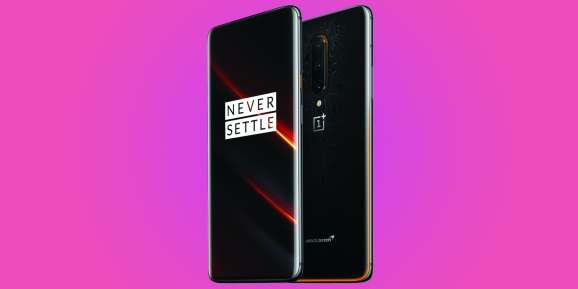 The OnePlus 7T Pro 5G McLaren will be a U.S. T-Mobile exclusive.

OnePlus is committing $30 million to “scale up and upgrade” its 5G research and development efforts. The announcement comes in the same week as the Chinese smartphone maker confirmed it would be going all-in on 5G with its next flagship smartphone lineup. “5G is a top priority in our product strategy,” OnePlus cofounder and CEO Pete Lau said in a press release.

OnePlus has built a solid reputation for its affordable flagship Android phones over the past six years and like many other smartphone makers has been slowly ramping up its 5G offerings. The company teased a prototype 5G device at MWC in 2019 before launching two premium devices in the summer — the OnePlus 7T Pro and a funkier (and more expensive) McLaren edition. However, every version of its next OnePlus 8 smartphone, which is expected to launch in April, will be 5G-enabled.

“We should be among the first smartphone manufacturers to have 5G support in a full product lineup,” Lau added. “We plan to further develop application scenarios based on the daily usage habits of users, such as cloud gaming, cloud videos, and cloud storage services.”

The company’s latest financial commitment is a reflection of 5G’s current status, with all of the major U.S. networks now offering consumer 5G services and 2020 expected to usher in myriad 5G-enabled devices at more affordable price points. OnePlus said its 5G R&D labs will focus on a broad spectrum of technologies for OnePlus devices, such as radio frequency (RF) circuits, antennas, multimedia hardware (including camera), and everything that could impact the performance of the device in a real-world setting. “With our commitment to R&D in our 5G labs, I’m confident that we will bring a faster and smoother user experience on 5G,” Lau said.