Phantom AI, a startup developing advanced driver-assistance systems (ADAS) for cars and trucks, today announced that it has raised $22 million. CEO Hyunggi Cho says it will enable the company to expand availability of its modular, software-based platform, which lets OEMs and Tier 1 automakers select components they wish to integrate and customize their configuration.

Phantom AI was cofounded in 2016 by Cho, who previously worked as a senior environmental modeling and computer vision engineer within Tesla’s Autopilot R&D team, and Chan Kyu Lee, a former senior research engineer at Hyundai. The two and their Burlingame, California-based team of roughly 20 people hope to leverage recent AI breakthroughs and geometry techniques to bring features like automatic emergency braking and emergency lane support to more vehicles, imbuing cars with up to level 4 autonomous driving capabilities (i.e., conditional automation that requires little human oversight) as defined by the Society of Automotive Engineers.

Currently, Phantom AI offers three products: PhantomVision, PhantomFusion, and PhantomDrive. PhantomVision is a machine learning-based ADAS solution that supports the detection of vehicles, pedestrians, bicyclists, and other obstacles, while PhantomFusion is a platform-agnostic tracking system that creates an environmental model from sensor data (e.g., camera images and lidar sensor point clouds). As for PhantomDrive, it’s a control product that navigates vehicles by predicting the motion of detected objects. 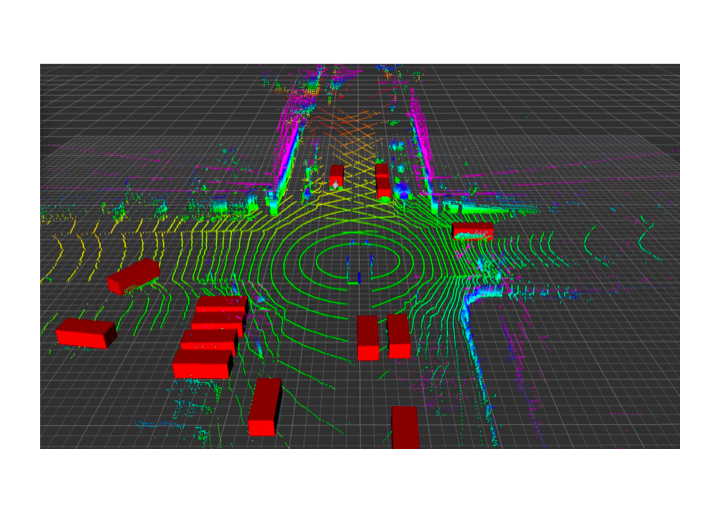 Above: A road model generated by Phantom AI’s ADAS system.

Phantom AI is vying for a slice of an ADAS market that’s anticipated to be worth $134.9 billion by 2027. It indirectly competes with Ghost, which last year nabbed $63.7 million to develop an aftermarket kit that gives cars self-driving capabilities. There’s also hacker icon George Hotz’s Comma.ia, which is similarly developing a turnkey automated driving system. Toronto-based X Matik sells an aftermarket kit — LaneCruise, which starts at over $2,000 — that promises to give cars limited autonomy. And Intel-owned Mobileye plans to deploy fleets of fully autonomous cars in the next few years.