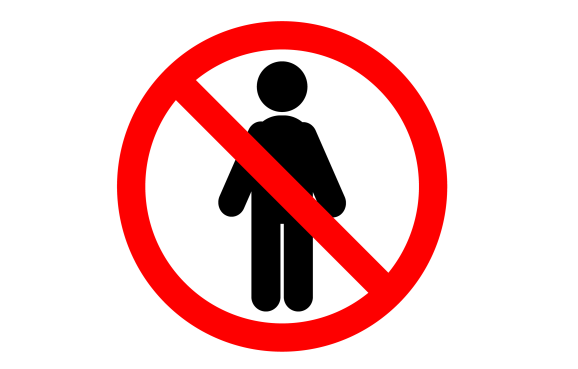 After COVID-19, there’s no going back to the way things were. There won’t be sporting events or concerts with thousands of people sitting in close proximity for a long time. The open office floor plan will likely become a relic of a bygone era. It is, as The New York Times stated recently, the end of the economy as we knew it.

What we’re witnessing is the epitome of a “burning platform,” a metaphor for a crisis that demands drastic change. Much like a wartime atmosphere, we’re in a moment when changes such as universal healthcare and universal basic income suddenly seem possible.

There is no going back, and looking forward offers no clear view of just what comes next, only radical uncertainty and possible scenarios. We are indeed looking through a glass darkly.

The next several years will be tumultuous amid a severe economic downturn as society seeks the “next normal.” What we do know is that existing trends will be accelerated from sheer economic necessity even as new trends emerge. These rapid changes will include the acceleration of enterprise digital transformation and the automation of work.

During this time AI-driven automation led by computer vision, IoT sensor arrays, and pervasive connectivity will accelerate the replacement of humans in the production process. Not just because automation technologies are now capable of performing these tasks but also because — unlike humans — machines do not get sick, go on strike, or stop production.

Recent examples of meatpacking plant closings highlight the problem. “The whole system is gummed up,” Iowa State University agricultural economist Dermot Hayes said in a USA Today story. “It’s not just the farm and the packer. It’s all along the chain.”

2025: AI-powered automation is part of the next normal

With digital transformation accelerating, that chain could look very different a few years from now. Already, a highly automated meatpacking plant that employs fewer people is remaining open. A more fully automated food supply chain could reduce future scenes of empty store shelves, long lines at food banks, and crops rotting in the fields. Over the next five years, AI-powered automation will be far advanced and an ingrained feature of the next normal.

Starting with the farm, 75 million connected agricultural devices such as drones, tractors, and sensors are already producing volumes of data for analysis and insight. For example, Bear Flag Robotics is using computer vision for autonomous tractors that can work fields around the clock without a driver, using sensors like those in autonomous road vehicles. Workers at NatureFresh Farms don’t need to patrol the aisles of their 185 acres of greenhouses to see if crops are ripe. Instead, robotic cameras collect images of plants, feeding the data into AI algorithms that calculate exactly when blossoms will transform themselves into fully ripe vegetables.

Harvesting and sorting are also using AI-powered automation. Agricultural robots (known as “agribots”) are starting to be used to harvest crops at a higher volume and faster pace, more accurately identify and eliminate weeds, and reduce costs. For example, Harvest CROO Robotics  has developed a strawberry picking agribot. BBC Technologies uses computer vision to classify and sort up to 2,400 individual blueberries every second to determine which should be eaten in a week or would be better for a long journey from South America to the United States.

Beyond farm and ranch, retailers will know exactly what products their customers want, how much, where, and when. Many of these applications are still in early stages of maturity and adoption. Necessity will drive rapid advances and within several years could approach maturity, resilience, and widespread implementation. By 2025, Agribots, “lights out” warehouses, cashierless checkout, and home delivery by autonomous vehicles will move from curiosities to commonplace.

Broad impact on industry and society

The food sector is hardly the only one that will speed-up AI adoption and automation because of the crisis. Similar trends are taking place in banking, retail, consumer goods, insurance, pharmaceuticals and others.

A survey of nearly 800 executives worldwide by Bain & Company estimates the number of companies scaling up automation technologies will double in the next two years. The firm noted: “As companies adapt to new routines and prepare for a pending downturn, automation solutions that might have been years away a few months ago, are suddenly right around the corner.” Examples of manufacturers who plan to speed up automation efforts include LG Electronics, VW, and Hyundai.

The debate about what impact AI-driven automation will have on jobs and the workforce, both in terms of timing and reach, has so far been mostly theoretical. This is because large-scale automation throughout industry supply chains has not been technically feasible to date. That is changing rapidly. At the same time, the crisis will force businesses to adopt lower cost and higher efficiency technologies as a matter of survival. Increased automation will add much needed resilience to complex systems and help to better manage future pandemics and other black swan events.

Kevin Scott, CTO at Microsoft, is optimistic about jobs, claiming that AI will create new opportunities. His view is similar to others who believe that AI and robotics will drive economic growth and release people from performing mundane, boring, and unfulfilling tasks, while creating new roles. However, those new roles have not really materialized, at least not yet, while the crisis at hand will push automation forward at an accelerated rate.

Perhaps those hoped-for new job categories will still emerge. Economics Professor Johannes Moenius at the University of Redlands noted that the workforce that companies will need after the recovery will likely look quite different from the workforce needed before. People will increasingly need a blend of technical abilities to develop and administer automation tools combined with social, collaboration, and design skills.

While AI has been around in various forms for 70 years, it is the decade ahead that will mark the true beginning of the AI era, when it moves from game master to broad industry adoption. This transformation will have profound impacts on society.