While much of the focus on wearable visual technology has been on glasses or contact lenses that promise to augment human sight, a South Korean research team has announced a different sort of innovation: smart contact lenses that can preserve the sight and broader health of users with diabetes.

According to researchers at the Pohang University of Science and Technology, the wirelessly powered wearables will be capable of diagnosing, monitoring, and delivering medicine to treat diabetic retinopathy. Given their location directly on the eyes, the lenses are made from biocompatible polymers, using tiny sensors for real-time measurement of glucose levels in tears. If the wearer is determined to need insulin, drugs encased inside the lenses can be released directly where they’re needed.

As predicted, health-focused wearable technologies have become a multibillion-dollar industry in recent years, with the lion’s share of attention going to smart watches — a natural starting point for small computing devices, with numerous potential advantages for businesses. But wireless earbuds, smart glasses, and contact lenses have continued to become more practical thanks to ever-shrinking components, all with the option to include health-monitoring biometric sensors. Just like standard contact lenses enabled wearers to shed their glasses, smart contact lenses could free diabetics from the need to tote around larger monitoring and treatment kits.

Backed by the South Korean government and Samsung, the researchers and their commercialization collaborator Interojo are currently preparing for clinical trials of the smart lenses, which are expected to use miniaturized data communications and wireless power technologies. Samsung is already one of the world’s leading makers of wrist-based wearables, with an increasing focus on health applications. Further research is underway to determine whether the underlying “electroceutical” platform could treat Alzheimer’s and Parkinson’s diseases, as well as mental illnesses, using direct electrical stimulations. 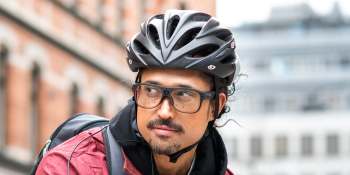 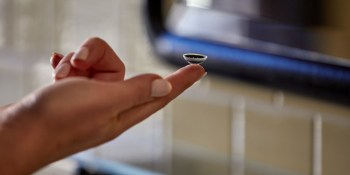 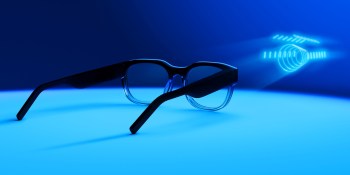