Cockroach Labs, the company behind the open source distributed SQL database CockroachDB, has raised $86.6 million in a series D round of funding co-led by Altimeter Capital and Bond. Alphabet’s venture capital arm, GV, also participated in the round, having co-led its $55 million series C round back in August.

The latest raise, just nine months after its previous VC investment, comes as the COVID-19 crisis has pushed companies to embrace the cloud, including remote-working tools, online education, telehealth, and entertainment. A Canalys report last week found that even though the growth rate in cloud spending is slowing, overall spend is continuing to rise, for a record $31 billion in Q1 2020.

Founded in 2015, New York-based Cockroach Labs offers businesses a multi-region database with the latency of a single region. Through CockroachDB, companies can store multiple copies of their data in different locations to ensure constant, uninterrupted access to all their mission-critical information. This is useful if there is an outage in one locale, for example, as CockroachDB reroutes traffic to alternative versions of the data, whether the disruption is due to machine failure or scheduled maintenance.

CockroachDB allows businesses to “give their data a location,” as Cockroach Labs puts it, which is useful not just for reducing latency, but also for complying with data protection laws that stipulate where data must be stored. In effect, companies can tether specific data types to specific datacenters in designated locations. 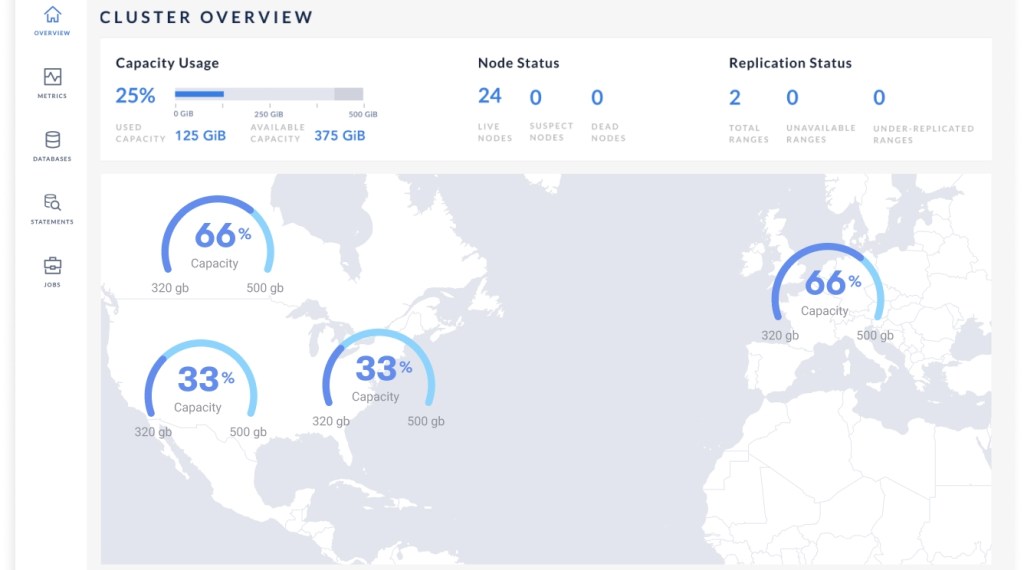 Cockroach Labs had previously raised around $108 million, and with another $86.6 million in the bank it’s well-positioned to capitalize on the continued growth of the cloud services market, which Gartner predicts will increase 17% to $266 billion in 2020. Cockroach Labs said in a statement that its fresh cash injection comes “ahead of need” and will eventually be used to invest in R&D as the “the COVID-19 pandemic accelerates the race to the cloud.”