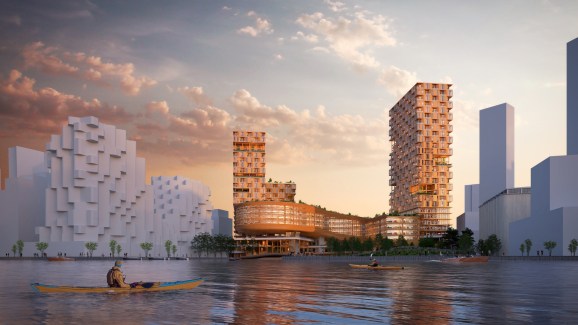 Yesterday, Alphabet’s Sidewalk Labs killed its Toronto smart city project, raincoats designed for buildings, heated pavement, and object-classifying cameras will not be traded for unprecedented data collection. Privacy advocates celebrated — Big Brother would not be gaining even more invasive power to surveil residents. But this story is far from over. Whether one hoped for a smart city or feared it, the reality is this project did not live or die on its merits. Nor did it get axed because of “unprecedented economic uncertainty,” as Sidewalk CEO Daniel Doctoroff suggested. The pandemic was just the scapegoat.

The rest of 2020, and possibly beyond, is going to be filled with stories about companies pulling back due to the economy. Look out for them, because they are going to be instructive of what were the riskiest bets in the first place. If you run a business, it might be time to rip off the Band-Aid yourself.

Pandemic or not, it is always instructive to follow the money. Sidewalk Labs is a Google sister company under the Alphabet umbrella. Other Alphabet companies include Calico, CapitalG, DeepMind, GV, Google Fiber, Jigsaw, Loon, Makani, Verily, Waymo, Wing, and X. These moonshots are not broken out in Alphabet earnings because frankly, none are profitable. Instead, they are lumped together under a line item called “Other Bets.” Last week, Alphabet reported its Q1 2020 earnings during which Other Bets revenue was down 21% to $135 million, while losses were up 29% to $1.1 billion. Yes, Other Bets burned eight times more cash than it generated.

In December, when Google’s CEO also became Alphabet’s CEO, I explained we knew what to expect: Alphabet companies will either become more focused or get folded into Google. Maybe Pichai has made a decision about Sidewalk Labs. Maybe he hasn’t. Either way, the Sidewalk Labs project was low-hanging fruit — the ROI for a Google smart city was never there.

Don’t get me wrong. I was critical of the Sidewalk Labs approach and have generally argued that tech company expansions need to be less arrogant and more transparent. It’s one thing for a company to be able to halt development of an app overnight. It’s completely another to walk away from building a smart city overnight. Imagine if the smart city already had residents living in it and Sidewalk Labs decided to pull the plug. Is that really the type of control we want to hand over to tech giants?

And yet, Sidewalk Labs’ withdrawal from Toronto is not democracy thwarting surveillance capitalism. Soon after the news broke, the government-backed agency Waterfront Toronto stated “this is not the outcome we had hoped for.”

This case had more to do with the chickens coming home to roost at Alphabet; the pandemic was just the excuse. Keep an eye out for other companies using “unprecedented economic uncertainty” as cover to cancel projects, leave markets, and/or pivot — regardless of whether you are cheering for them or not.