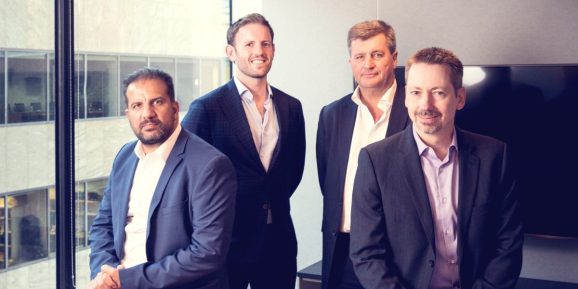 Starting today, Softomotive’s WinAutomation platform is available at no cost to existing Power Automate customers with RPA attended licenses. “Microsoft is further democratizing RPA and enabling everyone to create bots to automate manual business processes,” Lamanna wrote. “Together with Power Automate, WinAutomation will provide customers additional options for RPA desktop authoring so anyone can build a bot and automate Windows-based tasks.”

In a statement on Softomotive’s website, CEO Marios Stavropoulos said that Microsoft provided a “natural path” to not only greater scalability but complementary solutions like augmented AI and analytics. He also said that he expects Softomotive will be able to provide its customers with “better professional services” as a result of the buyout.

“As part of Microsoft, we will usher in the next phase of RPA with a true end-to-end, agile offering together. We’ve come a long way from our roots and are now ready to deliver a new RPA vision to our customers,” he said.

RPA — technology that automates monotonous, repetitive chores traditionally performed by human workers — is big business. Forrester estimates that in 2019, RPA and other AI subfields created jobs for 40% of companies and that a full one-tenth of startups now employ more digital workers than human ones. Moreover, Market and Markets anticipates the market will be worth $493 billion by 2022, with a compound annual growth rate of 19%.

Softomotive, which was founded in 2005 in Greece and moved its headquarters to London in 2015, offers a robust set of connectors and applications for desktop automations — such as SAP, HTML5, .NET, legacy terminal screens, Java, Citrix, and more — that let customers execute multiple workflows and automations in parallel and on the same machine. With a drag-and-drop user interface, macro recorder, and web recorder, WinAutomation users can define workflows based on day-to-day activities while developing, configuring, troubleshooting, and testing processes.

Prior to the acquisition, Softomotive had over 9,000 global customers in sectors like health care, banking, insurance, and telecommunications industries and had raised $25 million in venture capital from Grafton Capital. That compares with the over 350,000 organizations that use Power Automate every month, according to Microsoft.

Microsoft asserts that features like AI-based data understanding, UI-based application automation, and a database of over 315 built-in API connectors, in addition to WinAutomation and Softomotive’s server-based ProcessRobot product, differentiate Power Automate from the RPA competition. But it does have formidable competition. UiPath’s latest funding round totaled $568 million at a valuation of $7 billion. Automation Anywhere last secured a $290 million investment from SoftBank, valuing the company at $6.8 billion. And Blue Prism, Kryon, and FortressIQ recently raised over $120 million, $40 million, and $30 million, respectively.