Microsoft AI assistant Cortana is getting a dedicated app today for Windows 10 PCs as part of the operating system’s May 2020 Update. Unlike Cortana in the Start menu or pinned to the taskbar, the AI assistant can now function in a dedicated space users can resize, move, and interact with like any other PC program. Cortana responding to text commands in a dedicated app can be used to do things like start meetings, create reminders, ask for info from some native Microsoft apps, automatically suggest responses, and respond to questions like “Do I have an email from my boss?”

At launch, Cortana lead Andrew Shuman told VentureBeat the dedicated Cortana app will not respond to Alexa queries. In what may be the largest such partnership in the spirit of a multi-assistant world, Amazon and Microsoft partnered up in August 2018 to make Cortana available via Amazon Echo speakers and Alexa available through Windows 10. Few public steps have taken place since then to advance or deepen the partnership.

“It’s not in this version, but we continue to work really closely with Amazon to think about new ways to bring the two systems together,” he said. “There’s so many things that of course Amazon does well that we’re not going to do, and that starts with e-commerce and all those great experiences. So we’ll be bridging those in thoughtful ways, but we wanted to get started on a core set of first-party things that we can be great at.”

When integrated with the Azure Active Directory, Cortana users can ask questions like “Who’s Nestor?” to tell you more about the person you’re in a meeting with or “Am I free Friday morning?” The ability to tap your LinkedIn network could become part of the Cortana app experience in the future as well, Shuman said. It has been in the past. A connection with Bing can also deliver information like news, weather, and finance updates. Cortana also connects with Outlook emails and the Microsoft To Do app. Cards in the dedicated Cortana app deep link back to other Microsoft apps and can display rich information like a to-do list or calendar event details.

The future of the Cortana assistant was called into question in late 2019 after Microsoft chose to kill off Cortana Android and iOS apps and the Cortana Android launcher. However, Cortana will instead be more deeply integrated with native Microsoft apps, starting with Microsoft Teams in 2018 and Outlook last fall. Additional updates are on the way soon for Microsoft Teams, Shuman said. Teams was considered one of the fastest growing apps in Microsoft history before COVID-19 but now has 75 million daily active users and is growing even faster. Microsoft 365 CVP Jeff Teper told VentureBeat he expects Teams “will be bigger than Windows.”

“Teams usage has just skyrocketed with everyone working from home, and so that means a lot of thinking about how online meetings can be more intelligent and more thoughtful,” Shuman said. “So we have a feature that’s in Outlook already called Meeting Insights that lets you see relevant people and documents to a meeting, and thinking about how that experience will start to be across all of the Cortana canvases is an important one.”

Cortana was previously able to respond to “Hey Cortana” voice and text commands in the Windows 10 Start menu, but a dedicated app was created to make a lightweight, more coherent way to interact with an AI assistant, send a quick email, or start a Microsoft Teams meeting. The need to interact with an AI assistant can be less than ideal when you want privacy or you’re in a meeting or on a call. Alexa and Google Assistant have also introduced text input experiences in the past.

A dedicated Cortana app for Windows 10 was first unveiled by Microsoft roughly one year ago. Being available in the Windows Store means the app can more regularly receive upgrades. Some upgrades due out soon include the extension of the “Hey, Cortana” wake phrase to additional languages and Bing capabilities, Shuman said. Photos and videos for the Cortana app on Windows 10 could also be introduced in the future. 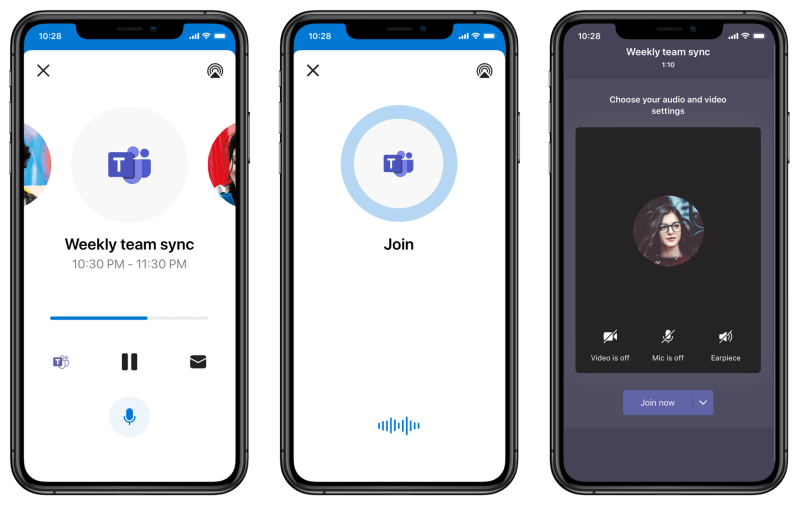 Above: Play My Email in Outlook on iOS

In addition to introducing changes to the Cortana experience in Windows 10 today, Microsoft also rolled out updates for Play My Emails for Outlook, a feature introduced last fall for iOS devices that summarizes emails and highlights to-do items to help people get to inbox zero. Updates introduced today allow you to add meetings to your calendar based on email summarizations or add items to a task list. Play My Email will come to Outlook for Android this summer.

Microsoft also announced today that it’s starting to roll out Cortana Briefings emails. Each email includes a rundown of insights from inbox text analysis along with things like upcoming calendar events, encourages people to schedule focus time, and highlights tasks found in emails that require action.