Although Oculus initially targeted its standalone Quest VR headset toward gamers, the Facebook-owned company has increasingly pitched the all-in-one device as a solution for enterprises, and the potential applications continue to grow. Today, InsiteVR announced Resolve, a new Quest app that lets teams view and collaborate on highly complex architectural, construction, and engineering models — another major step towards making the consumer platform truly enterprise-class.

The key innovation in Resolve is its ability to open and display unmodified Autodesk BIM files containing hundreds of millions of polygons, a level of detail that would have been inconceivable to render in real time on a consumer headset. Resolve uses a new Quest-optimized model loading engine to display only the portion of the 3D model that’s currently being viewed, stripping away the need to render the vast majority of details that aren’t needed at a given moment, while providing a smooth first-person VR view of both the environment and currently collaborating team members.

For construction-focused businesses, Resolve’s value is fairly obvious, enabling $399 headsets to serve as wireless 3D viewing and collaboration stations for building projects while eliminating the need to manually section or strip out BIM file details to meet a VR display device’s specs. It also adopts input systems that are optimized for the Quest: Wearers can annotate models using speech to text, measurement, and sketching tools rather than typing, while traditional computer users can follow Resolve sessions using a PC companion app. 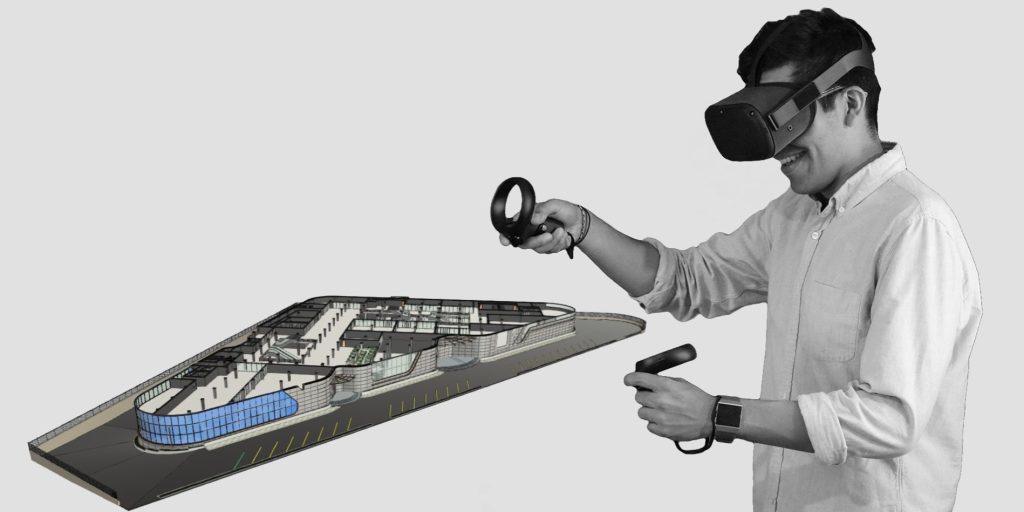 InsiteVR says it has tested Resolve with up to 500 million polygon models and file sizes up to 10GB, promising support for over 70 different file formats including Navisworks, Revit, and Smartplant. Resolve can open “any BIM file” hosted on Autodesk’s BIM 360 Docs, transmitting files wirelessly without any need for the Oculus Link cable, so users can wear Quest out in the field or in any office, assuming they can obtain a Wi-Fi connection from a router or smartphone.

Resolve is available now in early access. InsiteVR is prioritizing trials for teams that have Quest headsets, actively use BIM 360, and are working on large, active construction projects.