Onna, a platform that helps companies integrate knowledge and derive insights from workplace apps, has raised $27 million in a series B round led by Atomico. The raise comes as cloud-based services and apps have surged amid the rapid acceleration in remote working during the pandemic.

A byproduct of using various collaboration, communication, and productivity apps in the workplace is that the knowledge generated inside them can become siloed. Onna is setting out to solve this with what it calls “the world’s first knowledge integration platform.”

Founded out of Barcelona in 2015, Onna has amassed an impressive roster of clients since its launch in late 2017, including Facebook, Dropbox, Lyft, Electronica Arts (EA), and Fitbit. The Onna platform allows users to connect all their data conduits and search and manage the information from a centralized dashboard. 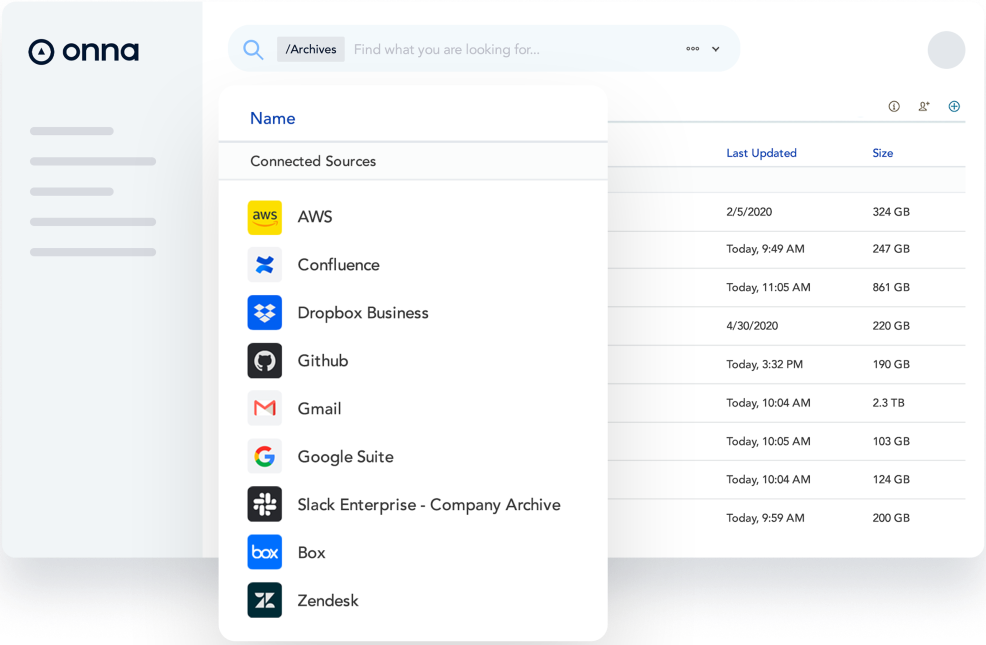 Once connected, users can search for more than 1,000 file formats (including images and video files) from across the connected apps. Onna also uses optical character recognition (OCR) to search “inside” images and PDFs. Users can drill down into types of data using proximity searches or specific boolean searches, as well as using Onna’s built-in machine learning smarts to identify specific kinds of documents, such as contracts.

Data search and discovery is only one of Onna’s use cases, though — it can also be used for information governance, archiving, and even regulatory compliance. Tapping machine learning, Onna can identify content across enterprise apps that contains sensitive or private information, such as passport numbers and photos, bank account details, and social security numbers. This is particularly important given the growing number of privacy regulations around the world, including Europe’s GDPR and California’s CCPA. 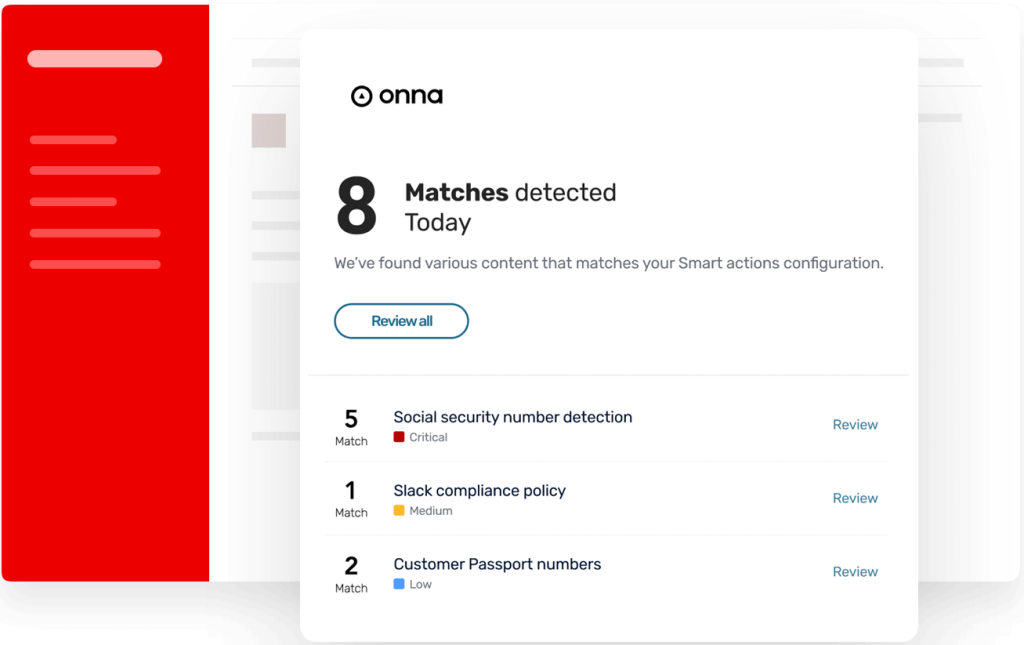 Above: Onna can be used to find and classify sensitive data

As with other platforms that help companies operate remotely, Onna has reported an uptick during the COVID-19 crisis in terms of both the size of contracts and number of interested companies.

“Last year we grew 400%, and while we remain on a similar growth path for this year, the difference is that we’ve also seen inbound request volume for our technology, size of contracts, and scale of companies in terms of global employee numbers increase exponentially — from 20,000 employee companies to 100,000+ employee global organizations,” Onna CEO and founder Salim Elkhou told VentureBeat. “There is no doubt that this trend has been accelerated by the world’s workforce going fully remote all at the same time.”

In addition to its high-profile customers, Onna has enlisted a host of notable backers over the years, including Dropbox and Slack (via Slack Fund), which joined the company’s $11 million series A last June. For its series B, in addition to nabbing Atomico as its lead investor, Onna has again secured Slack, alongside Dawn Capital, Nauta Capital, and Glynn Capital. Atomico principal Ben Blume will also now join Onna’s board.

Blume told VentureBeat that although Atomico had spoken with Onna in the past, discussions around the series B began as the U.K. went into full lockdown in March — making this its first investment carried out remotely over Zoom.

“As we have thought about investments post-COVID, we have considered how each company is impacted by the situation, both directly in the short-term and over the longer-term through the behavioral and economic shifts that the crisis has accelerated,” Blume said. “Onna supports companies in managing their knowledge across many best in class collaboration tools, which have seen accelerated adoption during the COVID crisis. And as such we took this as a strong signal of the company’s long-term prospects as we evaluated and made the decision to lead the round.”

Onna currently has 100 employees spread across its dual headquarters in Barcelona and New York, as well as hubs in San Francisco; Raleigh, North Carolina; and Toulouse, France. With another $27 million in the bank, the company plans to expand its teams across all five locations and may open additional offices in London and elsewhere.