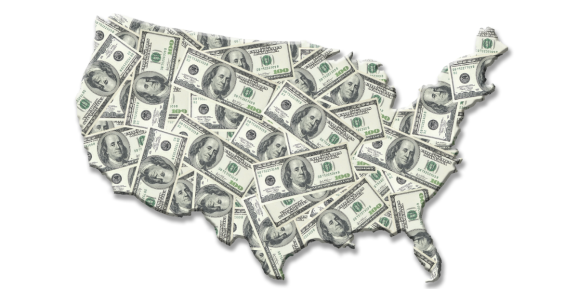 It took almost six years for corporate America to say that Black Lives Matter. You don’t have to tell this journalist that words matter. Still, I’ve always been more interested in whether companies put their money where their mouths are. Don’t get me wrong — it’s encouraging to see so many companies go on the record. But words can ring hollow when they all coincide with the PR message of the month (VentureBeat included). That’s especially true when those words come from Big Tech and its billions in the bank.

So, quick recap: Alphabet has committed $189.5 million, Apple has pledged $100 million, and Facebook has put forth $210 million. Before I put those numbers into perspective, I should say that something is better than nothing. At the time of publishing, Amazon and Microsoft have not made such commitments, not to mention the countless other tech companies that solemnly tweeted #BlackLivesMatter and then returned to business as usual. Update on June 23: Microsoft is adding $150 million to its D&I investment.

One way we can eyeball these numbers is by looking at how much money these companies generated in their most recent quarter. Their revenues were: Alphabet reported $41.2 billion, Apple reported $58.3 billion, Facebook reported $17.7 billion, Amazon reported $75.5 billion, and Microsoft reported $35.0 billion.

But wait. Revenue isn’t money that Big Tech has, just that its businesses generated. Wouldn’t it make more sense to look at profit? I’ll do you one better. Let’s compare it to the cash they have on hand.

The point of these percentages is not solely to compare the tech companies between each other. And yes, many tech companies including these five give money to various causes throughout the year. Ultimately, how the money is used, rather than how much, is what matters most. And at the end of the day, money is a Band-Aid, not a solution. Fixing systemic racism requires systemic change. More important than words and money is how these companies act internally.

So, is there an amount that would be appropriate? Of course not. But just remember what a hundred million dollars really means for Big Tech next time you see it in a headline.

Updated on June 23 to include Microsoft’s $150 million figure.