When iOS 14 launches in general availability, it will become possible to automate color temperature changes for HomeKit-compatible lights throughout the day with Adaptive Lighting. While HomeKit has long had the ability to control light brightness, color, and temperature plus automation and scene schedules, it will soon optionally automatically adjust the color temperature throughout the day, selecting cooler temperatures during daytime hours and warmer temperatures during the nighttime. If a user chooses, HomeKit will gradually change lighting temperature in a natural, minimally jarring way that minimizes blue light exposure, much like the existing Night Shift capability in newer Macs and iOS devices.

In iOS, the Home app will suggest automations like having the garage door open when someone arrives home. (It’s a feature aptly called Suggested Automations.) The app will also prioritize the accessories that most need your attention — for example, lights you forgot to shut off — with a prominent visual status at the top. 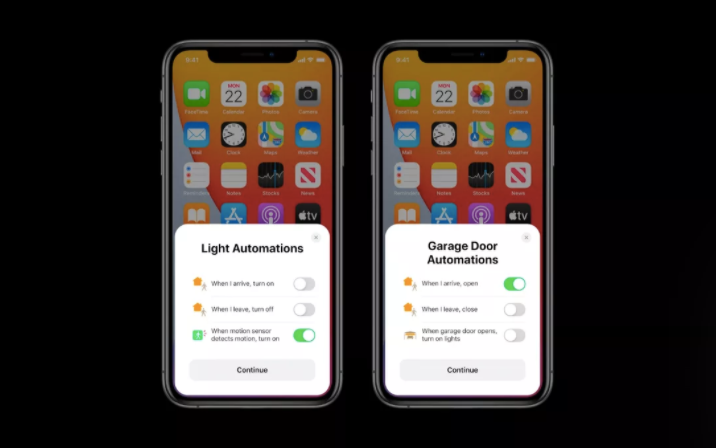 Above: Choosing from suggested automations for HomeKit-compatible accessories.

The forthcoming iOS 14 will also expand upon HomeKit Secure Video, which analyzes videos from smart home devices (like security cameras) locally before encrypting them and uploading them to iCloud. Apple’s upgraded Secure Video API — which is supported by all HomeKit-enabled cameras, including models from Logitech, Eufy, Arlo, Netatmo, and others — will ship with face classification and people identification options, offering notifications around detecting specific people. They’re akin to the facial recognition features built into devices like the Netatmo Smart Outdoor Camera and Smart Indoor Camera.

HomePod will announce when someone is at the door, and Apple TV will give you a picture-in-picture view of who’s within sight of the doorbell camera. To recognize people, it will draw on friends and family that have been tagged in the Photos app for iOS.  “You’ll be able to define activity zones that focus on the most important areas,” Apple senior engineer Yah Cason said. “This is great if you face a busy sidewalk and only want to be alerted when people actually walk up to your front door.” 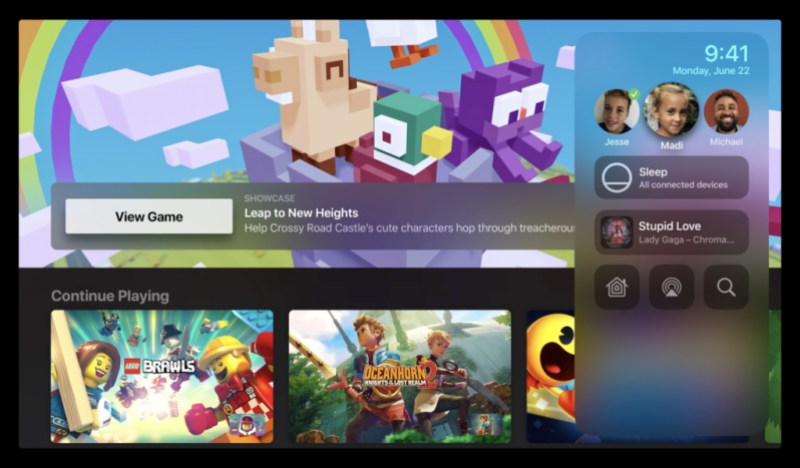 Above: Viewing a live camera feed on Apple TV.

As before, the Secure Video will alert users to any activity courtesy on-device processing by a resident iPad, HomePod, or Apple TV, and let them review recordings in iCloud. Secure Video doesn’t have a monthly fee, but it requires the 200GB or 1TB ‌iCloud‌ storage plans priced at $2.99 or $9.99 per month, respectively; the 200GB plan works for a single ‌HomeKit‌ Secure Camera, while the 1TB plan works for up to five ‌HomeKit‌ Secure Cameras. Video footage doesn’t count against ‌the limits.

The developments follow the introduction last year of HomeKit-enabled routers from a range of third parties. Devices from Linksys, Euro, and Charter Spectrum pack privacy-preserving safeguards that extend beyond home security cameras and automatically firewall any connected HomeKit accessories. If one of them is the victim of a cyberattack, they won’t be able to access other devices or compromise personal information, Apple says.