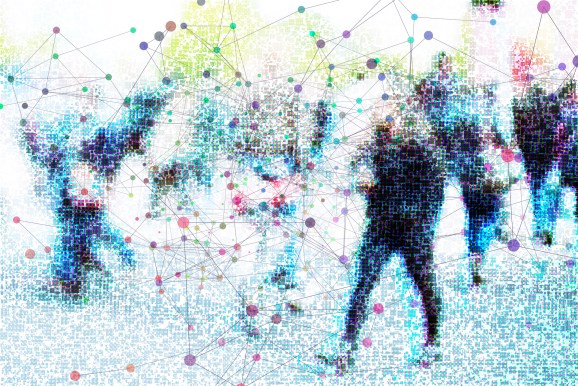 During boom times, companies focus on growth. In tough times, they seek to improve efficiency. History shows us that after every major economic downturn since the 1980s, businesses relied on digital technology and, specifically, innovations in software technology to return to full productivity with fewer repetitive jobs and less bloat.

The years I’ve spent as a VC have convinced me that this is the best time to start an AI-first enterprise, not despite the recession, but because of it. The next economic recovery will both be driven by artificial intelligence and accelerate its adoption.

Expansions are built on software

While the Great Recession is often thought of as a “jobless recovery,” economists at the National Bureau of Economic Research (NBER) found that the downturn accelerated the shift from repetitive to non-routine jobs at both the high and low ends of the spectrum. So, yes, existing tasks were automated, but companies empowered their employees with data and analytics to augment their judgment to improve productivity and quality, in a virtuous cycle of data and judgment that both increased profitability and created more rewarding work.

Indeed, the highest levels of unemployment during the Great Recession were followed by a surge in enrollment in post-secondary education in analytics and data science as people sought out opportunities to upskill. And the period was followed by a recovery in which – despite increased automation – unemployment fell to historic lows.

Through no fault of our own, we’re again thrust into the cycle of recession and recovery. Industries already expect to benefit from improved AI and machine learning in the next recovery. That expectation will create new opportunities for AI entrepreneurs.

Every economic recovery is defined by an emerging software technology and set of applications.

The companies that grew in the lackluster economy of the early 1980s staged the first software IPOs when the economy rebounded in the middle of that decade: Lotus, Microsoft, Oracle, Adobe, Autodesk and Borland.

Packaged software signified a unique turning point in the history of commercial enterprise; the category required little in the way of either CAPEX or personnel costs. Software companies had gross margins of 80% or more, which gave them amazing resilience to grow or shrink without endangering their existence. If entrepreneurs were willing to work for lower wages, software companies could be started quickly with minimal to no outside investment, and if they could find early product-market fit, they could often bootstrap and grow organically.

Those new software companies were perfectly adapted to foster innovation when recessions hit, because high-quality people were available and less expensive, and office space was abundant. At the same time, established companies put new product development on hold while they tried to service – and keep – existing customers.

I started working as a VC in 1990 for the first venture firm that focused purely on investing in software, Hummer Winblad. While it took hard work and tenacity for John Hummer and Ann Winblad to raise that first fund, their timing as investors turned out to be perfect. A recession began in the second quarter of that year and lasted through Q1 1991.

The software companies coming out of that recession pioneered cost-effective client-server computing. Sybase, which established this trend with its Open Client-Server Interfaces went public in 1991, after growing 54% in the previous year.

The first CRM companies, spawned in that recession, held successful IPOs from 1993 to 1999. This class included Remedy – a company that BusinessWeek breathlessly called America’s “Number One Top Hot Growth Company” in 1996. Scopus, Vantive, and Clarify all grew rapidly and went public or were acquired in this period or shortly thereafter.

That exuberance ended with the dot-com bust in March 2000.

At that time, Salesforce had existed for only a year. Concur was a relatively new company, forced to reinvent itself when its packaged software business collapsed. Many people would have thought their timing was terrible, but they were unhindered by the obligation to service an installed base during the 2001 recession that followed the bust. That left them free to innovate, and they became two of the very first SaaS businesses.

Salesforce went public in 2004, and now has a market cap of about $135 billion. In 2013, Concur sold to SAP for $8.3 billion. Amazon Web Services was also conceived during that recession and launched in July 2002. SaaS and cloud computing leveraged each other for the rest of the decade.

The Great Recession ushered in the era of Big Data

When the sub-prime mortgage crisis brought the entire economy down, companies had to retain customers and improve efficiency – goals that are often at odds with each other. The idea of a big data future had already taken root, and forward-thinking executives suspected that the solution was already in their data, if they could only find it. But at the same time, established software companies also cut R&D spending. That opened up fertile ground for newer and more agile analytics companies.

Most software companies saw no growth in 2009, but Omniture, a leader in web analytics, grew more than 80% that year, prompting its acquisition by Adobe for $1.9 billion. Tableau had been founded back in 2003, but it grew slowly until the recession. From 2008-2010, it grew from $13 million to $34 million in sales. Over the same period Splunk went from $9 million to $35 million. Ayasdi, Cloudera, Mapr and Datameer were all launched in the depths of the Great Recession.

Of course, none of those companies could have flourished without data scientists. Just as universities accelerated the creation of software developers in the early 1990s, they again accelerated the creation of analytics experts and data scientists during the Great Recession, which again helped to spur the recovery and drive a decade of economic expansion, job growth, and the longest bull market in American history.

Even before the pandemic, many economists and corporate CFOs felt there was at least a 50% chance of recession in 2020.

Over a year ago, The Parliament – the policy magazine published by the EU Parliament –predicted that the next recession would usher in a wave of AI. The magazine quoted Mirko Draca, of the London School of Economics as saying, “We expect to see another technology surge in the next 10 to 15 years, based on AI and robotics technology.”

Those who predicted a mere recession were, to say the least, insufficiently pessimistic. Companies have reduced their labor costs more aggressively than ever to match the suddenness and seriousness of the situation. Once again, they’ll rely on automation to boost production when the recovery begins.

The Atlantic Council surveyed over 100 technology experts on the impact that COVID-19 would have on global innovation. Even in the midst of the pandemic, those experts felt that over the next two to five years, data and AI would have more impact than medical bioengineering. The two are not mutually exclusive; Google’s Deepmind Technologies recently used its AlphaFold tool to predict complex protein folding patterns, useful in the search for a vaccine.

Companies emerging from this recession will adapt processes to “vaccinate” their systems against the next pandemic. In response to supply-chain disruptions, Volkswagen is considering increasing its 3D printing capabilities in Germany, which would give the automaker a redundant parts source. The government-run Development Bank of Japan will subsidize the costs of companies that move production back to Japan.

Bringing production back onshore while controlling costs will require significant investment in robotics and AI. Even companies that don’t have their own production capacity, such as online retailers, plan to use AI to improve the reliability of complex global supply chains. So a surge in demand for AI talent is inevitable.

In 2018, several major universities announced initiatives to develop that talent. MIT announced the largest-ever commitment to AI from a university: a $1 billion initiative to create a College of Computing. Carnegie-Mellon created the first bachelor of science in artificial intelligence degree program. UC Berkeley announced a new division of data science. And Stanford announced a human-centered AI initiative.

Dozens more schools have followed suit. Machine learning has moved from obscurity to ubiquity, just as software development did 30 years ago and data science did 10 years ago.

The recovery will depend on real productivity

Back in 2017, a couple of my colleagues wrote about the AI “risk curve,” arguing that the adoption of AI is held back not by technology but by managers’ perception of the risks involved in replacing a worker (whose performance is known) with an unfamiliar software process.

Recessions increase the pressure on managers to reduce labor costs, and thus increase their tolerance for the risks associated with adopting new technology. Over the next year or two, companies will be more willing to take risks and integrate new technologies into their infrastructure. But the challenges of surviving in the recession will mean that AI-first companies must deliver measurable improvements in quality and productivity.

One relatively new risk that managers must tolerate pertains to data. Even companies that are not yet exploiting their data effectively now recognize it as a valuable resource. As startups deploy AI software systems that prove more accurate and cost-effective than human beings, their early-adopter customers must be more willing to trust them with proprietary data. That will allow AI companies to train new products and make them even smarter. And in return for taking this risk, companies must make their models more transparent, more easily reproducible, and more explainable to their customers, auditors, and regulators.

In the area of food and agriculture, AI will help us to understand and adapt to a changing climate. In infrastructure and security, machine learning models will improve the efficiency, reliability and performance of cloud infrastructure. Better and more dynamic risk models will help companies and the entire financial market handle the next crisis.

A host of new applied-AI companies will be needed in order accomplish all this and, especially, AI-enabling companies creating better developer tools and infrastructure, continuous optimization systems, and products that help disciplines improve data quality, security, and privacy.

Boom times favor established companies. They have the cash flow to fund skunkworks and conduct pure research. But it’s a truism that R&D spending is one of the first things big companies cut in a recession. As an entrepreneur, the idea of starting a company now – of all times – might be scary, but that retrenchment by established competitors leaves fresh ground open for you to seed with new ideas.

The first sign of AI spring will come when companies again forecast increased demand and seek to improve productivity. The only way to be there when that opportunity presents itself is to start now.

The best part is you won’t just profit from the recovery, you’ll help to create it.

[VentureBeat’s Transform 2020 event in July will feature a host of disruptive new AI technologies and companies.]