Since Sweden’s EQT Ventures embraced AI to drive the way it makes investments, the company has learned that reaping the benefits of algorithms is a journey full of detours that involve experimenting, fine-tuning, and adaptation to achieve the promised efficiencies and insights.

Following the firm’s launch in 2016, a team there developed Motherbrain, an AI-driven system whose goal is to help EQT Ventures spot the hidden gems that no one else sees and back them early. So far, Motherbrain has directly led to investments in 7 startups out of the 50 the firm has made.

That may seem like a disappointment. But according to Henrik Landgren, the EQT Ventures partner who took the lead on developing the system, the practical value so far has been the ability to make partners more productive by prioritizing which companies are worth spending time getting to know.

“Leveraging data has been one of our core pillars,” Landgren said. “We wanted to create a different fund.”

The wins sound less sexy, but Motherbrain has increased the number of companies the firm can sort through. The development of Motherbrain is a good lesson in the reality of what AI can deliver, and how achieving those productivity gains involves adjusting expectations and being patient.

EQT Ventures is the venture arm of Swedish company EQT Partners, a global private equity firm. In May 2016, EQT created a venture firm that started life with a $600 million fund. It then closed a second fund in 2019 for $760 million. The funds target tech companies in Europe and the U.S. and invest anywhere from $3.5 million to $85 million in a round.

From the start, the venture firm knew it wanted to take a data-driven approach to investing, even if it wasn’t exactly clear what that meant at that time. So EQT Ventures brought in Landgren, who had been Spotify’s vice president of analytics.

“No one knew what it would look like, but we could all agree on the vision that in 5 to 10 years, the best investor out there will be extremely data-driven,” he said. “And a lot of the work we do today in our investments will have to be automated.”

Mixing AI and investing is an idea that’s attracted a growing number of firms. InReach Ventures has developed its own AI investment platform. And San Francisco’s SignalFire has been tracking billions of data points across millions of startups globally since 2013. But on the whole, personal networking and word-of-mouth remain the dominant tools of the trade.

“The industry of venture investing is really old and quite conservative and traditional,” Landgren said. “And we saw that there are opportunities in the modern cloud-based approach.”

Each of these firms had to build its AI capability from the ground up. For EQT Ventures, that meant addressing the obvious need for strong data sources, as well as the less obvious need to rethink the way the firm operated daily to fully leverage Motherbrain.

On the data side, Landgren acknowledges that the first two years involved a lot of iterating. EQT Ventures tapped into third-party databases, and it created a process for scraping data and images from startups’ websites. It now draws on about 40 sources of data.

But initially, there was a fair bit of trial and error as the firm experimented with different mixes of data and writing the algorithms. That meant learning which questions are the best ones to ask about a company, and what criteria were likely to reliably lead to the best prioritization.

Also, developing Motherbrain meant rethinking basic tasks related to the firm’s daily workflow. EQT Venture’s 30-person team initially relied on third party messaging, planning, and email apps. The team had a range of cloud-based services that were disconnected, leaving internal data scattered among different silos. Eventually, Landgren realized Motherbrain was missing out on this rich source of data and began re-architecting all communications and data so it passed through the AI platform.

“Probably even more important has been changing the process of how we work with the platform and our day-to-day work,” he said. “And that has proven to be extremely important because we have found now that we have been able to use the AI to build much better predictive models.”

Just as critical has been creating an internal discipline so that partners follow the recommendations generated by Motherbrain, in small ways and large ways. If the firm isn’t making decisions about which companies to talk to based on those AI insights, there’s no way to test whether they are useful or improving. Those decisions, in turn, are fed back into the platform to create another way for it to learn.

“To train those models using AI, you have to have a process where people do what the machine tells you to do,” Landgren said.

So far, the most useful function has been eliminating the least promising startups. That frees up partners to more effectively use their limited time to do the human-driven work of meeting founders, analyzing products, and other forms of due diligence.

But Motherbrain also offers practical help with such tasks as preparing for meetings by generating notifications that include summaries of past interactions with a person. The system is also constantly scanning outside sources to find news items related to companies of interest or competitors.

For all those smaller steps, the firm has started to see some of the bigger payoffs it wanted Motherbrain to deliver. Of the roughly 50 investments EQT Ventures had made since 2016, seven are in companies that were directly identified by its AI platform:

In most of these investments, EQT Ventures took a proactive approach by contacting the startups first before receiving any type of pitch. They made these advances with a high degree of confidence and knowledge before any discussions began. That allowed EQT Ventures to get its foot in the door before the startups had been overwhelmed with offers.

“There is such a big difference if you talk to a company proactively and you reach out because we know something good, instead of them coming to us and we’re not sure exactly why they’re coming to us,” Landgren said. “There’s typically all this work that we have to go through to figure out the underlying reason for why they contacted us. Is it because their money is running out? Did they just overhaul everything?”

This handful of investments has Landgren optimistic that EQT Venture’s development of Motherbrain is on the right track and that the firm will continue to see bigger payoffs from it.

“This is something that has been on our roadmap and in our vision for a long time,” Landgren said. “It’s just a matter of time and resources to get there.” 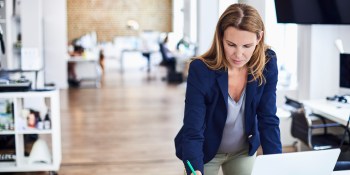