Every year, online fraud costs companies around the world immense time and capital. The Association of Certified Fraud Examiners reports the money lost by businesses to fraudsters amounts to over $3.5 trillion annually. Large organizations are particularly vulnerable to payments fraud, as those with revenue greater than $1 billion experienced a jump of 7 percentage points in 2018 to 87%.

Fraud Detector — which counts among its early adopters GoDaddy, Truevo, and ActiveCampaign — aims to combat this with AI. AWS customers provide email addresses, IP addresses, and other historical transaction and account registration data, along with markers indicating which transactions are legitimate and which are fraudulent. Amazon takes that information and uses algorithms — plus data detectors developed on the consumer side of Amazon’s retail business — to build bespoke models that recognize things like potentially malicious email domains and IP address formation. After the model is created, customers can create, view, and update rules to enable actions based on model predictions without relying on others. 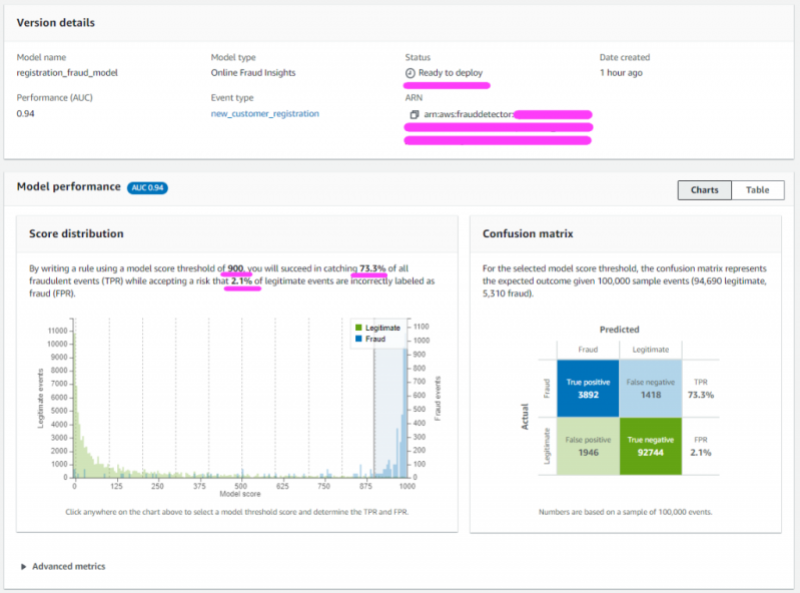 Fraud Detector lets admins selectively introduce additional steps or checks based on risk. For example, they can set up a customer account registration workflow to require additional email and phone verification steps only for registrations that exhibit high-risk characteristics. Furthermore, Fraud Detector can identify accounts that are more likely to abuse “try before you buy” programs and flag suspicious online payment transactions before orders are processed and fulfilled.

It’s all exposed through a private endpoint API, which can be incorporated into services and apps on the client side. Amazon claims that Fraud Detector’s machine learning models identify up to 80% more potential bad actors than traditional methods, on average.

The launch of Fraud Detector comes after Amazon made generally available CodeGuru, an AI-powered code review service. It integrates with existing integrated development environments (IDEs) and taps AI algorithms trained on over 10,000 of the most popular open source projects to evaluate code as it’s being written. Where there’s an issue, such as inefficient and unproductive lines of code, CodeGuru proffers a human-readable comment that explains what the issue is and suggests potential remediations.