Flexe, an on-demand warehousing and technology platform used by retailers like Walmart, has raised $70 million in a round of funding led by T. Rowe Price.

The funding comes amid an ecommerce boom that has seen U.S. digital sales jump by 30%, expediting the online shopping transition by as much as two years. Although the world could return to some semblance of normality in 2021, many businesses will likely continue to invest in their online operations, in part because of a permanent shift in consumer habits, but also because digital commerce offers advantages like increased data and analytics.

Founded in 2013, Seattle-based Flexe matches retailers and brands with some 1,500 warehouse locations across the U.S. As cloud computing has transformed businesses, allowing them to expand their data storage and computing power bandwidth without huge infrastructural investments, Flexe has set out to apply a similar philosophy to warehousing and fulfillment.

“Before AWS invented cloud computing 15 years ago, companies could lease and operate their own datacenters, or outsource to a third-party datacenter operator, but both choices came with significant fixed capital investments and time commitments,” Flexe CEO and cofounder Karl Siebrecht told VentureBeat. “Traditional warehousing solutions, whether first-party- or third-party-operated, have high fixed costs and long-term commitments because the fundamental economic construct of warehousing is a fixed term lease.”

Moreover, with traditional warehousing setups, companies are offered little in the way of elasticity when faced with unpredictable (or even predictable) market fluctuations. Demand for a company’s wares can rise and fall depending on myriad factors, such as the time of year or unforeseen disruptions due to supply chain issues, weather events, or — indeed — a global pandemic.

“Flexe customers, who are typically enterprise omnichannel retailers and brands, can quickly expand and contract their logistics networks to support business growth, position goods closer to end consumers to shorten delivery times, and quickly solve for supply chain disruptions,” Seibrecht said. “COVID-19 brought a lot of these issues to the forefront.”

With Flexe, companies can access a network of vetted warehousing operators who offer not only storage capacity, but also fulfillment — picking, packing, and shipping — for both direct-to-consumer (D2C) and wholesale distribution. Similar to cloud computing, many Flexe customers adopt a “hybrid” approach, mixing in their own networks and infrastructure with Flexe’s platform. 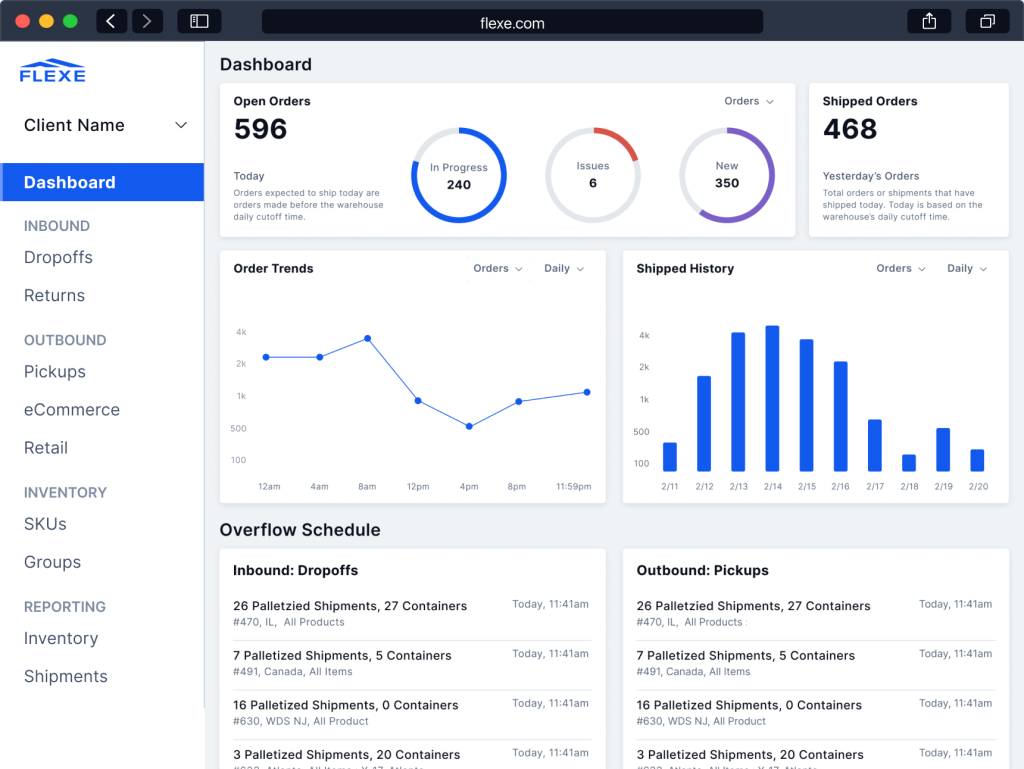 While warehouse capacity is Flexe’s focus, it sells much more than space. Its proprietary warehouse management system (WMS), which integrates directly with various order and inventory systems, can surface performance metrics such as the percentage of orders that ship on time; order accuracy; cost-per-order and per unit; labor productivity; and even the time it takes to put away products in the warehouse upon arrival.

Armed with this data, retailers and warehouse operators can make any number of strategic decisions, according to Siebrecht, including modifying the way orders are batched and waved (allocated to staff for execution) in each warehouse to optimize for costs and efficiency. “Another example is rebalancing inventory levels across the network, or adding additional nodes to the network based on how different products are performing in different markets,” Siebrecht added. 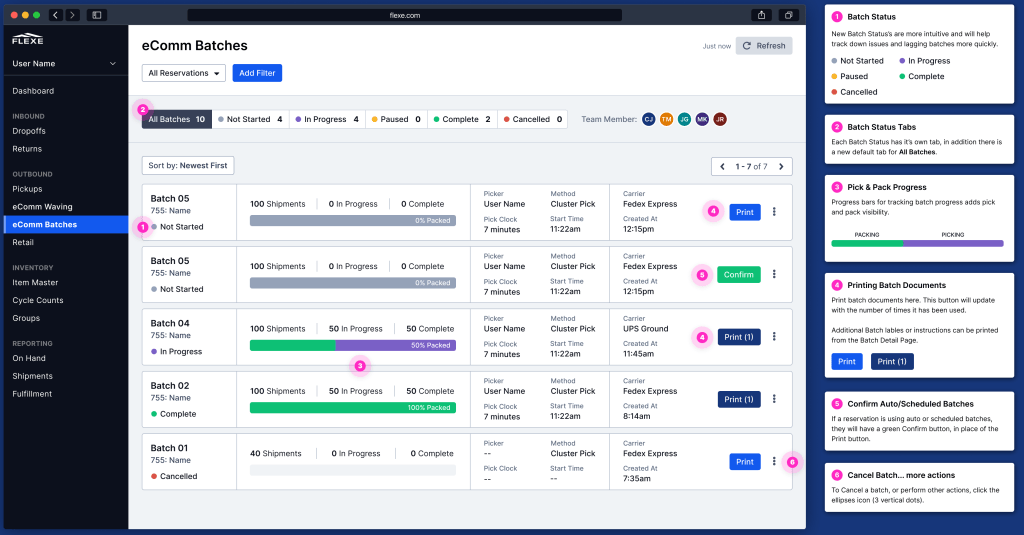 The complexity of Flexe’s integration depends on the customer’s existing systems. In some cases, businesses can integrate with Flexe in a single morning, but it can take a bit longer where multiple EDI maps or API integrations are involved, particularly with the legacy enterprise resource planning (ERP) systems many large enterprises tend to operate.

However, the real promise lies post-integration, where customers won’t have to consume significant technical resources on their newly elastic logistics network.

“Senior IT personnel are almost always in the buying committee when choosing Flexe because systems integration into the Flexe technology platform is critical,” Siebrecht said. “Once the integration is done, customers can expand the size of their logistics network without additional engineering work or IT support, significantly reducing the amount of time and cost associated with launching new logistics initiatives.”

Flexe had previously raised around $64 million, and with another $70 million in the bank the company said that it’s better positioned to serve its “growing base of enterprise-class” customers, which includes Walmart and Ace Hardware. Other investors in the series C round include Activate Capital, Tiger Global, Madrona Ventures, Redpoint Ventures, and Prologis Ventures.