RPA is a form of business process automation that relies on bots or AI workers to eliminate repetitive tasks so humans can do what they do best. In November 2019, Microsoft renamed its IFTTT competitor Microsoft Flow as Power Automate to align with its Power Platform, a business tool that lets anyone analyze, act, and automate across their organization. With today’s updates, Microsoft is focusing on RPA features that help companies find the tasks best fit for automation.

RPA in Power Automate can do a lot, but it can’t identify workflow bottlenecks that slow your business down. That’s where process advisor comes in.

Power Automate now shows how processes are being performed, helping you visualize and analyze them for automation. The process advisor can surface insights about time-consuming processes across your organization. Ideally, the processes that demand the most manual time and resources should be automated.

Here’s how it works. Process advisor runs process recorders to capture the detailed steps for each process, creates process maps to show an end-to-end visualization of the variations, and provides analytics to improve processes by viewing each current variation. It takes five steps:

Key insights include how many people recorded the task, the average time it takes to complete a task, how many different paths your users took, and so on.

Power Automate is gaining role-based sharing so companies can share desktop flows, letting multiple users develop automation scripts. Users can then embed these desktop flows in end-to-end processes they are automating. They can also control who can run, edit, and share a desktop flow, letting front-line workers use or contribute as well. 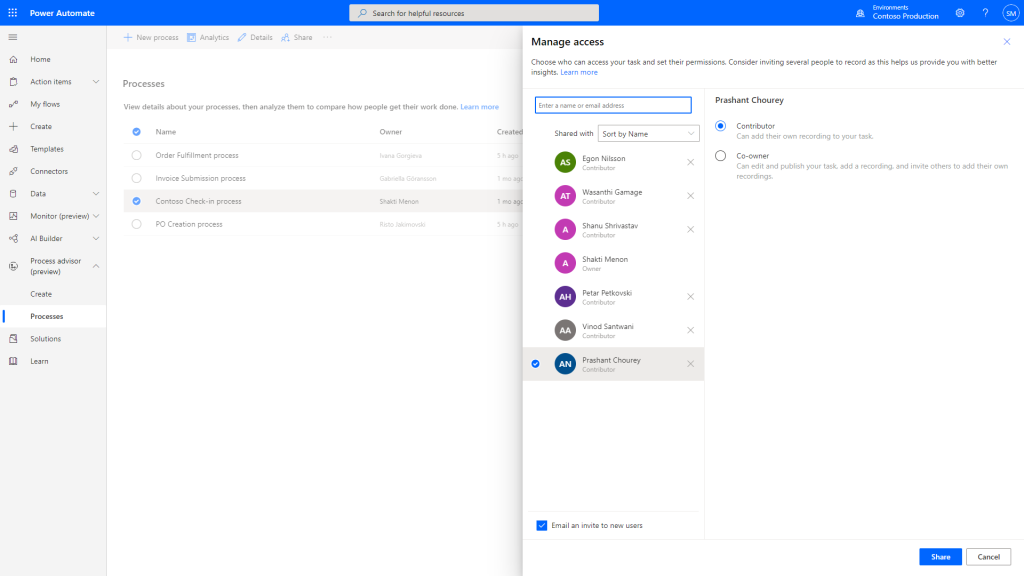 Lifecyle management covers end-to-end creation and movement of desktop flows across any tenant environment. You can add desktop flows along with related assets, such as cloud flows, a Power App, or a Power Virtual agent. These can then be exported and imported in a user’s tenant for development, test, or production. 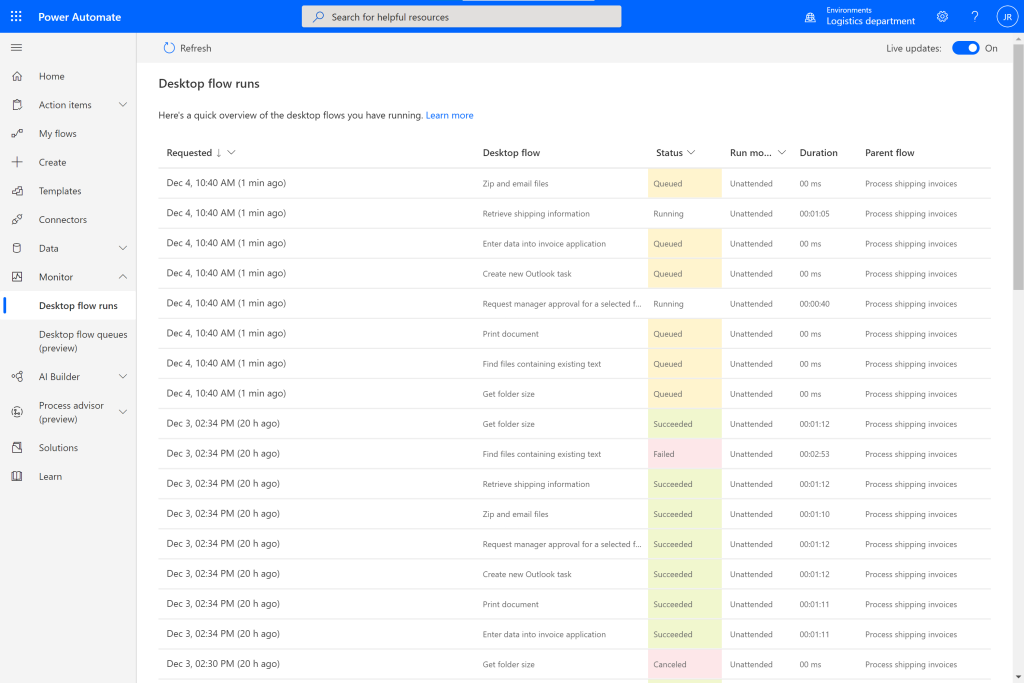 Next, you can now prioritize which desktop flows run on your machines first based on importance. Power Automate offers a new Priority property to the desktop flows connector that lets you set this either statically or based on dynamic content. You can, for example, prioritize a desktop flow based on the importance of the email that triggered it by setting the Importance field as the priority value. 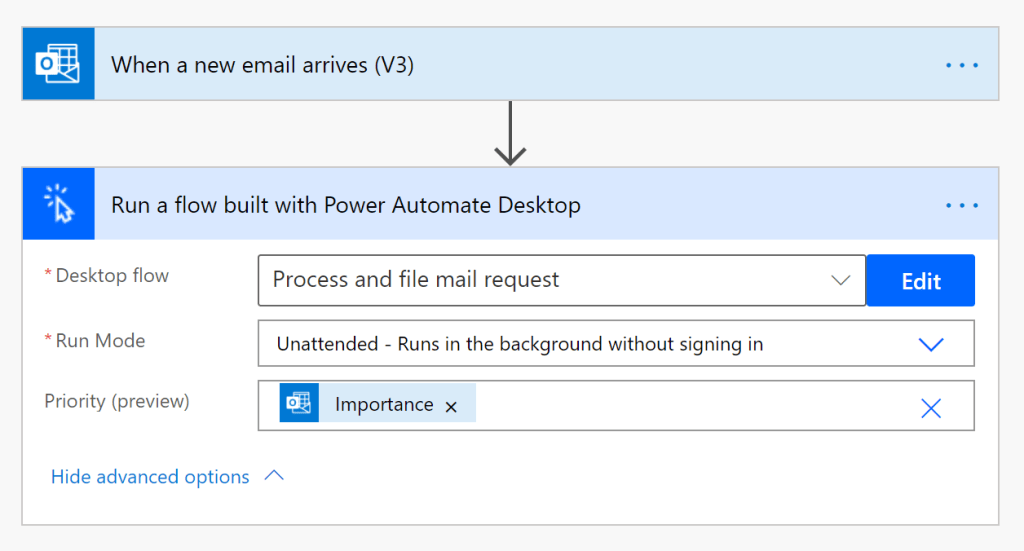 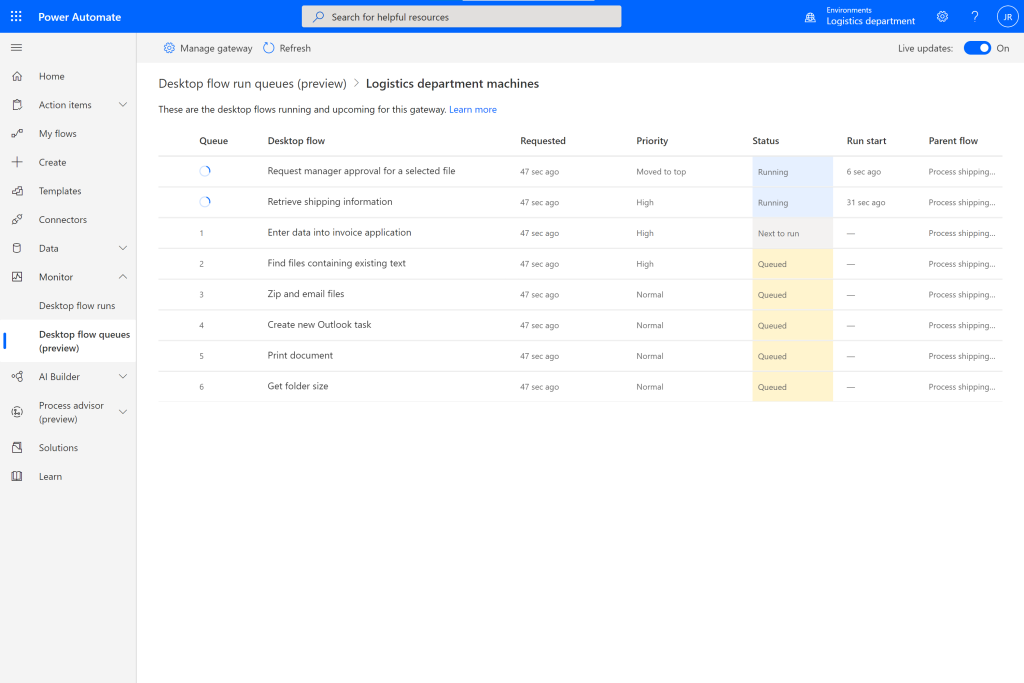 There’s also a new Desktop flow queues page available in preview, which is useful when you have several automations that need to run on a machine or cluster at the same time. You can also change the priority at runtime, and if you have administrator privileges for the gateway, force individual desktop flows to the top of the queue to be executed before the high priority flows.