Parallel Domain, a startup developing a synthetic data generation platform for AI and machine learning applications, today emerged from stealth with $11 million in funding. The company, which has over 25 employees and customers in auto manufacturing and drone delivery, plans to use the capital to accelerate its go-to-market efforts as it expands its product footprint.

Palo Alto-based Parallel Domain was cofounded in 2017 by Kevin McNamara, who previously built and led a team within Apple’s Special Projects Group focused on autonomous systems simulation. McNamara, who also architected procedural content systems for Microsoft Game Studios and contributed to animated films while working at Disney’s Pixar, sought to develop a platform and API that lets customers train, test, and maintain autonomous systems in simulation without having to deploy them to the real world.

“Our mission is to accelerate the development of computer vision — especially in autonomous systems that have the potential to drastically improve the quality of life of billions of people,” McNamara told VentureBeat via email. “The biggest bottleneck in AI development is the collection and labeling of massive volumes of data needed to train, test, and deploy robust systems. In some cases, this is a multi-decade, multi-billion-dollar effort. In other cases, it may not even be impossible to collect the types of data needed.”

Parallel Domain can synthesize day, night, city, foggy, and rainy conditions for a range of sensors, including lidar sensors and cameras, with confounding factors like traffic lights, vehicles, pedestrians, and animals. The platform provides rich metadata that wouldn’t be available with manual annotation services, and it enables users to experiment with new sensor and technical configurations.

Above: The Parallel Domain simulation platform.

“With many real-world vehicle fleets grounded for long periods of time, COVID-19 has underscored how vulnerable real-world data collection can be to disruption. This has prompted many companies to turn to synthetic data as a more reliable alternative,” McNamara  said. “Our platform is able to generate data uninterrupted during times like this. In fact, we’ve seen a surge in data generation during the pandemic as customers have looked to synthetic data to help augment their data needs. Parallel Domain’s revenue has multiplied by multiple times year-over-year, all while our ability to operate and develop our products has been uninterrupted, thanks to the purely virtual nature of our technology. 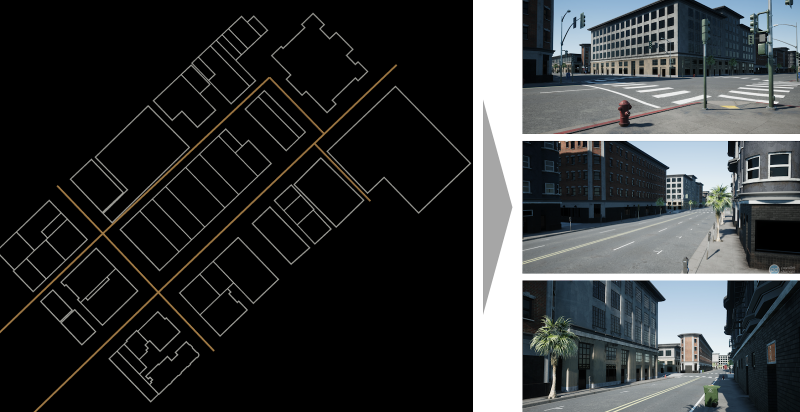 Foundry Group contributed to Parallel Domain’s series A round announced today, with participation from Calibrate Ventures and existing investors Costanoa Ventures, Ubiquity Ventures, and Toyota AI Ventures. This brings the company’s total raised to $14.3 million, following a $2.9 million seed round in May 2018.