GlobalFoundries hosted an event today at its headquarters in Malta, N.Y. to tout why it’s important for the United States to have local semiconductor manufacturing.

The technology is so critical to the U.S. infrastructure that it’s a key national security issue, and it’s also important to having a robust semiconductor supply chain. We’ve seen how the industry has suffered from a huge shortage that has affected everything from game consoles to car manufacturing during the pandemic. KPMG estimated that the auto industry will lose $100 billion in sales in 2021 due to the shortage of chips used in automobiles.

During the past month, GlobalFoundries has announced it will make $6 billion in investments in its manufacturing sites in New York, Germany, and Singapore.

The company said that its Malta, New York and Dresden, Germany factories will both get $1 billion each to expand existing fabs. It will also put $4 billion into a factory in Singapore. The company is also planning a second factory at Malta in a public-private venture. The aim is to double the manufacturing capacity at the Malta site.

The panels also come amid a rumor, reported by the Wall Street Journal, that Intel is in talks to buy GlobalFoundries for $30 billion. Intel has also promoted the value of home-grown semiconductor manufacturing, and it recently said it would invest $20 billion in manufacturing in Arizona. GlobalFoundries is a foundry, or contract manufacturer, that makes chips designed by other companies. It operates its own chip factories in places including New York state. GlobalFoundries declined to comment on the Intel news Sunday.

These panels continue the discussion started on April 12 at the White House CEO Summit on Semiconductor and Supply Chain Resilience, and furthered at a May 20 summit with U.S. Secretary of Commerce Gina Raimondo attended by GlobalFoundries CEO Tom Caulfield and other industry leaders. 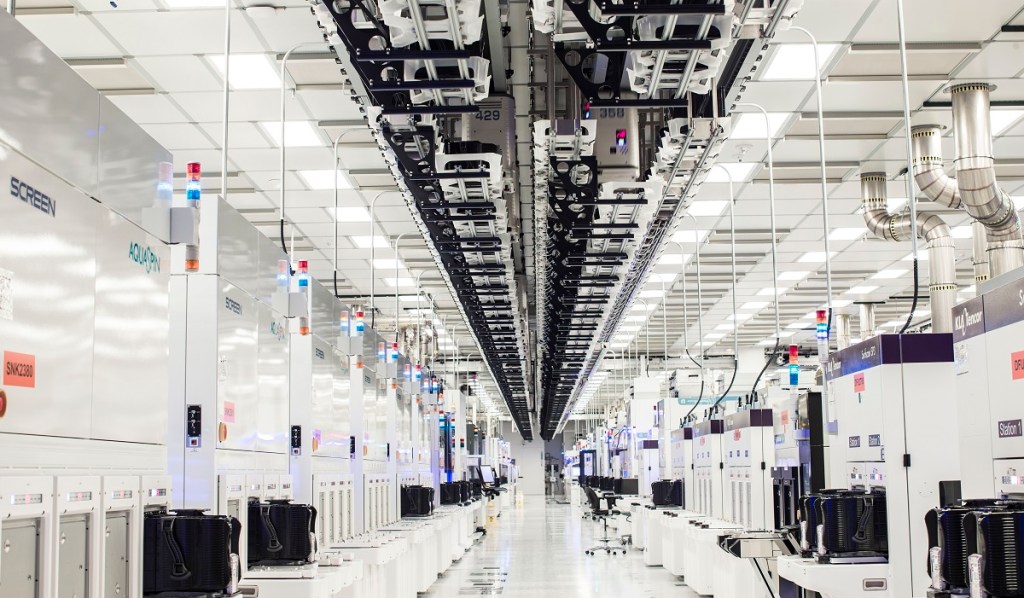 Above: A GlobalFoundries chip manufacturing cleanroom.