Uizard, a startup developing AI-powered tools to build apps and websites, today announced that it raised $15 million in funding from Insight Partners with participation from Mariano Suarez-Battan, byFounders, LDV Capital, and av8 Ventures. According to CEO Tony Beltramelli, the proceeds will be used to grow Uizard’s marketing and commercial teams and hire new talent globally, with a focus on Europe.

Driven by the consumerization of software and increasing customer demand for good design, companies now live or die by the design of their products. A Forrester report found that, on average, every $1 invested in user experience brings $100 in return — a 9,900% return on investment. And according to a 2016 design study, the more an enterprise invested in and focused on design, the more sales they saw.

Founded in 2017 and launched out of beta in February, Uizard, the brainchild of Florian van Schreven, Henrik Haugbølle, Ioannis Sintos, and Tony Beltramelli, offers an AI-powered design tool that helps customers create mobile apps, websites, and desktop software. The platform automatically turns hand-drawn sketches and wireframes into editable screens, changing the style of a projects while preserving what Beltramelli calls their “information hierarchy.”

“Up until now, we’ve been an engineering-first company — we’ve turned machine learning research into an AI-powered product, we on-boarded early signups into a private beta, identified our target market, and optimized our product accordingly,” Beltramelli told VentureBeat via email. “Now that our model works, we can accelerate growth and scale customer acquisition. The funds will therefore primarily be used to assemble our commercial and marketing team.”

Sixty-nine percent of boards of directors accelerated their digital business initiatives — including app development — in the wake of the pandemic, according to Gartner. In particular, the public health crisis created an environment in which low-code and no-code tools thrived. A recent Lawless Research survey shows that 57% of companies are using low-code or no-code tools today.

Powered by AI, Uizard’s design assistant can extract the style from a given source and automatically apply it to new projects. The feature lets users automatically generate components and design systems from screenshots, photos, moodboards, and websites, enabling product managers, engineers, and executives to mock up prototypes without having to write code.

“You can literally ‘make my app look like Twitter’ or ‘make my project look like the product we shipped last quarter,’ and it’s done under a minute,” Beltramelli explained. “[A]t the last funding round in 2018, when we launched Uizard’s private beta, we … thought that our product was going to primarily serve designers and developers. Over time and throughout our private beta, however, the majority of our recurrent active users increasingly became startup founders, product managers, consultants, business analysts, engineers, marketing teams, and user experience professionals. Something became increasingly clear: Uizard became a design tool for non-designers.” 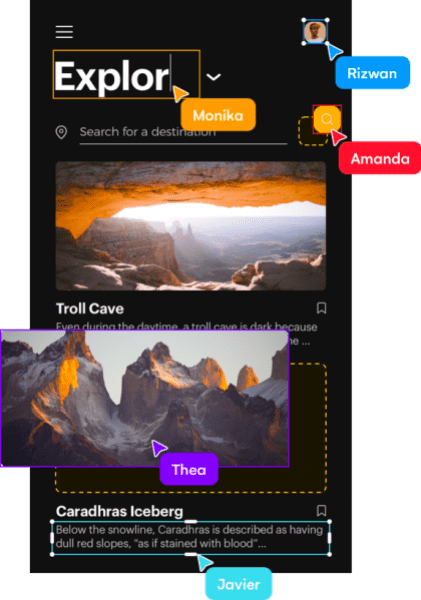 Beltramelli says that since the beta, Copenhagen, Denmark-based Uizard, which has a 14-person workforce and expects to employ 28 people by 2022, has seen “explosive growth,” with more than 192,000 accounts created and over 14,900 monthly active users. It’s now used by teams at Adidas, Google, Tesla, Slack, Airbus, UiPath, and Apple, among others.

“Because Uizard is an online software with built-in real-time collaboration, we’ve seen a significant spike in signups when the pandemic started as companies around the world searched for tools to enable remote collaboration,” Beltramelli said.

The latest funding round brings Uizard’s total raised to $18.6 million.