Okcoin has launched a rewards-based Earn feature for its cryptocurrency exchange, enabling people to use their web and mobile apps to make money on their cryptocurrency holdings.

The idea is part of a plan to encourage people to adopt decentralized finance (DeFi) by offering ease of use, convenience, and better opportunities than they can get with traditional banking.

It also happens to have been designed by a women-led team, including Okcoin CEO Hong Fang, who previously worked at Goldman Sachs. The company’s mobile app has an intuitive interface designed to broaden the appeal of cryptocurrency beyond the (mostly male) enthusiasts that embraced it in its early years. San Francisco-based Okcoin itself was around in those early years, founded in 2013.

“In our heart, we believe in a decentralized future,” Fang said in an interview with VentureBeat. “And we see a lot of potential to go in that direction.”

Now, despite some hiccups related to the newness of crypto with regulators, Okcoin is a fast-growing cryptocurrency platform with millions of customers in 190 countries, competing with rivals like CoinBase, which went public this year in a $65 billion initial public offering. It offers trading in Bitcoin, Ethereum, and more than 25 other crypto assets.

“Mainstream adoption is definitely a process. It’s not a final state,” said Fang. “We are in this process. We are definitely seeing widespread interest from both retail and institutional investors. Retail is more volatile, given the recent volatility in this most recent wave. That is a natural process for every individual coming into this space.” 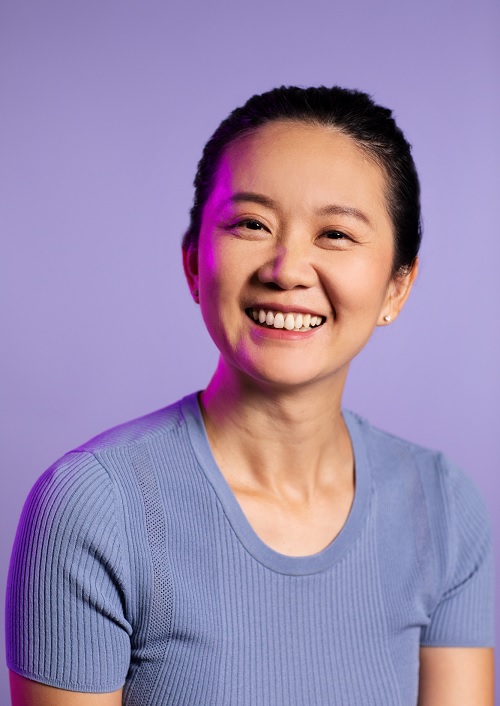 The company has about 150 employees, compared to 40 before the pandemic. And it’s hiring.

Mingxing “Star” Xu, a former tech manager at Yahoo and Alibaba, started the company as Ok Group in China in 2013. Fang spent a decade at Goldman Sachs before she left to join Chinese gaming company Giant Interactive. And there, she worked on investing in Okcoin, a subsidiary of Ok Group, and got to know Xu in 2016. That’s when she went down the crypto rabbit hole, and invested in the company in 2017.

Xu believed in the technology of crypto, and that’s what drew Fang into it. She moved into operations at Okcoin in 2019 and became CEO of the Okcoin subsidiary in 2020. Xu remains the CEO and founder of OK Group, the parent company, but he is not involved in the day-to-day operations of Okcoin.

Ok Group is not without controversy. There have been a couple of times when the company had trading hiccups. Xu was arrested by Chinese authorities on fraud charges in 2018, in a case that stemmed from losses related to a crash in the OK Exchange system. But he was released a day later, after cooperating. He was arrested again in 2019 in an investigation into the company’s backdoor listing in Hong Kong. From those experiences, Fang said the company learned to be “anti-fragile” and learned to adapt to changing regulatory policies.

“He was a very idealistic person at heart and had passion for the mission,” Fang said. “That drove my investment in Okcoin. There were bumps throughout the course. Crypto is not crypto if you take out the scary part. I probably don’t need to go into the history, but we are a survivor. We started in China as the largest platform there, and when the policy changed, we decided to come out and restart again.”

These are the kind of problems that have made mainstream users shy about crypto adoption in the past. But Fang said the basic mission hasn’t changed, and the company has learned to be resilient as it pursues the regulated exchange strategy.

“We are very anti-fragile as a team,” she said. “We believe in crypto. With Okcoin, we took the regulated route as we believe that is important to introduce the broader audience to crypto. Innovation and the fight for individual empowerment is always at our heart.”

Above: Okcoin says it can deliver a better annual percentage yield with Earn.

The addition of the Earn feature to the mobile app makes it easy for anyone to not only buy and sell cryptocurrency, but to also earn high annual percentage yield (APY, a number that designates the interest earned on savings accounts) on it while the assets sit in their portfolio — all at the tap of a button.

Okcoin users don’t pay any fees on APY gained, and Earn has current offers like 10% APY on the cryptocurrency Stacks (STX), a Layer 2 protocol (a secondary framework or protocol that is built on top of an existing blockchain system, usually meant to speed up transactions or reduce fees). That deal pays earnings out in Bitcoin (BTC).

The average interest rate for savings accounts in the U.S. is 0.06%, according to financial services site Bankrate.com. While the APY rates on Okcoin Earn fluctuate according to market demand for each cryptocurrency, yield rates on digital assets remain higher than any offered in traditional finance, said Dana Van Etten, head of brand design at Okcoin, in an interview with VentureBeat.

The platform does not take any fees on investors’ yield as part of Okcoin’s focus on encouraging cryptocurrency adoption.

Above: Part of the team that made Earn for Okcoin.

While crypto’s gender imbalance was obvious in its early years, the problem is still evident; a recent study revealed only 15% of bitcoin traders are female. Okcoin is setting out to level the financial playing field for both women and minorities at large by making crypto investing easy and accessible to all experience levels with its newest app feature.

“Historically, crypto has been largely dominated by men,” said Van Etten. “We see tremendous opportunity in crypto for women to be a much bigger part of this decentralized future. It feels like we’re on the edge of critical mass.”

“I joined as just a crypto newbie. And we really positioned the rebrand to reach retail customers like myself where crypto is not their main thing,” Van Etten said. “We want to make it less intimidating. Prior to Okcoin, I would open up an app and it would just like look like The Matrix to me. We’ve been really trying to tackle the problem of how do we make this accessible and approachable and less just daunting to those who don’t really know this world of crypto.” 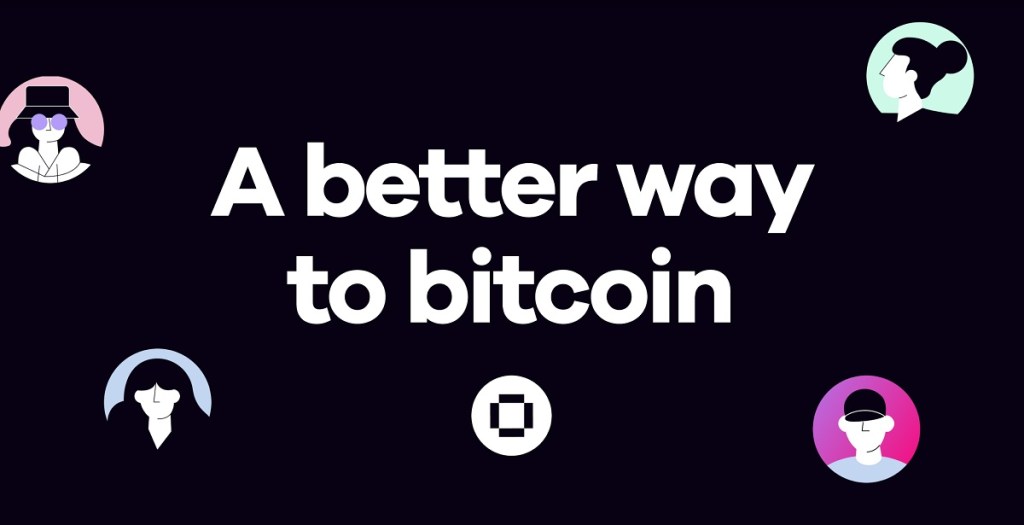 Above: Okcoin wants to be accessible.

Van Etten said the company went through a redesign of its branding on the mobile app, with a new visual design language and the addition of the Earn feature.

“Our customers have been asking for it for a very long time,” Van Etten said. “It’s available on the web and in our mobile app. It almost feels a little too easy to put your cryptos for work in just a few taps, letting you earn rewards. You basically put crypto value in a locked account and you earn rewards. And there’s no middleman involved. There are no fees.”

She noted that other exchanges take fees on the rewards. To get around “gas fees” related to computing usage, Okcoin uses Layer 2 solutions for Bitcoin and Ethereum trading.

“This is our gateway to the whole DeFi ecosystem,” Van Etten said. “It’s a new way of unlocking value for people.”

Okcoin’s new mobile app launched as part of the platform’s recent rebrand, which doubled down on the company’s mission to build a more inclusive financial future and empower the traditionally financially disenfranchised to create wealth. With the click of a single button, users can both buy and start earning cryptocurrency in the same step from their computer or phone. Okcoin Earn is currently available to U.S. users, with plans to extend to other countries in the future. The mobile app can be downloaded through the Apple App Store or Google Play.

“From the end of last year till now, our platform in terms of both users and active users and registration throughout the funnel has been growing 30 times, which is pretty good,” Fang said. 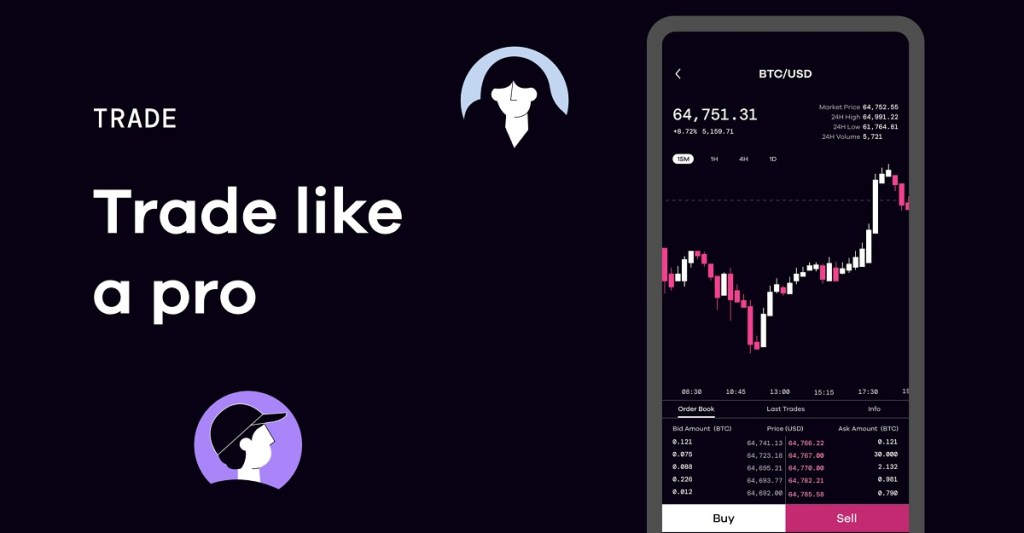 Above: Okcoin is encouraging people to learn about crypto.

Many of the customers who are on the platform are buying Bitcoin and holding it (dubbed HODL, or hold on for dear life).

“We are happy with that, and Earn is becoming a popular feature on our platform, as they are putting some of their crypto assets into it,” Fang said. “Historically, we have been seeing more of our user base being male, but we are seeing more and more interest from women. And based on what we are seeing, women tend to hold a little bit more than men. In the male population, there tends to be a lot more trading. For certain assets, people tend to HODL more, and others people trade more.”

You can’t do things like gift crypto to someone else yet, but that is on the roadmap, said Dongwan Xie, senior product designer at Okcoin, in an interview with VentureBeat. It took a few months of work to create the Earn feature.

“There used to be this really high bar of technical knowledge that you needed to be part of this whole crypto world,” Van Etten said. “I have had my mom download the app and buy Bitcoin in like two taps.”

Additionally, Okcoin has increased its referral bonus to $50 as an effort to help more people discover the benefits of cryptocurrency. Previously $10, the $50 bonus is paid in BTC to any users whose referral purchases at least $100 of cryptocurrency.

As for the women leading the Earn project, Fang said, “I feel proud of my team’s accomplishment, regardless of gender. There was no intentional focus on female or male. Things just came together naturally. Our team is very diverse, with a lot of immigrants and people who were born here. It just happened to give us a diverse team. And the team who have been working on the mobile app iteration happened to be women.”