Microsoft today announced new features for LinkedIn and Microsoft 365 designed to address the needs of companies transitioning to hybrid work during the pandemic. In a statement, CEO Satya Nadella said that the capabilities, most of which are expected to launch within weeks, are intended to make software and services more dynamic as the health crisis disrupts planned returns to the office.

“Our new data shows there is no one-size-fits-all approach to hybrid work, as employee expectations continue to change,” Nadella said. “The only way for organizations to solve for this complexity is to embrace flexibility across their entire operating model, including the ways people work, the places they inhabit, and how they approach business process.”

Active speaker tracking enables in-room Teams Room cameras to use audio, facial movements, and gestures to detect who in the room is speaking — and zoom in for a closer perspective. Multiple video streams allow in-room participants to be placed in their own video pane. And people recognition identifies and displays the profile name of enrolled users within their video pane.

Microsoft says that all three new features will be available to OEMs including Jabra, Poly, Neat, and Yealink in the coming months and roll out as updates over the course of the next year. One of the OEMs, Logi, plans to introduce a complementary docking station with built-in speakerphone and touch controls optimized to work with Teams. 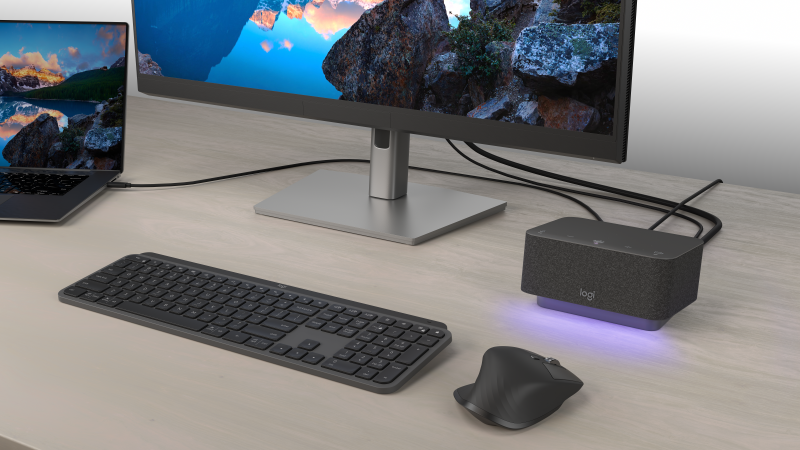 Above: The new Logi docking system for Microsoft Teams Rooms.

Other new Teams features announced today include Dynamic view in Teams, which automatically adjusts elements of the meeting so that attendees can better see the room and content. There’s also updates to the Companion mode in the Teams mobile, which gives in-room attendees quick access to engagement features like chat, live reactions, Whiteboard, and meeting and device controls like the ability to join a meeting, cast a PowerPoint, mute the room, and turn room cameras on and off.

New apps in Teams meetings support real-time interaction, allowing participants to share and interact with app content in the meeting stage. Meanwhile, new lighting corrections, which will arrive in the coming months, are designed to help attendees show up in video-on meetings in low-light environments.

In PowerPoint, Microsoft is introducing a new feature called Cameo. Set to debut in 2022, Cameo integrates the Teams camera feed into a presentation, allowing the presenter to customize how and where they want to appear with slides. Another new AI-powered feature, Speaker Coach — also set to launch next year — privately shares guidance on users’ pace, notifying them if they’re interrupting someone and reminding them to check in with their audience.

Another Teams capability unveiled this morning is support for hot desking, which allows people to locate and reserve flexible workspaces in their offices. Employees can book spaces in advance using Outlook or Teams to access their personal Teams calendar, chats, meetings, and more. Accompanying new Outlook RSVP and Working hours features let people specify whether they’ll attend in-person or online and allow them to include work schedule specifics in their calendars.

Teams displays can be used as a standalone device or second screen with the hot desking experience. Upon signing out, personal information is removed from the device. Microsoft says the Lenovo ThinkSmart View will support the feature by the end of 2021, ahead of the arrival of Working hours and RSVP early next year. 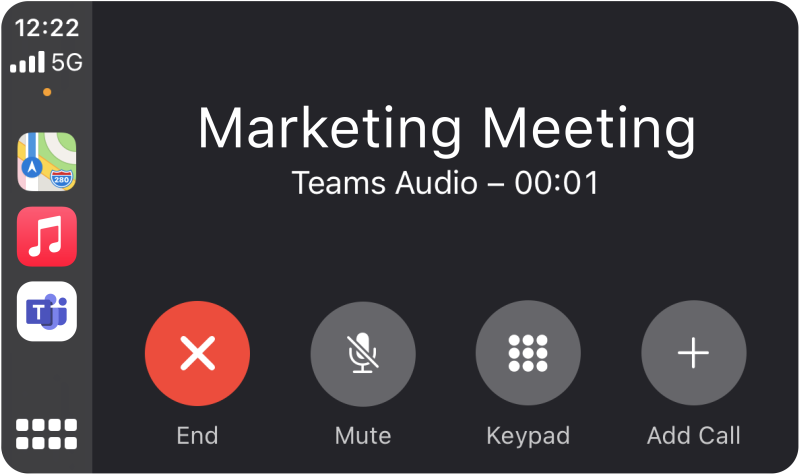 Lastly on the Teams front, Microsoft is adding support for Apple CarPlay. Users can join Teams meetings and make calls hands-free on the road in supported cars starting this month — Siri pulls up meetings when prompted.

Microsoft also announced a public preview of the Viva Connections mobile app, which is set to roll out in September. Viva Connections builds into Teams and provides a point for news and conversations within a personalized feed. In the dashboard, employees can find resources and actionable tasks like submitting expense reports, requesting time off work, or verifying vaccination status to return to the office.

On the LinkedIn side, the platform is rolling out dedicated job search filters to help more easily surface remote, hybrid, and onsite opportunities. LinkedIn will soon also provide a space in company profiles where companies can specify whether open roles will require vaccination, and whether the company plans to migrate back to an office, stay remote, or go hybrid.

To promote reskilling and upskilling, LinkedIn says its skill-building platform, LinkedIn Learning Hub, will become generally available in two weeks. In the meantime, the social network has made nearly 40 LinkedIn Learning courses free until November 9, 2021.

“The shift to hybrid work is exciting but will be a challenge for every leader and organization. Organizations that embrace the change and incorporate flexibility into their operating models will create better and more inclusive work environments,” Microsoft Teams general manager Nicole Herskowitz wrote in a blog post. “At Microsoft, we’re committed in supporting a hybrid work culture where flexibility leads the way — giving our customers and our employees the power to work from anywhere, anytime, and take control of their personal development and wellbeing.”