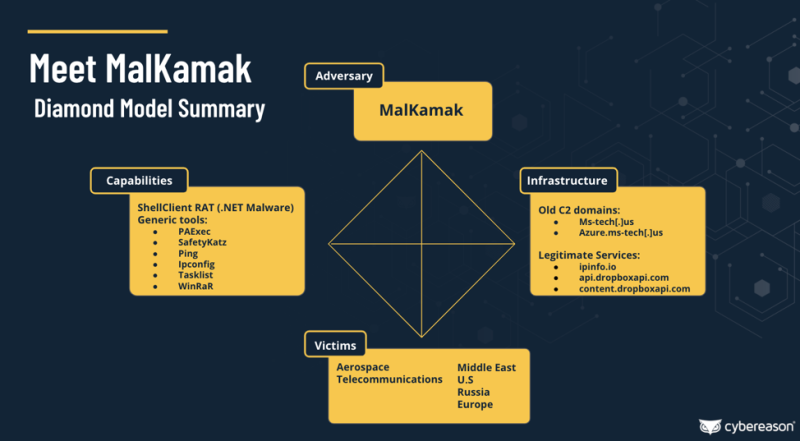 These attacks were perpetrated by a newly discovered Iranian state sponsored threat group — dubbed MalKamak — that has been operating under the radar since at least 2018.

This operation has been ongoing for years, continuously evolving its malware year after year, while successfully evading most security tools. The authors of ShellClient invested a lot of effort into making it stealthy to evade detection by antivirus and other security tools by leveraging multiple obfuscation techniques and recently implementing a Dropbox client for command and control (C2), making it very hard to detect. By studying the ShellClient development cycles, Cybereason researchers were able to observe how ShellClient has morphed over time from a rather simple reverse shell to a sophisticated RAT used to facilitate cyber espionage operations.

The most recent ShellClient versions observed in Operation GhostShell follow the trend of abusing cloud-based storage services — in this case, the popular Dropbox service. The ShellClient authors used Dropbox to exfiltrate the stolen data and send commands to the malware. Threat actors have increasingly adopted this tactic due to its simplicity and the ability to effectively blend in with legitimate network traffic. Ultimately, this discovery tells researchers a lot about the tactics that advanced attackers are using to defeat security solutions.

Read the full report by Cybereason.