To me, one of the most intriguing things announced on Thursday was Alexa’s improved conversational skills. In the coming weeks and months, Amazon’s voice assistant will leverage its wealth of accumulated knowledge about human behavior to anticipate which commands, information, and tasks are most relevant at any given moment. For example, if you tell an Echo speaker, “Alexa, good night,” it might say in response, “By the way, your living room light is on. Do you want me to turn it off?”

This sort of personalized, contextual experience — commonly referred to as ambient computing — was once the stuff of science fiction, but advancements in artificial intelligence (and ambitious new startups taking full advantage of those advancements) are fast making it a reality.

South African-based Xineoh developed a platform for predicting consumer behavior with AI that it claims isn’t just faster than any other solution available, but also more capable. It can match people with products, inventory with sales opportunities, and customers with usage patterns to predict buying cycles with a high level of accuracy.

Nuance this week launched its take on ambient computing: the aptly named Nuance Prediction Service. Like Xineoh, it enables brands to forecast customer behavior and respond in an automated — but highly relevant and appropriate — fashion.

Ambient computing is making waves in the corporate world, too, where digital adoption platforms (DAP) are capturing tens of millions of investor dollars. WalkMe is one example — its platform makes use of overlays, tip balloons, and other visual elements to walk users through websites and software. AI informs the placement and frequency of those elements.

And ambient computing has practically become a staple of consumer devices, like the recently announced Apple Watch Series 4, which uses AI — plus a deluge of sensor data — to detect when a wearer suffers a potentially life-threatening fall.

That’s not to paint ambient computing — or the technology enabling it — as a runaway success story. If it’s to proliferate, considerable privacy and transparency challenges must be overcome.

Gordon Morrison, director of EMEA government affairs at Splunk, and Kay Firth-Butterfield, head of artificial intelligence and machine learning at the World Economic Forum, touched on these issues in an open letter.

“For good reason, algorithms may be given access to huge datasets from multiple sources,” they wrote. “In many applications, the more diverse the dataset being analyzed, the better and more accurate the outcome. However … we must be transparent about what we are using data for, and ensure that citizens consent to its use.”

IBM this week announced the launch of a cloud-based, automated service that “continually provides [insights]” into how AI systems are making their decisions and recommends ways the impact of biases might be lessened. It also launched in open source a toolkit — the AI Fairness 360 toolkit — containing a library of algorithms, code, and tutorials for implementing bias detection in machine learning models.

IBM’s not the only one leading the transparency charge. At its F8 developer conference in May, Facebook announced Fairness Flow, an automated bias-catching service for data scientists. Microsoft and Accenture have released similar tools.

They’ll have to allay the fears of a justifiably skeptical public, though. Recent public opinion surveys show a worldwide decline in trust in technology. And with reports from the World Economic Forum, PricewaterhouseCoopers, Gartner, and the McKinsey Global Institute predicting that AI could make redundant as many as 75 million jobs by 2025, that skepticism is likely to become more pronounced.

The true promise of ambient computing, Gary Grossman, senior vice president at Edelman’s AI Center of Expertise, wrote in March, is “[an] environment in which companies integrate technology seamlessly and invisibly into everything around us, maximizing usefulness while minimizing demands on our attention.”

That’s a beautiful vision, and it’s my sincerest hope that the industry can iron out the kinks to make it a reality.

P.S. Please enjoy this video of the new Amazon devices announced this week. 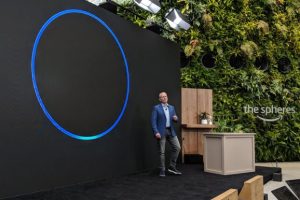 12 ways Alexa is getting smarter

In a presentation atop its biodome in Seattle today, Amazon debuted nearly a dozen new products, ranging from next generation versions of popular speakers like the Echo Show and Echo Dot to a microwave, smart plug, and Echo subwoofer, to Echo Auto for cars. Alongside all that, a whole lot of new features were introduced […] 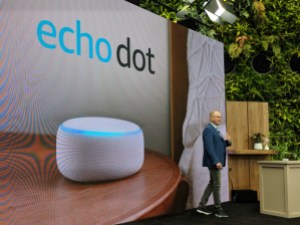 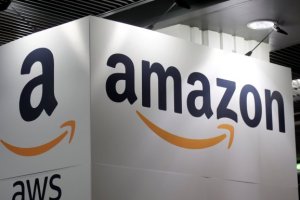 At an event today in Seattle, Amazon significantly broadened its Echo device lineup — and that’s understating it. In addition to the 2018 Echo Dot, Echo Plus, Echo Show, it took the wraps off the Echo Sub, its answer to voice-enabled premium audio products like Apple’s HomePod, Sonos One, and Google Home Max; the Echo Input, […] 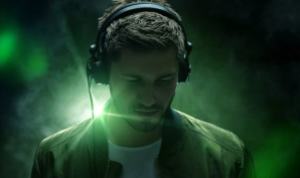 Deezer’s AI can classify songs by mood and intensity

Human ears have no trouble sussing out the sentiment of songs — say, the melancholia in Eric Clapton’s “Tears in Heaven,” or the passion in Led Zeppelin’s “Whole Lotta Love.” Machines do, however. In an attempt to get the latter to perform a bit more like the former, researchers at Deezer developed an artificially intelligent system […] 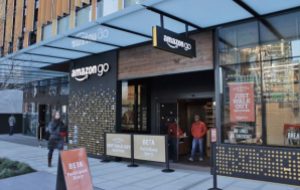 Amazon is considering an expansion plan for its Go cashierless stores that would open 3,000 locations by 2021, a person familiar with the matter told Bloomberg. That seems like a lot, especially since Amazon only has four Go stores open today. The specific layout and amenities offered by Go stores is still an experiment in […] 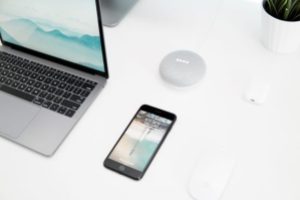 Move over, Amazon: Google has captured the smart speaker crown. According to a report today from Strategy Analytics, Google Home Mini was the best-selling voice-enabled speaker in the second quarter of 2018, followed by Amazon’s Echo Dot. They collectively accounted for 38 percent of the 11.7 million speakers shipped globally. Broadly speaking, Google and Amazon swept […]

By now, there’s almost no doubt you’ve heard of or seen the podcast between Elon Musk and Joe Rogan. It grew in controversy when Elon Musk smoked weed and attracted a lot more people to it. (via ANONews)

Robo-Advisors are among the first people to experience changes as a result of Artificial Intelligence (AI). Over the last two decades, there have been numerous changes which have ended up affecting Financial Companies. (via Talk Market)

China’s leaders are softening their stance on AI

China might be at loggerheads with the United States over trade, but it is calling for a friendlier approach to the development of artificial intelligence. (via MIT Technology Review)

Artificial Intelligence in Business Gets Real

Executives in companies around the world are increasingly looking to artificial intelligence to create new sources of business value. (via MIT Sloan Management Review)