Baidu today unveiled its first smart speaker and two home robots to be powered by DuerOS, its conversational AI technology similar to Amazon’s Alexa or Microsoft’s Cortana. The three new devices, part of the new Raven series, made their debut on stage today at the Baidu World conference in Beijing.

More than 100 appliances use DuerOS — from smartphones to televisions, refrigerators, and washing machines — but the Raven series represents the first devices Baidu has made to serve up its AI services.

The Raven H smart speaker will go on sale next month for $256. The speaker was designed by Raven Tech and Teenage Engineering and comes with an LED display touch controller that can be detached from the base of the device and used within Wi-Fi range for voice control.

The Raven H controller will also be able to control Raven series and smart home devices.

DuerOS conversational AI is able to do the kind of things AI assistants like Alexa and Google Assistant can do, such as search the web, create reminders, perform transactions, control smart home devices, and play music. 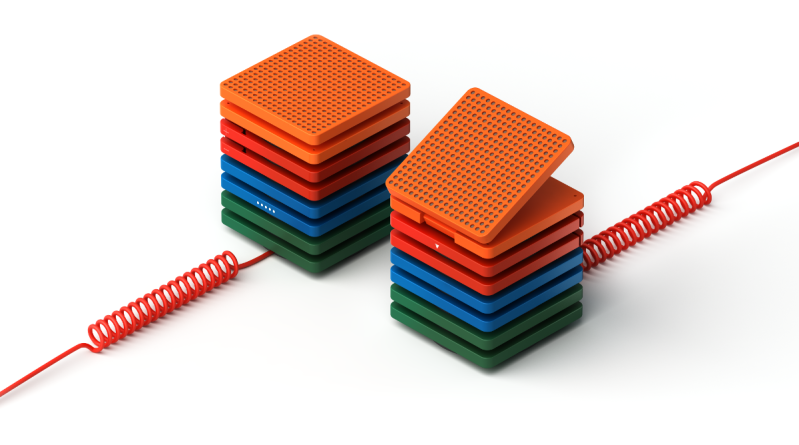 The Raven R home robot is an arm and LED display with the ability to swivel and move to mimic expression and emotion. Watch the video below to see the Raven R dance.

A third Raven series device, a home robot named Raven Q, will include DuerOS natural language processing and computer vision to construct a 3D model of its surroundings.

Prices and release dates for the Raven R and Raven Q home robots have not yet been decided, a Baidu spokesperson told VentureBeat in an email.

DuerOS was made available to businesses and developers in July and has been incorporated into home appliances, like the Ainemo home robot Little Fish, for years. A development kit by Contexant was released this summer.

“Each product in our new Raven series is integrated with Baidu’s latest AI technologies, including facial recognition, computer vision, and even our Apollo autonomous driving technology,” Lyu said in a statement shared with VentureBeat. “These smart speakers and AI home robot may sound like a small step in the history of technology — but they will help people’s everyday lives and bring them an experience once only seen in sci-fi movies.”