Falls are the leading cause of injury among people 65 and older. Approximately 9,500 deaths in older Americans are associated with trips or stumbles each year, and on average, folks between the ages of 65 to 69 suffer a hip fracture one out of every 200 falls. More worryingly, as a result, 20 to 30 percent experience moderate to severe complications that can cause disability.

Cherry Labs, a Cupertino startup founded in 2016 by entrepreneurs Max Goncharov, Stas Veretennikov, and Nick Davidov, aims to prevent those sorts of injuries with an artificially intelligent (AI) in-home system — Cherry Home — that’s able to detect and track users with vision sensors and microphones. It today announced a $5.2 million funding round led by GSR Ventures, which it says will fuel a pilot program set to kick off in the coming weeks with TheraCare, a caregiving service, and TriCura, a tech platform that uses mobile apps to capture and share information among families, caregivers, and agencies.

Cherry Home officially launched in October, and is currently testing with 15 families in the Bay Area. Its kits ship with a binocular battery-powered camera with a 165-degree field of view, 1TB of internal storage, and a bevy of sensors, including an infrared sensor (for night vision), a motion sensor, an accelerometer, an altimeter, and a compass. Over a mesh Wi-Fi network, they beam video footage and audio recordings to a high-end companion PC with a backup battery, which saves and analyzes the data in near-real time.

“Understanding human behavior has a long list of applications, from home security to in-home senior care to the overall goal of making smart homes totally autonomous,” Goncharov, who serves as CEO, said. “But improving senior care is arguably one of the most important areas for technological improvement.”

Cherry Home claims its proprietary algorithms can distinguish people by their faces, lengths of their limbs, colors of their clothes and hair, and other “complex body parameters” such as changes in their gaits or postures. The system’s cameras are able to triangulate themselves in a room and create a diagram of their surroundings, which they tap to keep tabs on the location of people in view.

Above: Cherry Home’s view of a stumbling elderly patient.

That info is delivered to doctors and caregivers to help them assess whether adjustments in treatment or hospital re-admittance might be necessary. Pertinent stats are collated in a dashboard, where users with access can view short looped videos of “anomalies” such as trips, stumbles, cries, or shouts, along with a customizable daily summary of activities.

When Cherry Home detects that a more serious incident might have occurred, like a fall, it issues an alert to nurses and family members who have opted to receive notifications.

Cherry Labs says the data Cherry Home collects is processed locally, at the edge. And it contends that, thanks to a novel AI framework based on nested autoencoders — AI models that attempt to learn data features by “reconstructing” representations as close to the original inputs as possible — the cameras can learn new actions and anomalies without human supervision, and without the need for large datasets.

This will inform future features like contextual smart home device integration, Goncharov said, as well as sophisticated stroke detection that can recognize the condition’s early stages.

“Seniors currently make up 15 percent of the U.S. population and by 2030, one in five Americans will be of retirement age,” he said. “Studies show the majority of those people wish to remain at home, as opposed to moving into an assisted living facility. Cherry Home can [make it] happen safely and efficiently.” 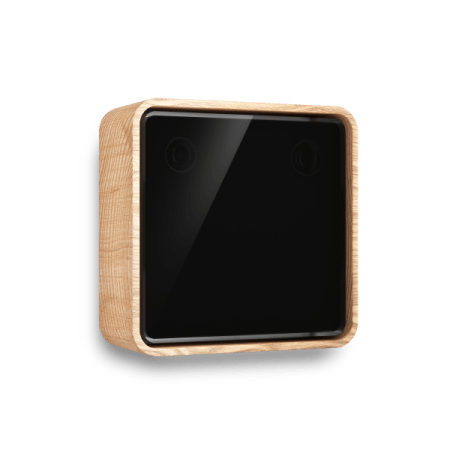 Cherry Labs’ timing is unfortunate. This week, Lighthouse, an AI home security startup backed by Andy Rubin’s Playground Ventures, shuttered its doors after failing to gain traction in an ever-more-crowded consumer device sector. Nest, Netatmo, Ring, Arlo, D-Link, Wyze, Tend, and others are fiercely vying for a slice of the $670 million smart home security market, which is forecast to reach $2.7 billion by 2026.

Cherry Home is also a bit on the pricey side. A starter pack of sensors and a processor will tentatively cost $1,600 (for two rooms) when it begins shipping in the first quarter of 2019, or as much as $2,000 (for six rooms). That’s not factoring in the cost of Cherry Labs’ subscription service, which starts at $30 per month per sensor.

But Sunny Kumar, a partner at GSR Ventures, believes that Cherry Labs’ technological advantages — and its focus on elder care — differentiate it from the pack.

“The Cherry Home team has the technological prowess and vision to deliver valuable products to the rapidly growing elderly care market,” Kumar said. “We are excited to partner with them as they develop a suite of services to power tomorrow’s autonomous smart homes.”