The social networking giant has been working on population mapping for a while already — back in 2016, it revealed that it was applying its computer vision smarts to satellite imagery to identify human-built structures and reveal exactly where people live in around 20 countries. These results are combined with existing census counts to create a population data set with a resolution of about 5 meters. Last month, Facebook announced a major global expansion of the program, including more accurate versions of the maps.

Knowing exactly how people are distributed helps Facebook invest resources in connectivity projects to get more people online (and using its services), but as a by-product of these endeavors the company has been providing data for health-related initiates around the world.

“After working with groups such as the American Red Cross and its Missing Maps project, we realized these maps could also have profound applications in public health,” noted Laura McGorman and Alex Pompe, who work on Facebook’s Data for Good program.

“When planning public health campaigns or responding to disease outbreaks, health organizations need information on where intended beneficiaries live, as well as real-time insights from the field. However, in much of the world, information from the most recent census is often out of date and timely insights from remote communities are scarce.”

The first fruits of this effort are three map types, designed to help universities and non-profits preempt the spread of diseases and communicate with those most at risk.

While Facebook is already working on population density maps to estimate now many people live within a 30-meter area, it will also now break these numbers down into demographics, such as how many children under five or women “of a reproductive age” are likely to be in the vicinity. It could also show where high numbers of elderly people live.

Ultimately, this kind of detailed demographic data could help organizations decide where to deploy certain types of medicine or health workers. 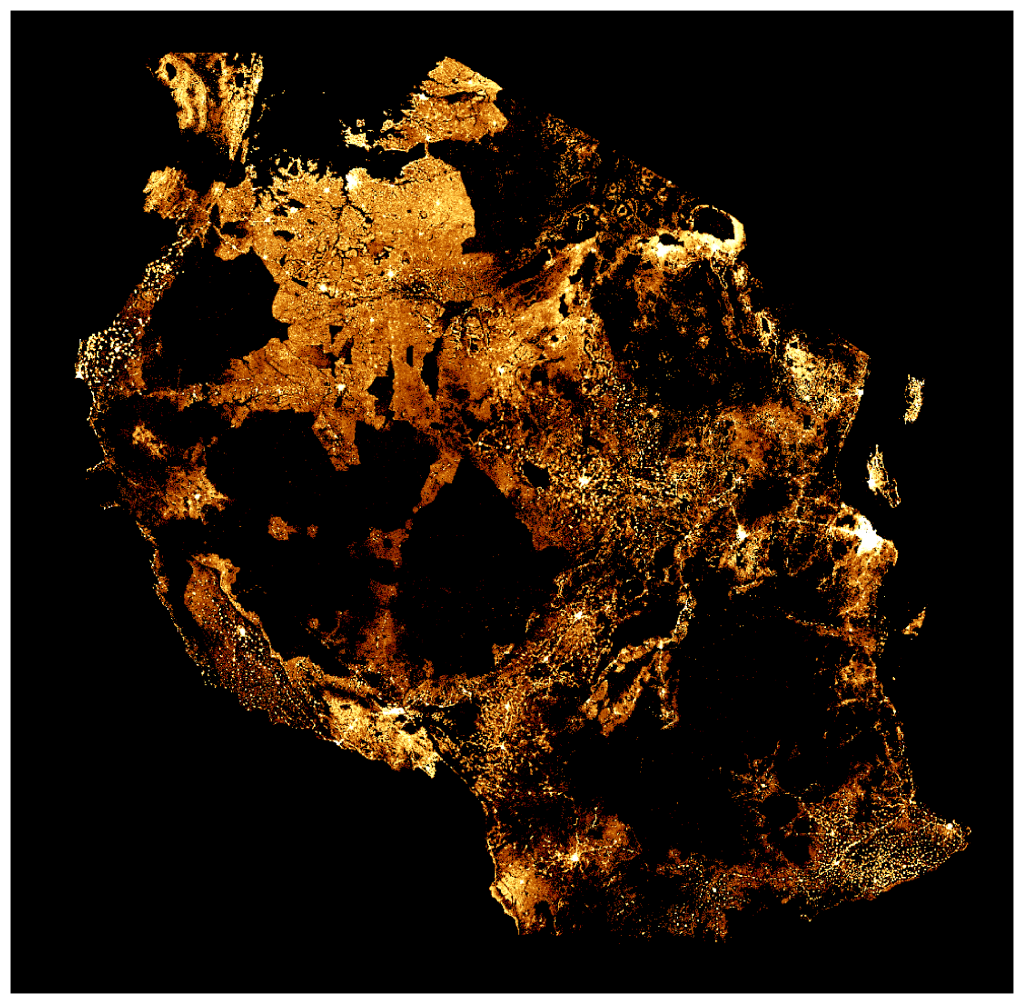 Above: The distribution of women of reproductive age (ages 18-49) across Tanzania

As with Facebook’s existing mapping project, the demographic estimates and population density data is not gleaned directly from its own platform, but rather through meshing computer vision, satellite imagery, and census figures.

“By combining these publicly and commercially available data sets with Facebook’s AI capabilities, we have created population maps that are 3 times more detailed than any other source,” Facebook said.

As the world’s single most popular social network, Facebook has a wealth of data on mobility patterns, which is what it’s putting to use in movement maps. By looking at where people move, when they move, and how often they move, it’s possible to make some predictions about where disease outbreaks are more likely to occur. Health organizations can combine population movement data with disease data on the ground to figure out where there is likely to be a big Cholera breakout, for example, or where in London flu vaccinations should be stockpiled.

“This kind of data can be integrated into our epidemiological models to help us estimate how quickly a disease might spread and where to put resources to contain it,” said Caroline Buckee, an associate professor of epidemiology at Harvard TH Chan School of Public Health. Above: Movement between Greater London and surrounding areas by day.

The third map type Facebook is introducing is all about helping get health-related messaging to populations through real-time maps that show how many people currently have access to a cellular network.

In areas with low density network coverage, health officials may have to dedicate more resources to house visits to communicate a message about vaccination availability, for example, while areas with good network coverage can perhaps rely on distributing their messages online.

“This allows public health teams to prioritize where other forms of communication are required, reaching the maximum number of people at the lowest possible cost,” Facebook said. 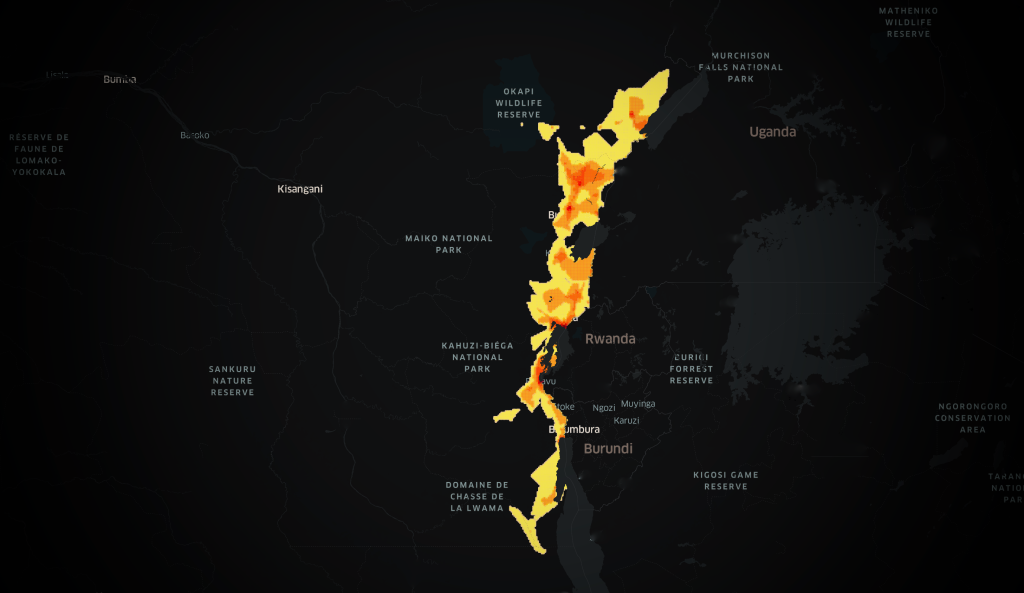 Above: Map showing density of 3G coverage in areas of Democratic Republic of Congo affected by a recent Ebola outbreak.

To begin, Facebook has partnered with more than a dozen organizations that will leverage these maps, including Harvard School of Public Health, the London School of Hygiene & Tropical Medicine, Malaria Atlas Project, Sabin Vaccine Institute, UNICEF, Wadhwani AI, the World Bank, and the World Economic Forum.

The density maps are available to everyone through a page on the Humanitarian Data Exchange, but movement data and network coverage can only be accessed by contacting Facebook.