Google’s chatbot analytics platform is now open to everyone, more than six months after its quiet debut during the company’s I/O developer conference. Called Chatbase, it’s intended to help developers better analyze and optimize their bots so they can improve conversion rates and accuracy — and avoid having users feel bots are useless.

Anyone can use Google’s Chatbase for free, similar to Google Analytics, and it’ll work across any platform, including Facebook Messenger, Kik, Slack, Viber, and Skype. But it’s more than messaging services where Chatbase could prove invaluable: With the rise of voice assistants like Google Assistant, Amazon Alexa, Samsung’s Bixby, and Apple’s Siri, understanding analytics will be important.

A product of Google’s Area 120 internal incubator, Chatbase currently has “hundreds” of companies using it, including Ticketmaster, HBO, and Viber. A spokesperson for the Rakuten-owned messaging service said in a statement: “We increased query volume by 35% for a popular stickers bot by optimizing queries with high exit rates. Chatbase has been immensely helpful … instead of combing through logs, we rely on its machine-learning capability to help prioritize required optimizations.”

Ofer Ronen, Chatbase’s team lead, told VentureBeat that since the platform’s early release, Google has learned that “building and analyzing bots can be challenging because the tools are relatively new and still maturing. Unlike websites and apps which are well understood, bot development is still establishing best practices.”

He went on to say: “An aspect that makes bots especially challenging is how open-ended they are: Users expect bots to handle a request containing any phrasing they choose. This is an area that Chatbase is especially focused on, by exposing popular requests to which a bot is not responding well.” 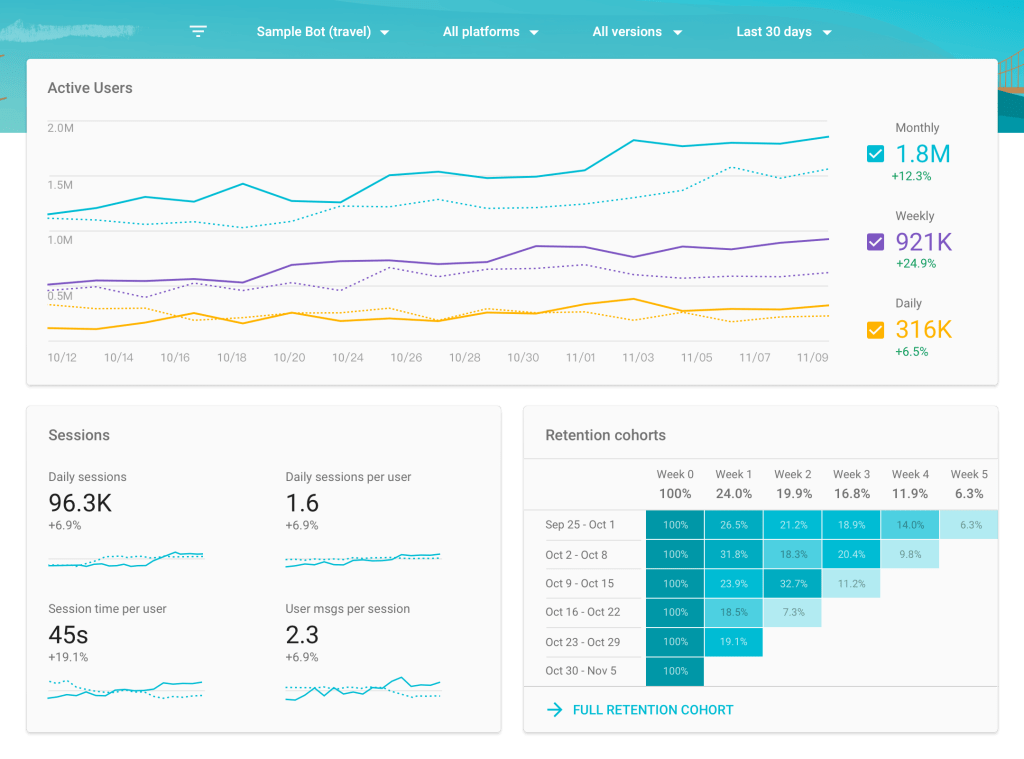 Google isn’t the only one in the analytics space for bots, as it competes against Dashbot, Botanalytics, BotMetrics, Manner, and others. But what might be an advantage to Google is what it’s done with Google Analytics, one of the top analytics tools for mobile and website developers. Ronen added that, besides the extensive array of things that could be tracked, Chatbot’s machine learning capabilities gives it leverage over the competition, clustering “similar problematic user messages. One example would be for finding and fixing ‘misses’, or alternate phrasing of supported actions that weren’t originally anticipated by the developer,” he said.

“Putting some of Google’s machine learning capabilities to work for our users is a clear differentiator, and our users are really excited about that.” 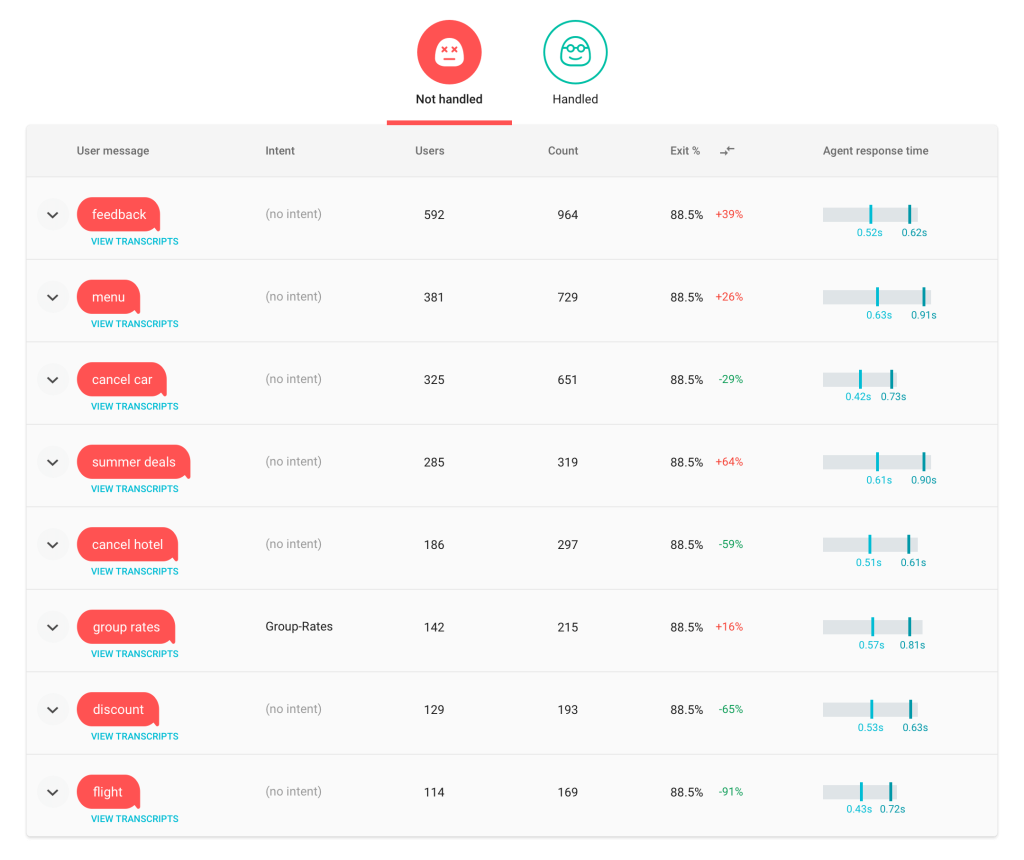 If Google is successful in positioning Chatbase as being platform-agnostic and the service becomes as widely used as its Analytics sibling, then the breadth of data that the company will receive around conversation, be it voice or text, will be enormous. That would not only allow Google to improve its bot ecosystem, but to see a significant boost in the machine learning space. Plus it may eventually lead to helping the company figure out ways to properly monetize bots — using a chatbot version of Google AdWords, perhaps?

Chatbase won’t give you the exact same metrics that you’d expect from a traditional analytics platform, although there are some overlaps. Among the data you’ll receive include the number of active users, sessions, and retention, while also comparing performance by platform.

Anyone can sign up for Chatbase. Those using Dialogflow, the service formerly known as API.ai, will automatically have access to Chatbase’s basic features within Dialogflow.