Through competitions and assessment tests, HackerRank helps more than 4 million developers measure and improve their skills, and it also works with more than 1,000 companies to assess skills of developers being considered for a job.

The matrix is meant to give businesses a way to measure the effectiveness of their developer hiring process — beyond metrics like the number of hires or how quickly they can fill a developer position.

Machine learning is used to help determine a healthy score distribution on assessment tests and to do things like measure the correlation between assessment test performance and feedback shared by developers after a test, VP of data science Sofus Macskássy told VentureBeat in a phone interview. Altogether, 150 million data points inform the matrix, which can tell a company how their test performs compared to those of peers in their industry or companies of a similar size. 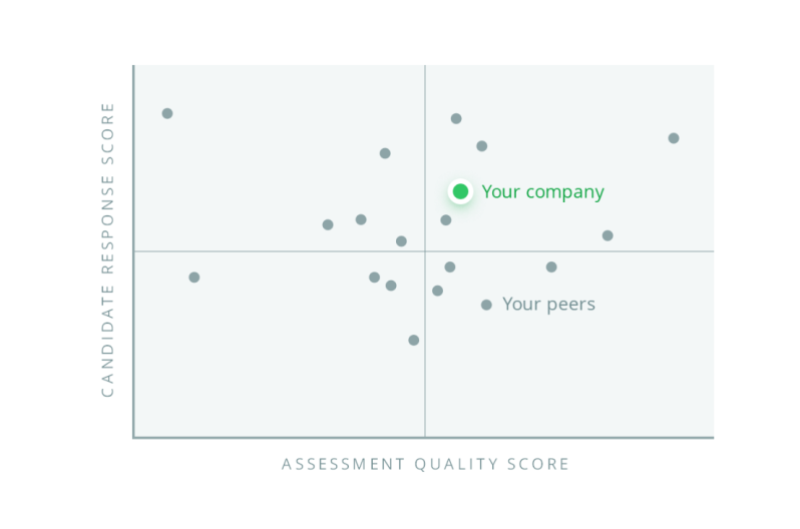 Business assessments look at both an overall assessment quality score and a company’s outreach efforts to attract developers through channels like social media and invite email conversion rates.

To create an assessment score, HackerRank measures things like how long it took a developer to take a test, how often they had to run a piece of code, and coding languages used to complete assessments. The score is also informed by test design and direct feedback from developers about the test.

HackerRank will not initially make company assessment scores available to developers (which would give them an impression of high- or low-performing companies to help them decide whether they want to work for a company), but the company may revisit the idea next year after conversations with customers, a spokesperson told VentureBeat in a phone call.