Before robots become our overlords, they’ll lull us into complacency by being our servants first.

Robots are as big as ever at CES 2018, especially at the press event for LG, the first major electronics and appliance company to hold an event during the CES Media Day. But one of the robots proved to be particularly uncooperative.

Artificial intelligence permeated the line-up of LG products, and robots were simply a version of AI that involved moving objects. Google Assistant and Amazon Alexa were integrated into a number of products, from refrigerators to TVs. On the robot side, LG also showed off a new personal porter robot, and shopping cart robot.

“We are integrating AI into a diverse portfolio of products,” said Park Il-pyung, chief technology officer at LG Electronics, at the press event.

David VanderWaal, vice president of marketing at LG, had to sweat it out on stage because the home assistant robot Cloi was uncooperative. 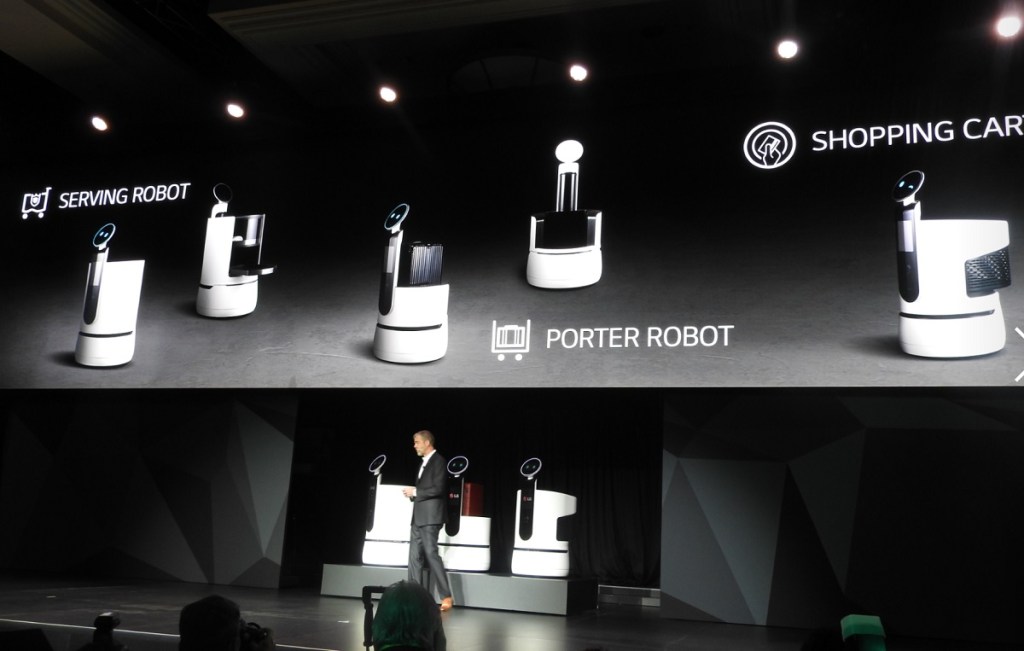 At first, she said, “Hello Dave. I hope you are well. What can I do for you today?” She told him the daily schedule and noted that she had set the washer for his workout gear.

Then she decided to stop answering his voice queries after a couple of commands. While Cloi was silent, VanderWaal repeatedly asked questions on stage in front of hundreds of press. To no avail. Cloi remained silent and looked at him with her unblinking blue eyes.

Other robots have easier jobs. At Incheon Airport in South Korea, LG has five airport guide robots and five cleaning robots deployed. Those robots rolled more than 373 miles at the airport and greeted more than 7,500 visitors during a trial. 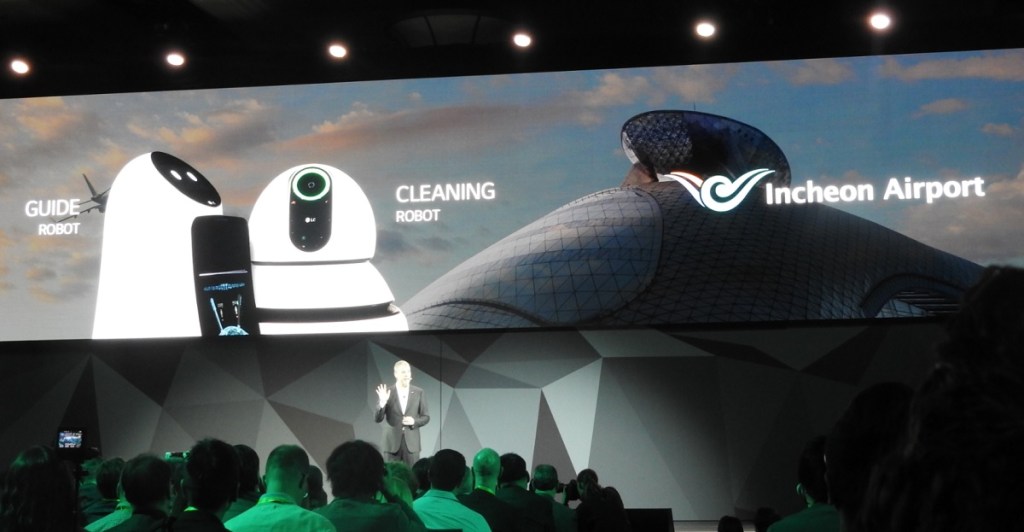 LG also showed a few new servant robots. A porter robot will bring you your daily newspaper. And a shopping cart robot will take your list of ingredients and pick them up at the store. The overall idea of personal robotics, though, is to help people at places like hotels, airports, and restaurants.

LG had some more static AI integrated into its LG ThinQ Speaker, which is a smart hub with Google Assistant voice commands. It also integrated Google Assistant into a number of new TVs, while its LG Smart InstaView Door-in-Door Refrigerator has Amazon Alexa built in.