Luminar is a lidar startup that in 2017 emerged from five years of stealth with $36 million in funding. The early funds came from 1517 Fund, Canvas Ventures, and GVA Capital. Luminar is now expanding its product lineup substantially as it looks to corner an autonomous vehicle market that’s anticipated to be worth $556.67 billion by 2026. Alongside a new lidar solution designed to slot into advanced driver-assistance systems (ADAS), the San Francisco-based company today took the wraps off of its first production platform aimed at consumer vehicles and trucks — which includes what CEO Austin Russell describes as “full perception” capabilities.

“We’re at a stage where everyone in the industry is hacking together Frankenstein solutions with off-the-shelf parts for their R&D programs, but to successfully achieve series production autonomy, hardware and software have to be seamlessly developed and integrated in tandem,” said Russell. “This combined, turnkey solution for series production vehicles is key to democratizing autonomy in the industry, enabling every automaker to deliver on the promise of self-driving capabilities on their vehicles.” 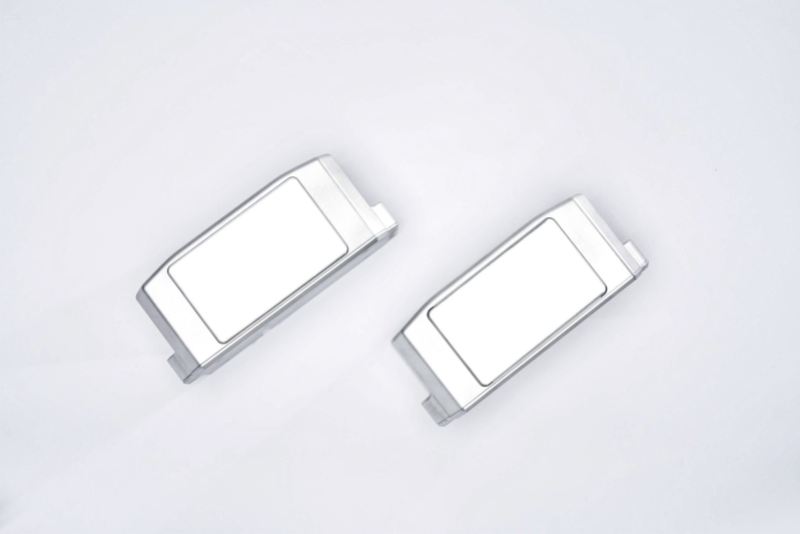 The aforementioned platform and ADAS add-on — both of which will be sold under a new brand, called Iris — are perhaps Luminar’s most ambitious undertakings yet. To develop the highly compact sensors, the company recruited 60 software engineers across Palo Alto and Orlando and appointed as VP of software Christoph Schroder, the former head of R&D from Mercedes-Benz’s North America division who worked on one of the first applications of highway autonomy at Bosch in Stuttgart.

Iris bundles hardware and software into a single package, and it will be offered in two flavors when it becomes available later this year. The more technologically sophisticated of the two will cost $1,000 and enable hands-free “freeway autonomy,” while the cheaper ADAS version — which is expected to sell for under $500 — will drive autonomous functions like emergency braking and steering.

Luminar anticipates that it will achieve higher production volumes with the $1,000 Iris system, and it envisions automakers offering the lower-tier model as an aftermarket upgrade when the lineup launches beginning in 2022. The company says that it’s currently quoting and in the process of arranging multi-year contracts worth more than $1.5 billion combined.

Iris’ unveiling comes months after Luminar revealed a collaboration with Autonomous Intelligent Driving (AID), Audi’s driverless technology spinoff and a supplier for Volkswagen Group brands like VW and Porsche, to accelerate the latter’s goal of bringing to market fully self-driving cars by 2021. The two teamed up in June to outfit prototypical vehicles with object-detecting lidar sensors. And in Munich, AID is currently testing fleets with forward vision systems powered by Luminar’s sensors. 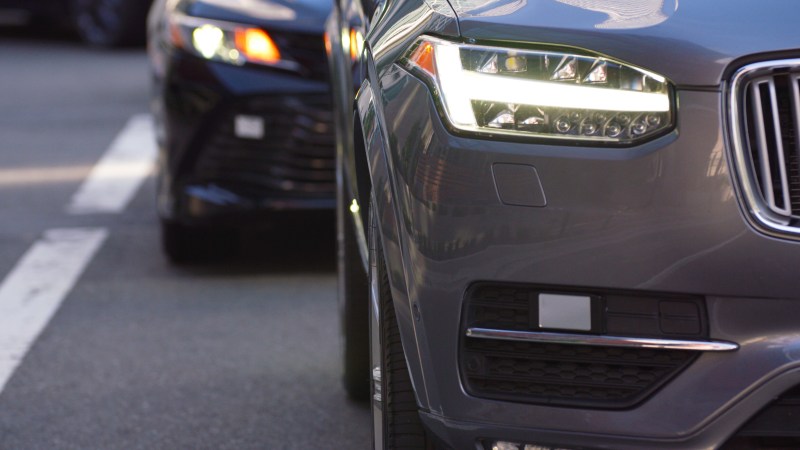 Above: One of Luminar’s Iris sensors affixed to a grill.

Luminar in June 2018 announced Volvo as its second public partner, following the September 2017 reveal of Toyota Research Institute as its first. The Swedish car company made a “significant investment” in Luminar through the Volvo Cars Tech Fund, which targets “high potential” technology startups in the areas of artificial intelligence, autonomous driving, digital mobility services, and electrification. According to Volvo, Luminar’s innovations enabled its research and development team to pursue pose estimation — a facet of computer vision that tries to understand the position of various points in an object — with the goal of predicting pedestrians’ body language and, subsequently, their intentions.

The lidar market is projected to be worth $1.8 billion in just five years, and it’s an overcrowded field. Innoviz had raised $65 million in September 2017, following funding rounds by Oryx and TetraVue. Lidar startup Baraja in January raised $32 million for its innovative prism-like optics design, and Alphabet subsidiary Waymo earlier this year said it would begin selling its proprietary near-range, 360-degree lidar design — Laser Bear Honeycomb — to “dozens” of customers in the coming weeks to months. That’s not to mention far-infrared pioneer AdaSky, ground-penetrating radar startup WaveSense, and velocity-measuring sensor company Aeva, all of which seek to develop technologies that complement traditional vision-based autonomous car perception systems.

The competition isn’t scaring G2VP founding partner Ben Kortland, though. He notes that Luminar is actively working with 12 of the world’s 15 largest auto OEMs, and that it now has 60 patents.

“We’ve been following the lidar industry closely for the last five years, watching for a technology leader to emerge that can enable level 4 autonomy,” said Kortlang, who plans to join Luminar’s borad, alongside Broadcom president and CEO Scott McGregor. “With the release of Iris, Luminar uniquely offers a lidar solution that meets the performance, safety, and cost metrics that OEMs require to commercialize autonomous vehicles. Luminar’s product is the enabling technology that will put autonomous vehicles on the road sooner than we expected.”