Leave it to Neato, a startup operating within 130-year-old German company Vorwerk Group, to shake up the robotic vacuum market. During a press conference at IFA 2018 today, it debuted a new lineup of ultra-efficient vacuums that connect to your home Wi-Fi network and send cleaning reports to a companion smartphone app.

The $499 Botvac D4 Connected replaces Neato’s Botvac D3. The entry-level vacuum has an updated look and feel, with a cube-textured pattern and laser-cut metal inlay that belies its price point. Run time has been improved from 60 minutes to 75 minutes, and it ships with Neato Quick Boost Charging onboard, a feature that automatically figures out how much power is needed to finish a cleaning job and charges accordingly.

Next up: the $699 Botvac D6 Connected. It also sports a new brushed metal look, plus a battery with a 120-minute runtime (up from 90 minutes) and a Turbo mode that increases suction and makes the brush rotate faster. Also in tow are enhanced brushes — a spiral combo brush and a side brush — and a filter that’s designed to sweep up pet hair and allergens.

Existing Botvac D7 owners aren’t getting left out in the cold, though. Neato announced an update — Zone Cleaning — that allows users to target “trouble areas” (e.g., beneath the kitchen table) with more frequent cleaning. It’ll be available this fall for new and existing owners.

Both the Botvac D6 and Botvac D4 are available for purchase immediately. 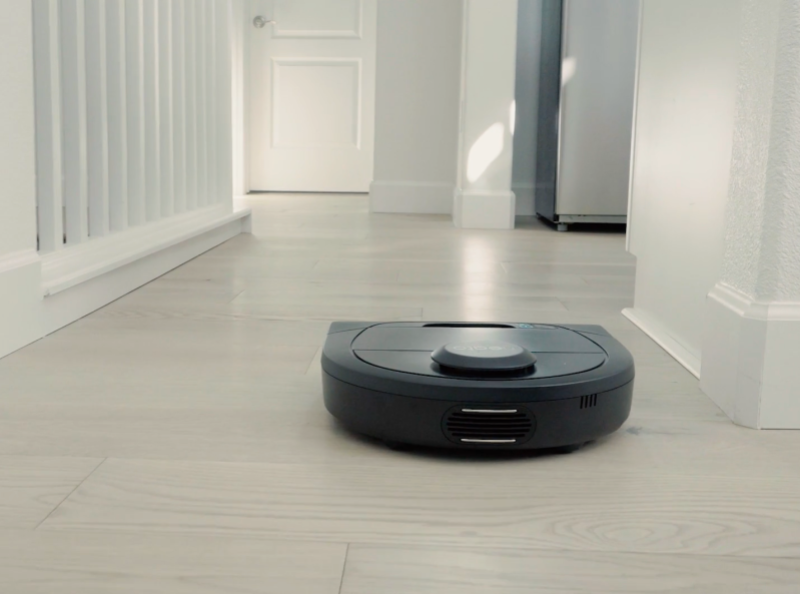 Market-shaking innovation is nothing new for Neato, which was one of the first to integrate Alexa and Google Home with its vacuums. Its other claim to fame: No-Go Lines, which lets you identify areas on floor plans where the robots won’t clean. (In July, an over-the-air software update improved upon it with multiple floor maps.)

In addition to No-Go Lines, all of Neato’s new vacuums feature its signature LaserSmart mapping tech, which uses lidar sensors to map the floor. The company says its vacuums average just 22 minutes to clean a room, compared to the next-closest competitor’s 70 minutes.

“We believe in the notion of personalized cleaning,” Neato Robotics vice president of marketing Stephane Maes told VentureBeat in a phone interview. “Everyone’s idea of ‘clean’ is different, and we design products that adapt to them.”

Folks are buying what Neato’s selling. Maes said that this year it’s seen close to 50 percent growth and that it’s among the “top 10” market leaders in vacuums.

Of course, there’s plenty of competition. Also at AFI this week, Chinese startup Anker announced the Eufy RoboVac 30C, which boasts up to 1500 pa (pascals) of dirt-sucking power; the second generation of Anker’s BoostIQ technology, which automatically increases the suction power as needed; and compatibility with Alexa and the Google Assistant.