Nvidia is bringing a new embedded computer to its Jetson line for developers deploying AI on the edge — its smallest computer ever, according to CEO Jensen Huang. Named the Jetson Nano, the CUDA-X computer delivers 472 Gflop of compute power and 4GB of memory and can operate on 5 watts of power.

The Jetson Nano for deploying AI on the edge without an internet connection follows the release last year of the Jetson AGX Xavier chip and the Jetson TX2, which was released in 2017. 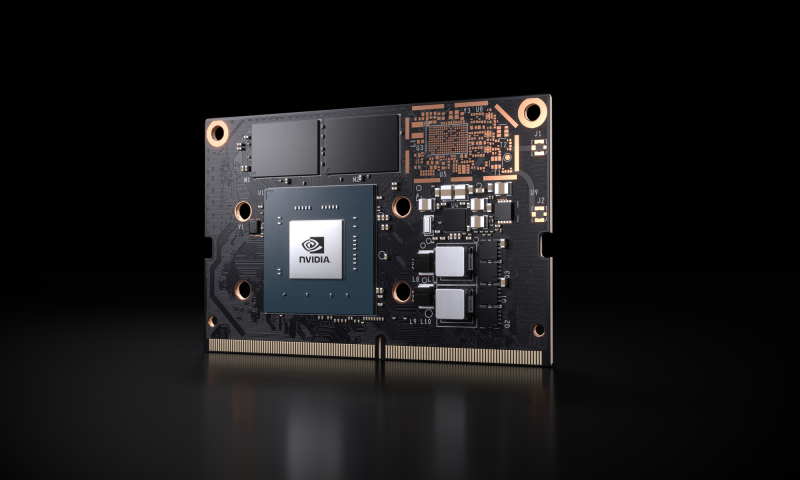 The Jetson Nano developer kit is available today for $100, while the $129 Jetson Mini computer for embedded devices will be available in June.

Like its predecessors, the Jetson Nano will be able to work with Nvidia’s more than 40 CUDA-X AI deep learning libraries. 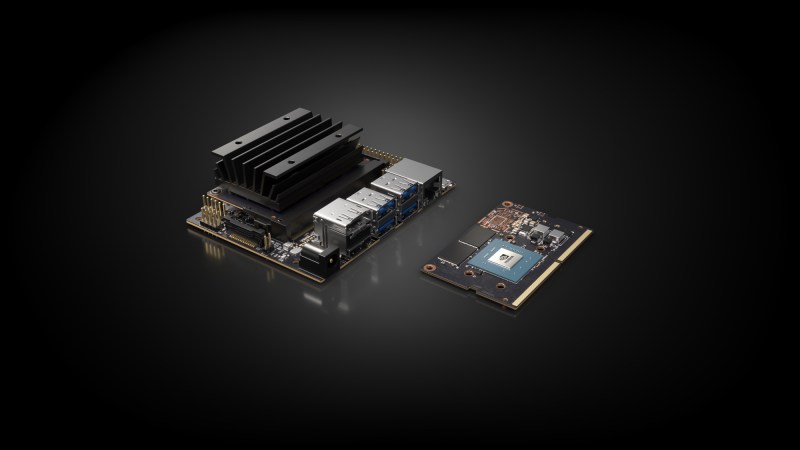 Above: Jetson Nano developer kit for $99

The Jetson system for edge computing on mobile or embedded devices is currently used by 200,000 developers, Talla said.

Edge computing helps power inference for robots, drones, security cameras, and many other devices that don’t want to rely on an internet connection.

Nano, TX2, and AGX Xavier can be used to create robots from Nvidia — like the Kaya, Carter, and Link robots — with the Isaac robot engine and Isaac Gym robot simulator. Nvidia opened its robotics research lab in Seattle in January.