Nvidia is tracking more than 2,800 companies through its Inception program, which was created to identify the best artificial intelligence startups. It does so to find investment opportunities, but the world’s biggest standalone maker of graphics processing units (GPUs) also knows that these startups will use its technology for AI computing.

I headed out to Nvidia’s new headquarters in Santa Clara, California, last week to watch pitches from 12 companies in a Shark Tank-styled judging event. The 12 presenters were chosen from 200 applicants and are vying for a $1 million prize pool.

Nvidia CEO Jensen Huang introduced a panel of four judges and said he was glad that he didn’t have to go through this kind of process when he cofounded Nvidia in 1993. Twelve semi-finalists gave their eight-minute pitches, six finalists were selected, and the final winners will be picked at the company’s GPU Technology Conference on March 27 in San Jose, California. Pitches ranged from real-time maps to checkout-free systems for stores.

The same chance is available to the companies presenting, Huang said. The 12 speakers were divided into the categories of AI for autonomous systems, health care, and enterprise. Here are the details on the four pitches for enterprise applications. (Check out the autonomous systems AI startups here). 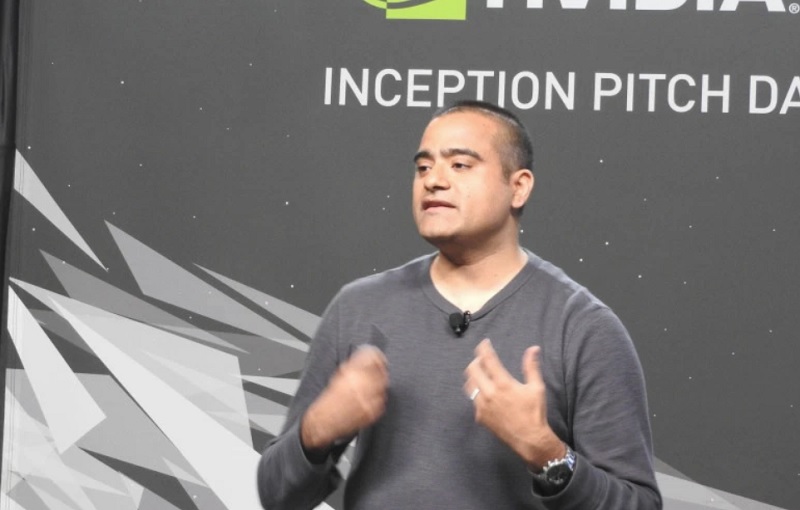 Above: Sheldon Fernandez, CEO of DarwinAI.

DarwinAI CEO Sheldon Fernandez came from Waterloo, Canada, to make his presentation. “We are focused on foundational challenges with respect to deep learning,” he said. Deep learning networks are hard to build and expensive to run. And they are hard to explain.

“They remain black boxes to people who run them,” he said.

DarwinAI focuses on reducing the size of deep learning neural networks while maintaining accuracy and minimizing inference time, or the time it takes to do something like recognize an object. It also tracks how deep learning networks reach the decisions they make, such as deciding whether an object is a muffin or a dog, and then it explains that learning to the human users.

This is called generative synthesis, and it came from academics at the University of Waterloo.

“We use AI to observe a neural network during training, to understand its inner workings, and then generate an entirely new and highly compact instance of that network,” Fernandez said. “We are using artificial intelligence to build artificial intelligence. That allows developers to focus on the important task of getting their networks to run functionally correctly while offloading performance tasks to our network.”

He showed three networks using Nvidia hardware while running on a single Nvidia Jetson TX2 chip. This showed the networks running much faster — 1.7 times to 2 times faster — than networks that don’t use DarwinAI’s solution. It can be used in financial services, self-driving cars, and consumer electronics.

“We can dramatically reduce the amount of computing resources to run neural networks,” Fernandez said.

DarwinAI was founded in January 2017. It has fewer than 15 employees and has raised $400,000 from angel investors. 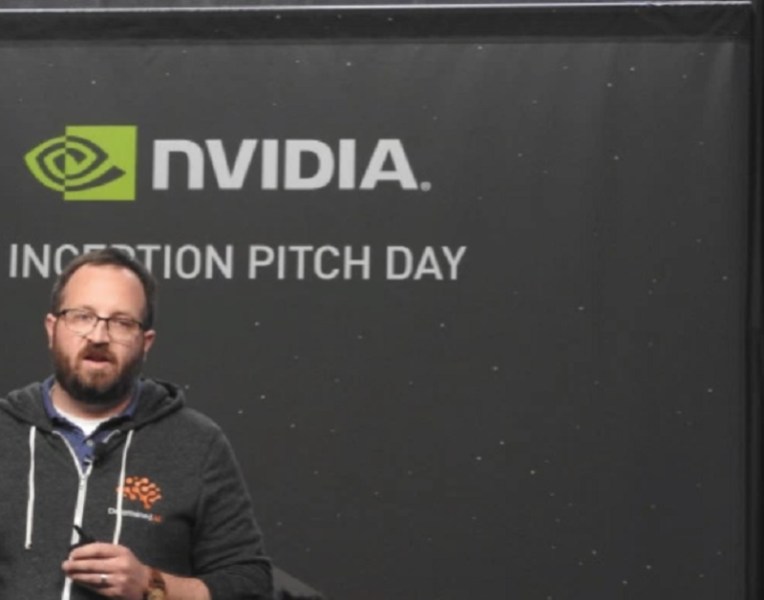 Determined AI CEO Evan Sparks has created tools to enable AI engineers to create AI solutions faster. It’s kind of meta, as it uses AI to make AI better. The company has created Productivity Engine for Deep Learning (PEDL), a deep learning workflow management engine that is installed on GPU hardware. It is designed to help engineers through the process of AI development.

Sparks quoted Huang as saying “Software is eating the world, but AI is going to eat software.” He added “We agree. AI is on the verge of revolutionizing every industry.”

But there are some obstacles. Developing AI solutions is extremely complex and time-consuming. It can take years and require teams of experts with considerable experience. It needs a lot of GPUs to do the actual processing, and the software often doesn’t work well together.

“We think software development has to be reinvented for the AI age,” Sparks said.

Sparks said that PEDL can make AI software engineers 20 times to 100 times more productive. It also allows them to determine why AI made a particular decision, based on each step it took along the way.

Berkeley, California-based Determined AI was founded in 2017 and has fewer than 15 people. The company has raised $2.6 million from Amplify, Techammer, The House Fund, and others.