Nvidia created its Inception program to identify the best artificial intelligence startups — those that will change the world and tap the computing power of Nvidia’s graphics processing unit (GPU) and AI processors. To that end, the company created a contest with a $1 million prize pool and entertained pitches from more than 200 companies, with 12 of them presenting last week at its new headquarters in Santa Clara, California.

I attended the Shark Tank-styled event, as did Nvidia CEO Jensen Huang, a panel of four judges, and various sponsors. Twelve semi-finalists gave their eight-minute pitches, six finalists were selected, and the final winners will be picked at the company’s GPU Technology Conference on March 27 in San Jose, California. Successful pitches covered everything from legged robots to machine learning for sound analysis.

“AI is enjoying a revolution: software that writes software, machines that learn by themselves, solving problems that human software engineers had no possibility of addressing until now have finally hit the scene,” said Huang, who cofounded Nvidia in 1993. “I believe one of the great companies of the future is in our presence today.” 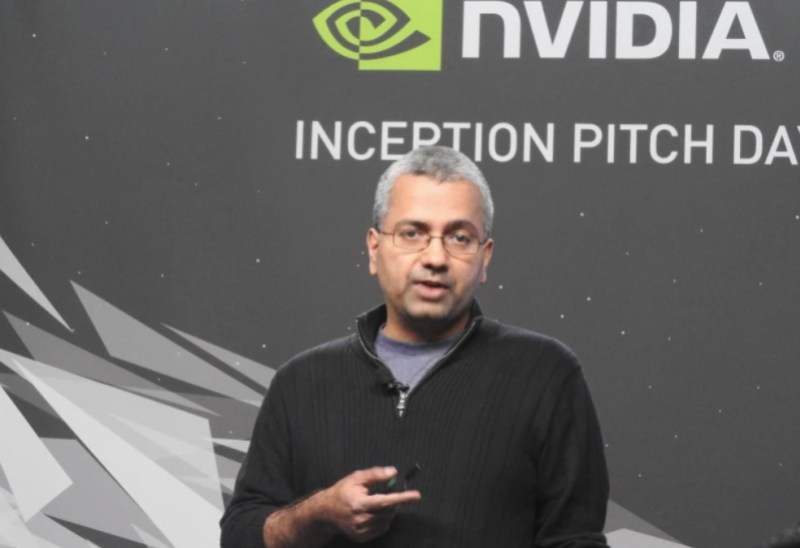 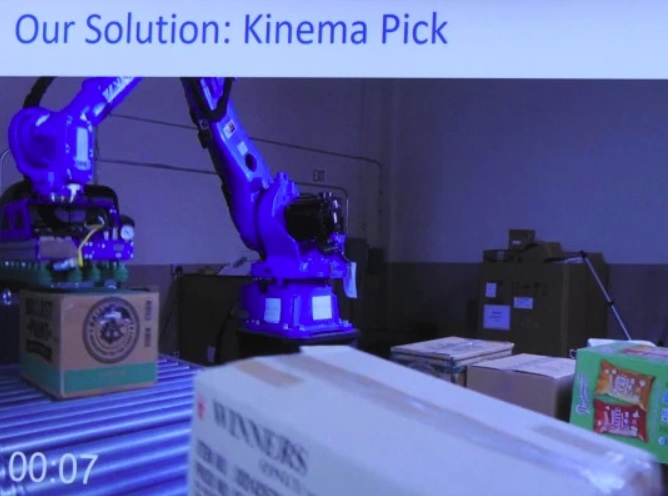 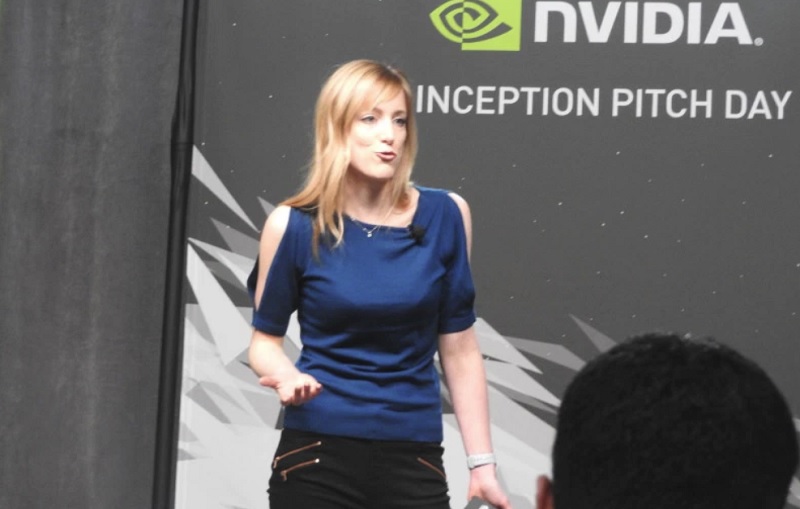 Kirsty Lloyd-Jukes, managing director at Morpheus Labs in the United Kingdom, said her company is dedicated to deciphering the way humans behave. It looks at the raw data in publicly available traffic cameras that show how humans behave as pedestrians, bikers, and motor vehicle drivers.

“The No. 1 cause of death of adults under 44 is road accidents,” Lloyd-Jukes said, adding that “40,000 people died last year in the U.S. in car accidents. Ninety-five percent [of those] are caused by human error.”

Humans don’t follow the rules. We speed. Drive tired. Get distracted. Text our friends. Autonomous cars can solve this, but they have a hard time navigating the road along with other humans because those humans break the rules that the autonomous cars are built to obey. So Morpheus Labs took all of the data from traffic cameras showing real human behavior and fed it into a prediction model and simulator.

“We start with raw video data in traffic cameras and throw it at our computer vision network,” Lloyd-Jukes said. “It identifies behaviors. We then go into learning algorithms. Autonomous can solve this problem. But the single biggest challenge they face is dealing with other humans. The last piece of the puzzle is prediction. How do you anticipate what a human is going to do? To do that, you need a really good model of human behavior. That is what Morpheus Labs is going to do.”

Now it can do a much better job of predicting how humans will behave in a specific environment, such as a road roundabout, and it can feed that data to the autonomous cars. The cars can then navigate better based on what real humans are likely to do in the same situation. Morpheus-based agents can go through a roundabout without getting in a wreck or hitting a pedestrian.

The company has fewer than 15 people and was founded in February 2017. It has raised $2 million from Oxford Sciences Innovation and Oxford Capital Partners.

“So many lives are lost on the roads unnecessarily,” Lloyd-Jukes said. 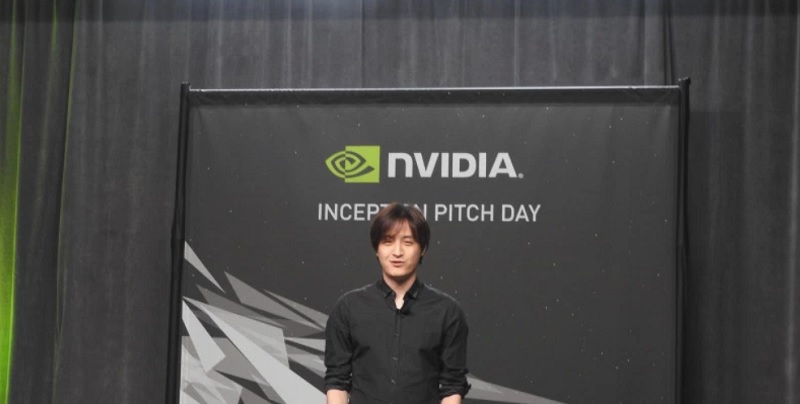 Yoonchang Han, CEO of Cochlear.ai, traveled from South Korea for his pitch. He noted that AI experts have studied machine learning, computer vision, natural language, and speech for a while. Han himself has been studying audio systems and machine learning for a long time. And Cochlear.ai believes we’re missing out on a source of valuable data that has been largely ignored in our AI studies.

“Through this powerful machine language technology, computer vision can detect images, see the humans, and understand what they are doing,” Han said. “We are missing something important here: sound.”

Cochlear.ai uses signal processing and machine learning to capture the data and makes it available through a cloud applications programming interface. The data can be used to develop devices for hearing-impaired people or self-driving cars by supplying additional information that enables these devices to make better decisions.

If a computer hears the sound of rain, it can suggest that you take an umbrella as you head out the door. If you hear footsteps, you may be able to identify them as made by high heel shoes.

“Humans use this non-verbal information all the time,” Han said. “Just imagine a robot that can understand the context of a situation rather than wait to be ordered to do something.”

If your AI-driven home security system detects sounds, it may be able to tell you the water is running or a baby is crying. It’s a hard problem to solve because sounds can take up a lot of storage. It also requires a lot of GPUs to process all that material. Han believes that systems such as Amazon Alexa could be much more useful if they listened to sounds and interpreted them. This would allow them to conclude, for example, that someone who is coughing a lot might need medicine. He said a self-driving car that “hears” a car crash can try to figure out if there’s a threat to the car.

“We are focusing on simulating the auditory system,” Han said. 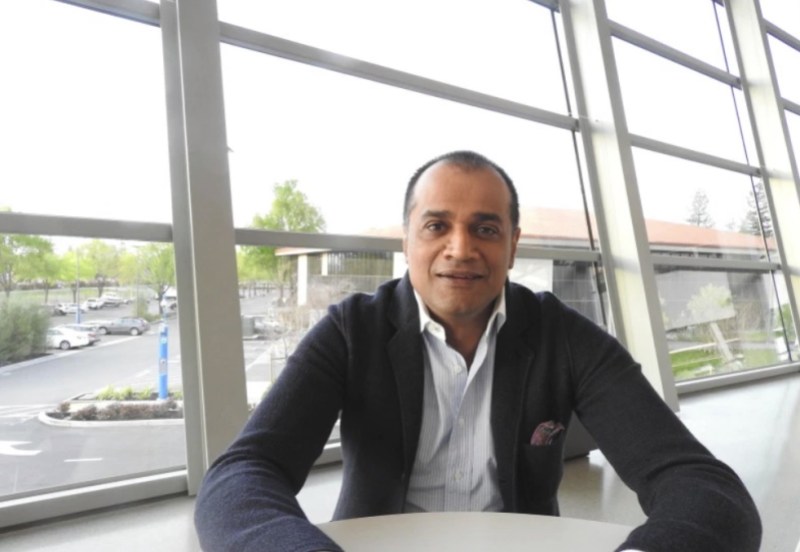