Research on the most frequently seen malicious behavior in Azure Active Directory and Office 365 found that malicious activity often looks very similar to legitimate user activity, said Vectra AI, a threat detection and response company. Regardless of the size of the company, O365 Risky Exchange Operation, or attempts to manipulate Exchange was the most frequently seen behavior, Vectra said in the 2021 Q2 Spotlight Report, Vision and Visibility: Top 10 Threat Detections for Microsoft Azure AD and Office 365. 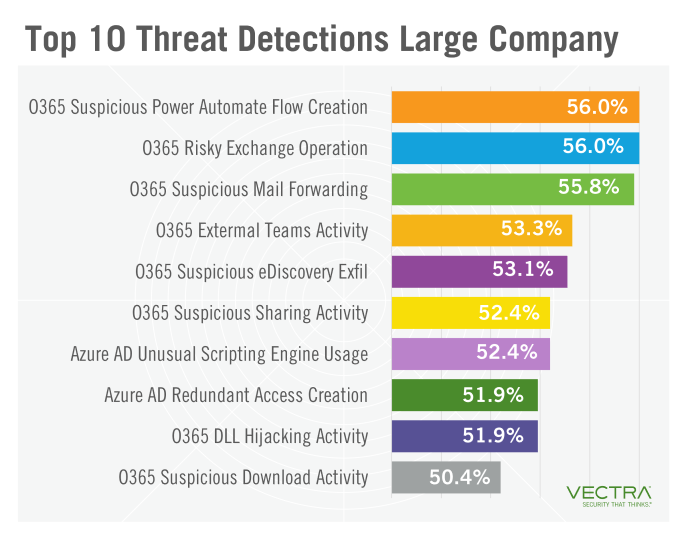 Research focusing on the top 10 threat detections in Azure AD and Office 365 environments identified the most common activities that can indicate a security threat:

Above: Small and medium companies had similar top 10 lists of potential malicious activities.

With 250 million active users, Office 365 has a big target on its back, as cybercriminals devote time and resources crafting attacks targeting the platforms large user base. Adversaries increasingly find that overtly malicious actions are unnecessary when existing services and access used throughout an organization can simply be co-opted, misused and abused.

In a recent Vectra survey of 1,000 security professionals, 71% said they had suffered an average of 7 account takeovers of authorized users over the last 12 months.