Waymo today announced that its autonomous cars have driven tens of billions of miles through computer simulations and 20 million miles on public roads in 25 cities, including Novi, Michigan; Kirkland, Washington; and San Francisco. That’s up from 10 million only a year ago, which the Google sibling says illustrates its “accelerated pace of learning” as it continues to build “the world’s most experienced driver.”

The updated metric puts Waymo far ahead of rivals like Yandex and Baidu, whose cars had driven around 1 million miles as of October and July, respectively. In late 2017, the cofounder of Cruise, GM’s self-driving unit, told investors it was on the verge of putting 1 million miles on its autonomous test cars per month.

Of course, it’s worth acknowledging the debate around autonomous miles as a measure of progress. Noah Zych, head of system safety at Uber’s Advanced Technologies Group, told Wired in an interview that miles traveled isn’t a particularly insightful metric without context like location. Derek Kan, U.S. secretary for policy at the U.S. Department of Transportation, echoed that sentiment in remarks at a conference two years ago.

But Waymo argues the contrary. “To put this in perspective, 20 million miles of driving experience is the equivalent of driving 800 times around the globe, making 40 trips to the moon and back, and accumulating 1,400 years of driving experience for an average American driver,” wrote the company in a press release. “As we drive the next 10 million miles and beyond, we’ll continue to scale our fully driverless miles, grow our community of riders, and tackle new geographies and related complexities, empowered by our fifth-generation hardware suite.” 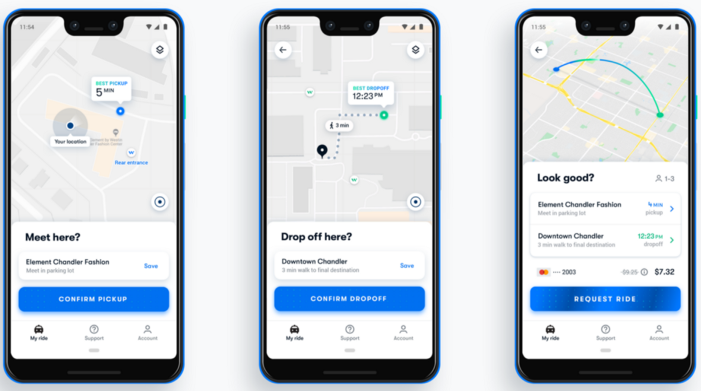 The milestone comes after Waymo passed 1,500 million monthly active riders. In December, the company said it had tripled the number of weekly rides since January 2019 and had served over 100,000 total rides since launching its rider programs in 2017.

Waymo previously shared that it has over 600 vehicles ferrying customers of Waymo One, the commercial robo-taxi service it launched in Phoenix, Arizona in December 2019. Recently, Waymo began mapping the streets of Los Angeles to study congestion, and it expanded testing to highways in Florida between Orlando, Tampa, Fort Myers, and Miami.

Waymo One hasn’t grown far beyond Phoenix geographically, but it’s moving incrementally forward toward a broader launch in the continental U.S. To this end, a Waymo One app for iOS launched last month in the App Store. Like the app for Android, which launched publicly in April, Waymo One for iOS hails rides from almost any Phoenix-area location 24 hours a day, seven days a week. It prompts customers to specify both pickup and drop-off points before estimating the time to arrival and the cost of the ride. As in a typical ride-hailing app, users can also enter payment information and rate the quality of rides using a five-star scale. 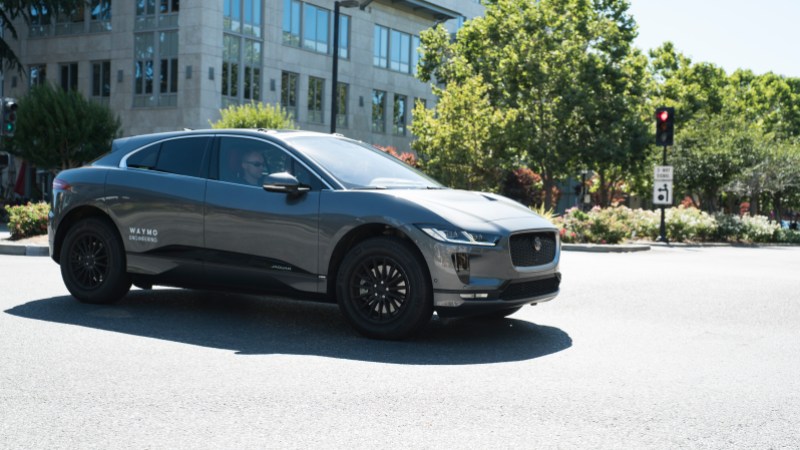 Waymo is poised to expand the size of its operations drastically in the coming months. It’s on track to add up to 62,000 Chrysler Pacifica minivans to its fleet, and it has signed a deal with Jaguar Land Rover to equip 20,000 of the automaker’s Jaguar I-Pace electric SUVs with its system by 2020. (A few of the I-Paces are currently undergoing testing on public roads in San Francisco.) Waymo is also testing its autonomous stack on Peterbilt trucks in the San Francisco Bay Area, Michigan, Arizona, Georgia, and Metro Phoenix freeways (as well as on the I-10 between Phoenix and Tucson). The company plans to grow trucking and commercial delivery applications of its technology as part of a project known internally as Husky.

That might be optimistic — Waymo has competition in Yandex, Tesla, Zoox, Aptiv, May Mobility, Pronto.ai, Aurora, Nuro, and GM’s Cruise Automation, to name just a few. Daimler last summer obtained a permit from the Chinese government that allows it to test autonomous cars powered by Baidu’s Apollo platform on public roads in China. Beijing-based Pony.ai, which has raised $214 million in venture capital, in October launched a driverless taxi pilot in Irvine. And startup Optimus Ride built out a small autonomous shuttle fleet in New York City, becoming the first to do so.