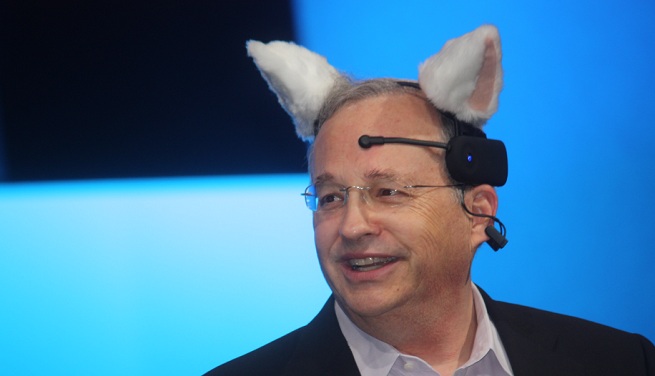 Justin Rattner demonstrated Intel’s first all-digital WiFi radio chip after more than a decade of research. That radio is the stepping stone for microprocessors — from the smallest sensor chips to supercomputers — to be linked by wireless signals that are sent and received by a radio embedded in the microprocessor itself.

Speaking on the final day of the Intel Developer Forum in San Francisco, Intel’s chief technology officer came out wearing a pair of rabbit ears. A sensor on his head measured his stress level. The ears rose if he was nervous, and they fell flat if he was calm. His ears stayed up the whole time he wore it. But he did have something interesting to show.

Rattner said he learned not to make predictions and talk only about technology he could demonstrate from a speech his predecessor, Pat Gelsinger (pictured right), made at IDF in 2002. Gelsinger famously predicted “Radio Free Intel,” where every Intel processor would ship with an onboard radio.

“Pat caught a lot of flak for that, especially the free part,” Rattner said. “We had no idea how to do that.” 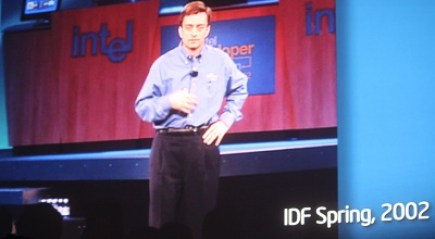 One problem was that radio signals are analog, based on real-world signals such as waves, in contrast to the ones and zeroes of digital signals of computers. As you shrink a chip, the circuits of a digital computer shrink as well. But analog circuits don’t work in the same way. They no longer work. So it’s a hard problem to combine analog and digital on the same chip. Some chip companies have specialized in this work, with the result being high-demand specialty chips such as baseband radios for cellphones.

Most of the time, however, it’s better to separate analog and digital functions into separate chips. One of the tough problems is interference between the analog and digital parts. It is a big challenge for Intel to do the same with standard chips made by the millions. Intel set out to create a digital radio, over the past decade, and it has finally completed the task. 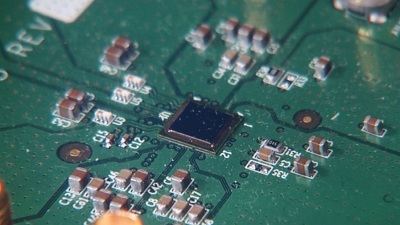 Yorgos Palaskas, the research leader of Intel’s Radio Integration Lab, said, “It was a monumental effort. We had to do it from the ground up.” 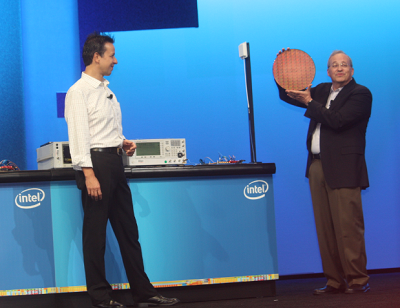 Intel has now created its digital RF Wi-Fi transceiver. It has a 40-megahertz bandwidth, built with Intel’s 32-nanometer manufacturing technology, and it improves its functions as it is miniaturized. The experimental radio is comparable to decent stand-alone WiFi radios. Rattner thinks that the quality of the radio will be better within the digital chips than in separate analog chips over time.

Jon Peddie, an analyst at Jon Peddie Associates, said that cellphone baseband chips combined different kinds of analog and digital signals on the same chip. But he confirmed that the digital radio is a lot harder to do because of the interference problems.

The Intel chip is code-named Rosepoint and it features two Atom microprocessor cores on the same chips as a WiFi radio. Rattner showed off a wafer (which is processed and then sliced into chips) that contained the Rosepoint designs, proving that the technology is in prototype production.

“Here it is, a not-so-free Radio Free Intel,” Rattner said.

He added in a question-and-answer session with the press, “We’re reasonably confident the radio will be a relatively small part of the” overall chip. He said that the interference is dealt with on the fly, as the synthesizer isolates an interfering signal and then cancels it.