AI gym equipment startup Tonal today nabbed a $110 million round from new and existing investors. A spokesperson says the capital will enable Tonal to accelerate its marketing efforts, scale its supply chain and logistics, and roll out software upgrades and new workout content.

Shelter-in-place orders and office closures motivated by the pandemic have sent fitness equipment sales skyrocketing over the past few months. A report commissioned by eBay found that between March and April of this year, home gym sales increased up to 20 times in some categories compared with the same time frame last year. NPD Group reported that in March alone, fitness equipment sales rose 130% year-over-year, with benches up a whopping 259%.

Tonal, which says sales are up 12 times year-over-year, plans to collaborate with the Mayo Clinic on a clinical trial exploring physical therapy applications, the results of which are expected to be released in early 2021. The company is also expanding its presence in the hospitality space, with installations in the Four Seasons Palo Alto, Andaz Scottsdale Resort and Bungalows, the Waldorf Astoria Boca Raton Resort and Club, Proper Hotel and Residences, and the JW Marriott Anaheim. 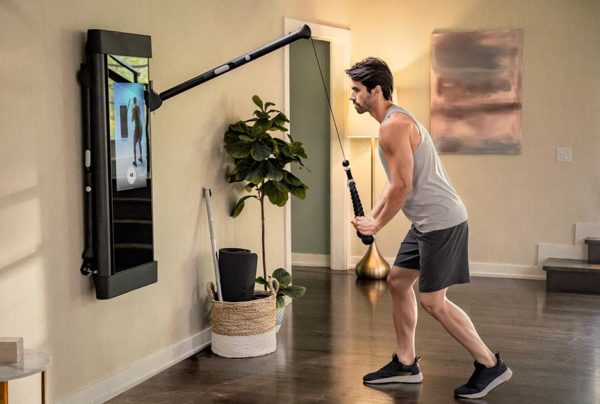 Tonal’s $2,995 equipment, which attaches to any wall with two studs, lets bodybuilders lift up to 200 pounds in one-pound increments. Adjustable arms and 17 different sensors support over 170 leg, arm, shoulder, back, core, and chest workouts. Tonal says its system of magnets and algorithms makes thousands of calculations a second to adjust on the fly, delivering inertia-free resistance in a form factor smaller than a flatscreen TV.

Each Tonal unit features an LED touchscreen that shows the hundreds of guided workouts available through the company’s $49 per month subscription program. (A companion smartphone app tracks progress and recommends newly released programs and coaches.) After taking a strength assessment, Tonal chooses the weight settings automatically corresponding to workout type (e.g., curls and lunges), reducing weight toward the end of sessions if it senses low resistance. 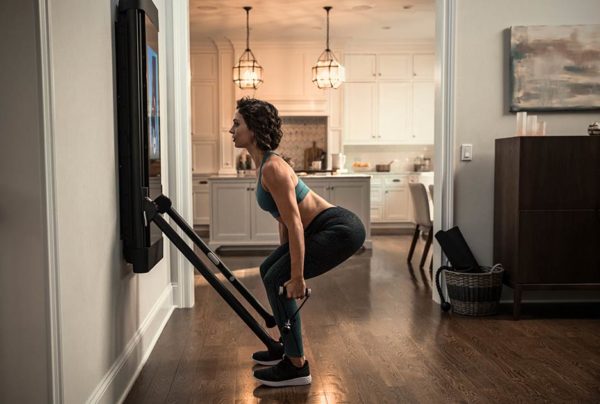 Analysts recently pegged the U.S. fitness industry at $30 billion, and the popularity of boutique fitness classes has grown 10 times in the last five years. Tonal competes with rivals like Peloton, which recently introduced entry-level products; Tempo which recently raised $60 million; and Vi, which is expanding availability of its earbuds and AI-powered running coach products.

But Tonal, which claims to have 95% of the market share in the connected strength segment, has celebrity endorsements on its side. The company claims “hundreds” of professional athletes (including half of NBA teams during this year’s playoff games) have used its equipment, and many notable figures have contributed to its previous funding rounds, including Serena Williams, Klay Thompson, Tony Gonzalez, Stephen Curry, Paul George, Bobby Wagner, Michelle Wie, Rudy Gay, and Kyle Rudolph.

L Catterton led the investment in San Francisco-based Tonal, with participation from new backers Delta-v Capital, the Amazon Alexa Fund, and Mousse Partners. The five-year-old company says a portion of the funding, which brings its total raised to over $200 million following a $45 million funding round in April 2019, is going to three new office locations and a retail presence expansion to 15 new markets across the U.S.