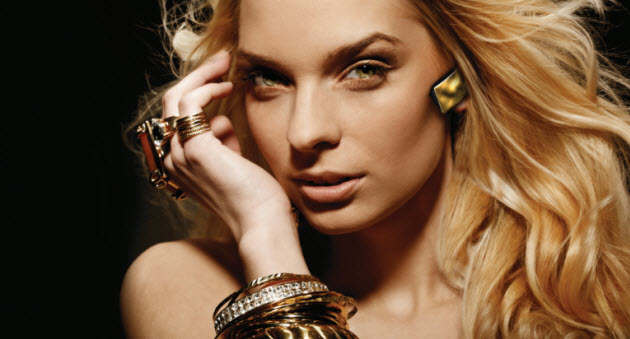 Aliph knows how to do good design. Its hot-selling Jawbone Bluetooth headset has won awards and seen great sales. Now the company is launching a new model of Bluetooth headset, dubbed Jawbone Icon, with an emphasis on intelligent audio processing.

This fourth-generation model will feature jewelry-like styles for women and cool gear for men. It also has more intelligence built into it, such as whispering into your ear when you have four hours of battery life or just 10 minutes left. It will sell for $99, a smaller price than its previous versions. 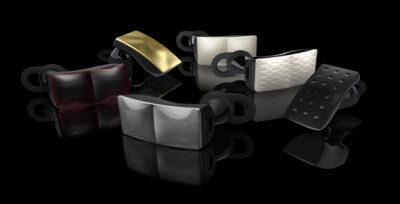 Aliph is also launching a beta test of its first software platform, MyTALK, which lets users personalize the Jawbone Icon to their own tastes. You can, for instance change the voice of the automated attendant that tells you who is calling. The caller ID voice — which lets you hear the name of a caller without diverting your eyes from the road while driving — can be a sultry female voice or that of a male acting like a rogue spy. The whole idea is that this just isn’t a cheap Bluetooth headset. It’s supposed to be evolving toward “wearable computing,” said Travis Bogard, an executive director at Aliph, in an interview.

Aliph was founded in 1999 by Alexander Asseily and Hosain Rahman to work on advanced noise cancellation technology. Touting “military grade” voice clarity, Aliph launched its first Jawbone Bluetooth headset in 2006, selling it at the hefty price of $120 when everything else sold for $40.

The company billed its headset as sounding even better than listening directly to a phone. The better sound comes from having three microphones built into the device. It also has a sensor that feels the movement of your jawbone and correlates that with your speech. Digital signal processing takes the data, strips out the noise, and then reproduces the sound. The noise is stripped out even when the user is silent. Aliph says the speech that comes through is more intelligible, letting you hear the difference between a “p” sound and a “b” sound.

Aliph followed up with a smaller version in 2008. The third-generation headset, the Jawbone Prime, arrived in April, 2009. The models all relied on a noise-cancellation technology dubbed Noise Assassin, which lets you hear in noisy areas such as airports. And the Jawbone models became the best-selling Bluetooth headsets at retailers such as Verizon Wireless and Best Buy. The company’s surveys showed four out of five people preferred using Jawbone with a phone over using only a cellphone itself.

The new design has buttons that let you do everything while the headset is on your ear. You don’t have to be looking at it to turn it on or off, and you can tell if it is on or off via the LED light or a blue color indicator that shows when it is in the on position. You can reprogram it to talk to you in French, German or Spanish. The MyTALK software also lets you customize a button to link directly to a service of your choice, such as free directory assistance, voice-to-text-message, and voice dial. If you use the headset with an iPhone, the iPhone will display a meter that shows how much battery is left in your headset. 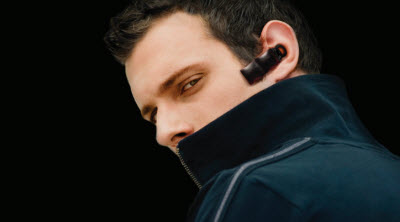 Altogether, there are six designs ranging from the Hero (right) for men to the Bombshell (pictured at top) for women (though they all look fairly gender neutral). The device is smaller and lighter (eight grams) than its predecessors. And the sound quality is better too. The new Noise Assassin technology can effectively cancel wind noise by 2.5 times. Talk time is about 4.5 hours and standby time is around 10 days. It can charge 80 percent of its battery in 35 minutes.

Today, it is available at Verizon stores and Aliph’s web site. It will soon be available at Apple, AT&T, Best Buy Mobile and other cell phone stores nationwide. It will be available overseas starting in March. The mytalk.jawbone.com site is invitation-only at the moment.

The company’s competitors include chip maker Audience, whose high-quality noise cancellation chips are used in phones such as the Google Nexus One.