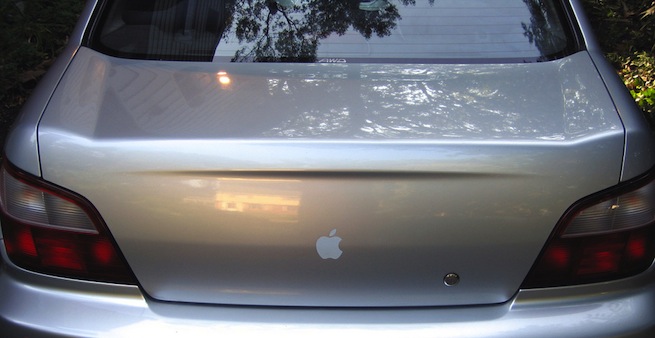 Steve Jobs evidently thought about disrupting everything. From computers, to phones, to televisions … to cars. Apple board member and J. Crew chief executive Mickey Drexler revealed the unfulfilled dream.

“Steve’s dream before he died was to design an iCar, and it would have been probably 50 percent of the market. He never did design it,” said Drexler at Fast Company‘s Innovation Uncensored conference.

Jobs seems to have dreamed of having his hands in every industry. An iCar undoubtedly would have been something to see. I imagine docks for your iPhone, Pod, and Pad, and a hot chocolate/cookie dispenser like the one from Tim Allen’s sleigh in The Santa Clause. It would also be a transformer. But, as Drexler notes, Jobs never designed the car. He may, however, have started designing a television, which is rumored to come out in 2013.

Drexler, whose company is known for great design in the fashion world, also said he wouldn’t want to be Tim Cook, Apple’s current CEO, and Steve Jobs’ successor.

“Never take over a company that’s doing great,” he said. “I love Tim Cook, but I wouldn’t want his job.”

Check out the video from Fast Company below: