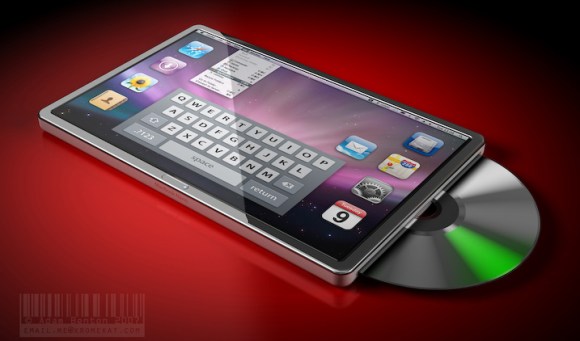 You could easily argue that the only thing stopping Apple from absolutely blowing away the competition in laptop sales is price point. In fact, I’ve argued the point in the past. Apple’s current cheapest notebook is the standard MacBook, which has a low-end retail price of $1,099. If you drop that below $1,000, especially in the current economic situation in the United States, things could get interesting — fast. And according to information provided to The Inquisitr’s Duncan Riley, that’s about to happen.

A source tells Riley that Apple is gearing up to launch a whole range of new laptops in the coming weeks, but that’s been known for awhile. The real juicy bit of information is the price range: $800 to $3,100. Yes, that would indicate we’re going to see an $800 (more likely $799) MacBook of some sort.

The source also tells Riley that there will be 12 varying price points in that range. The current MacBook line only has 8 different price points — so that could mean we’re going to see a whole new product, or an expansion of a line such as the ultra-thin MacBook Air.

Could the sub-$1,000 product be the Mac Tablet that many Apple fans dream about? Probably not; a low-end regular MacBook seems more likely.

Apple used to offer its iBook (the predecessor to the MacBook) at a $999 price point, but hasn’t had one in the sub-$1,000 range since then. I have an old iBook, it ran on the old Power PC chips, it was slow. The new sub-$1,000 laptops will undoubtedly run on Intel chips. For most users they should purr like kittens.

Of course, this is all rumor at this stage, but Riley is very confident in his source, who would appear to be on the retail end of things. If Apple is close to launching these new notebooks, it’s possible some price sheets are going around to make room for new inventory.

It’s also not clear if these new cheaper notebooks would be built using the rumored laser and water jet manufacturing process that has come to be known under the code-name “brick.” The name seems to come from the idea that this process cuts the frame of the laptops out of a single brick of aluminum.

Also no word on whether the rumored leaked shots of the new MacBook Pro casing from earlier today are real.

Update: For what it’s worth MacRumor’s Arnold Kim (who has a great track record with Apple rumors obviously), thinks it is unlikely that Apple retailers would get a price list this far in advance of a launch.

[the picture at the top is a mock-up of an Apple product — pretty, but not real]