Fresh from its gargantuan $300 million series D funding round, Automattic announced that it has hired a new chief financial officer (CFO) as part of a plan to generate “tens of billions” of dollars in revenue. The WordPress.com parent has lured Mark Davies away from his CFO role at Blackstone-owned smart home company Vivint, which announced yesterday that Davies was moving on.

“As we zoom past 1,100 employees in over 70 countries, we wanted a financial leader with experience taking businesses from hundreds of millions in revenue to billions and even tens of billions, as Mark has,” said Automattic CEO and founder Matt Mullenweg in a statement emailed to VentureBeat.

The company added that existing CFO Stuart West, who has been in the role since 2012, will remain at Automattic in a new position. This suggests the transition is amicable on all sides and that the company just needs a change to move to the next level. “He [West] built a talented finance team during a period of 10 times growth in staff and revenue and played an essential role in the success of our company,” Mullenweg added.

Automattic was valued at $3 billion at its recent round of funding, which was spearheaded entirely by Salesforce’s venture capital arm. While Automattic hasn’t given any indication of whether it plans to go public, there are signs it is at least thinking along those lines — even if increasing its revenues is a shorter-term priority. 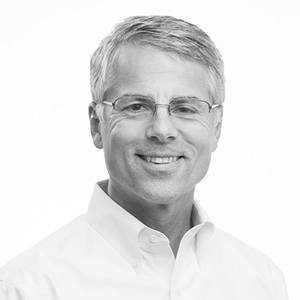 Vivint, which was acquired by Blackstone back in 2012 for $2 billion, is currently in the process of becoming a public entity via a merger with another company, called Mosaic Acquisition. Vivint also already claims north of $1 billion in revenue each year, with Davies — who joined as CFO in 2013 — presumably having played a notable part in that growth. Prior to Vivint, Davies worked for more than a decade at Dell, where he served in various roles, including CFO for Dell’s Global Consumer Group, a multi-billion dollar business in its own right.

While Automattic and Mullenweg are best known for the WordPress brand, including the for-profit WordPress.com and open source content management system (CMS) WordPress — which Mullenweg kickstarted — the company offers an extensive range of tools and services. These include Tumblr, which it recently purchased; long-form content platform Longreads; note-taking app Simplenote; ecommerce plugin WooCommerce; and a new suite of products called Happy Tools, designed for companies with a globally distributed workforce. Automattic itself is one of a number of high-profile companies that have sidestepped traditional headquarters and offices to allow employees to work entirely remotely.

“Automattic is creating the operating system for the web, from websites to ecommerce to social networks,” Mullenweg added. “I’m excited about working alongside such an experienced leader day to day, to build one of the defining technology companies of this era.”